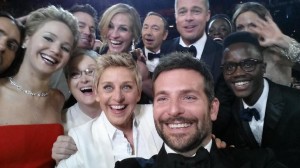 Samsung, who made the phone that took the picture that got retweeted over three million times, addressed both the donation and the question of whether they paid ABC to use the phone. They said, “While we were a sponsor of the Oscars and had an integration with ABC, we were delighted to see Ellen organically incorporate the device into the selfie moment that had everyone talking. A great surprise for everyone, she captured something that nobody expected. In honor of this epic moment and of course, the incredible response of nearly 3 million retweets, we wanted to make a donation to Ellen’s charities of choice: St Jude’s and the Humane Society. Samsung will donate 1.5 million dollars to each charity.”

Having seen various TV segments about St. Jude through the years, you know their free medical care for kids with cancer is a vital resource to families during a trying time. It’s great news that their work will be helped by a fun pop culture moment. 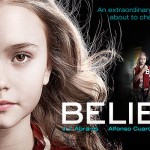 March 7, 2014 Will NBC's "Believe" and ABC's "Resurrection" Convey Emotional and Spiritual Truths?
Recent Comments
0 | Leave a Comment
"What was the name of the gentleman you were speaking to on CHristopher Closeup Sunday ..."
Katie Raggio Hossley Jimmy Kimmel Deserves an Emmy For ..."
"What a great article! Always loved the chracter and how it was developed from the ..."
Rick Malloy, S.J. The Catholic Church (and the Jesuits) ..."
"I loved the show and Father Francis John Patrick Mulcahy S.J played by the actor ..."
Fr.Ed Wade,CC The Catholic Church (and the Jesuits) ..."
"What a great tribute to a fine actor. As a Catholic I was never more ..."
RajunCajun The Catholic Church (and the Jesuits) ..."
Browse Our Archives
get the latest from
Catholic
Sign up for our newsletter
POPULAR AT PATHEOS Catholic
1