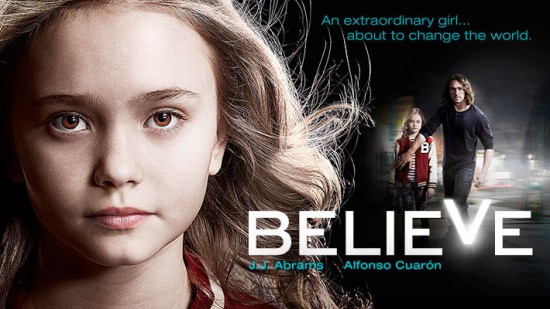 With titles like “Believe” and “Resurrection,” you might think that two new TV series include a religious, or at least supernatural, dimension. But do they really?

“Believe” premieres on NBC Monday March 11 at 10pm, and stems from an impressive pedigree, with executive producers that include J.J. Abrams (“Lost,” “Fringe”) and Academy Award winner Alfonso Cuaron (“Gravity”). In fact, “Believe’s” pilot was directed by Cuaron.

The show tells the story of a ten-year-old girl named Bo (Johnny Sequoyah), who was born with mysterious powers that include an ability to see the future, read minds, levitate objects, and control nature. Seemingly an orphan, Bo is living with foster parents as the series begins, though she is protected from afar by Milton Winter (Delroy Lindo) and his crew, who are trying to keep evil rich guy Roman Skouras (Kyle MacLachlan) from getting his power-hungry hands on her.

When Bo’s foster parents are run off the road and murdered, she is taken to a hospital to recover. Winter takes this opportunity to break a falsely-imprisoned death row inmate named Tate (Jake McLaughlin) out of jail to be Bo’s new guardian. The series premiere largely focuses on Tate’s initial reluctance to accept his assignment, repeated attempts to kidnap Bo, and Bo’s interest in helping other people with her powers.

It appears that “Believe” wants to be an action-adventure show, while also telling more emotional, personal stories through the recipients of Bo’s kindness. In the pilot, that’s evidenced by the subplot of a doctor who wants to quit his job after he can’t save a dying patient. His doubts are exacerbated by the fact that his father, now comatose and unable to speak, never demonstrated any faith in his abilities. When Bo crosses paths with this doctor, her insights help him believe in himself again, thereby changing his life. And the resolution of his “senga” mystery (you’ll have to watch the show for that one) was incredibly clever.

Despite Bo’s powers, there’s no immediate suggestion that they’re supernatural. She seems like she could be an early-stage X-Man with growing mutant abilities – or maybe a better comparison would be to the recently-revived NBC show “Heroes,” which dealt with similar themes. Then again, it’s too early to know for sure where the writers will take this part of the story. 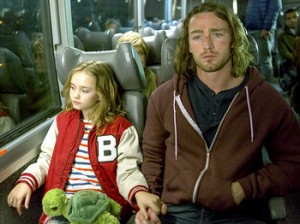 The chemistry between Tate and Bo is one of the show’s strengths. Their bickering banter adds some humor amidst the chaos. They also produce the most effective emotional moment in the entire episode.

When Tate enters Bo’s hospital room to rescue her, he is moved by the sight of her lying in bed and starts silently crying. When Bo notices this, she says to him, “Do you know why you were crying? You remembered you were good once.”

It’s the one suggestion of real depth, of redemptive possibility, in the script: this idea that the sight or remembrance of something beautiful can move us to tears and make us want to be better.

Beyond that, the pilot was mostly average in that it involved a lot of set up. A couple of scenes even took me out of the story. For instance, Bo’s reaction to her foster parents being dead comes across as too matter-of-fact for a child. It’s like she hears about it, then is over it quickly. Granted, they were only her parents for a couple of weeks, but that reaction was still jarring for me as a viewer. Maybe the writers will reveal down the line that Bo has become desensitized to loss because it’s followed her all her life, but there’s no reason given for it here.

The other scene that aggravated me was the kidnapping attempt in the hospital. For one thing, when a violent woman is stalking through the hallway carrying a gun, you’d think police or security might show up at some point. But even worse was the fact that Bo and Tate escape by climbing through the easily-opened second story window of a patient’s room. I’m only familiar with a couple of hospitals in New York City, but I’ve never seen a window that opened, much less opened at a touch. Suspension of disbelief in action scenes is par for the course in TV and movies, but this one seemed ridiculous considering the medical setting.

That being said, “Believe” includes enough elements that could make the coming episodes an interesting journey. 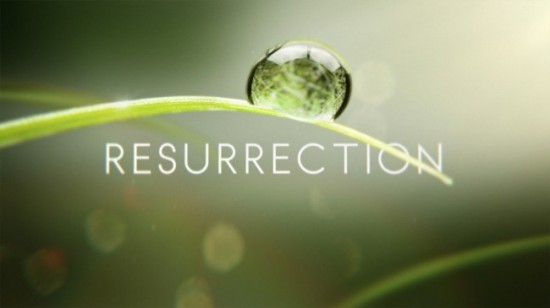 A show that’s foundation is built on emotion is ABC’s “Resurrection,” premiering Sunday March 9 at 9pm Eastern/8pm Central. When an eight-year-old American boy named Jacob (Langdon Gimenez) wakes up in a rice paddy in China, no one knows what to make of it. Jacob remembers he’s from Arcadia, Missouri, so immigration agent J. Martin Bellamy (Omar Epps) returns him to his home, hoping to figure out the mystery of who he is and how he got to China.

Arriving at the home of Henry and Lucille Langston (Kurtwood Smith and Frances Fisher), Bellamy inquires about their son, only to be informed that he drowned 32 years ago when he was a child. Imagine their surprise when Jacob comes running through the door looking just like he did the last time they saw him alive.

At first, they’re understandably reluctant to believe this could actually be their child, but they grow more convinced as the episode progresses. The question then is how did this child return from the dead? And how are other residents of Arcadia also returning from the dead?

The resurrection of the dead at Jesus’s return is a core Christian doctrine, and with a character who’s a pastor, religious beliefs about the afterlife are sure to be addressed in this show. Time will tell if they’re addressed intelligently or with a minimal understanding of theology. For instance, will characters remember an afterlife? If so, what was it like? Is returning to human life on earth a positive or a negative? Of course, this all assumes the characters were actually dead, that they’re not alien constructs or clones of some kind. 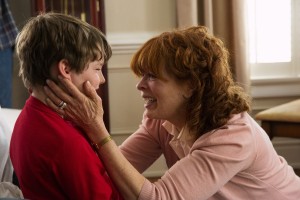 The pilot, however, doesn’t get too deeply into that, focusing mostly on the emotion of friends and relatives reuniting with their long lost loved ones. It’s a scenario anyone could relate to since we’ve all suffered through the deaths of people we care about. Can you imagine hugging your parent, your child, or your spouse again years after you thought you’d never see them again, at least in this life? Would you do things differently if you got a second chance at a relationship?

While the premise is intriguing, the episode is incredibly earnest and heavy. Again, the story has potential, but it’s too soon to tell whether or not it will live up to that potential.

You can’t always judge a series by its pilot. Some connect with viewers quickly, like “Lost.” Others take time to find their groove, like “Marvel’s Agents of S.H.I.E.L.D.”

The key for both “Believe” and “Resurrection,” in my opinion, will be how the show’s deeper elements – the spiritual or supernatural – play out. They can’t get away with just being a mystery of the week; they’ve got to convey some kind of deeper truth about humanity and the visible and invisible world around us. Hopefully, they’ll be up to the task.

RELATED: Mark Tapson shares his opinion on “Resurrection” at Acculturated. 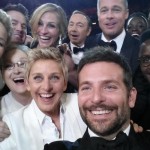