NEW YORK, May 1, 2014 — At the 65th annual Christopher Awards ceremony on Thursday, May 15th, The Christophers will honor a chaplain, who works at six Indiana state prisons, with this year’s James Keller Award, and a veteran comedy writer for hits including “Cheers” and “Seinfeld” with the 2014 Christopher Spirit Award.

Father David T. Link, a lawyer-turned-priest, is recipient of the James Keller Award and Tom Leopold, a Catholic convert who shares the story of his daughter’s life-threatening eating disorder in order to help others, will accept the Christopher Spirit Award.

The James Keller Award, named after The Christophers’ founder, recognizes individuals who put their faith into action and change the world for the better. Previous winners include former New York Jet and patron of critically ill children Marty Lyons and Special Olympics founder Eunice Shriver. 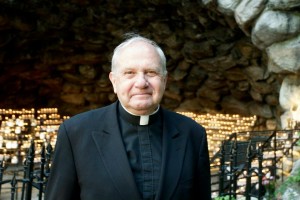 As a young lawyer, David T. Link reserved one day a week to counsel those who couldn’t afford to pay him, and served as cofounder of the Center for the Homeless in South Bend, Indiana. He began teaching at Notre Dame in 1970 and served as dean of its law school from 1975 to 1999. During those years, students carved out careers marked by pro bono work and civil rights activism with a view of the legal profession as something noble.

With his career winding down, Link’s wife, Barbara, suggested that he try volunteering in prison ministry. At the Indiana State Prison in Michigan City, he found himself teaching “lifers” and marveled at their eagerness to learn. “They’re all children of God,” he said.

After Barbara died in 2003, Link stepped up his volunteer work at the prison as a sort of therapy. His bishop in the Diocese of Gary, Dale Melczek, asked him to consider entering the seminary so he could serve as the prison chaplain. Link took that suggestion and was ordained at age 71. His enthusiasm for his calling continues to this day. “I need to bring [these prisoners] hope, and knowledge of eternal life,” he said. “And I love that.” Father Link’s life and work were recently profiled in the book “Camerado, I Give You My Hand,” by Maura Poston Zagrans. 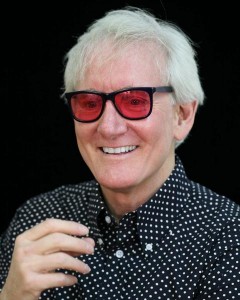 The Christopher Spirit Award honors individuals or projects that reflect the Christopher motto, “It’s better to light one candle than to curse the darkness.” Veteran comedy writer Tom Leopold experienced an intense period of darkness when his 12-year-old daughter began struggling with a life-threatening eating disorder. “It’s a whole lot easier to hold your heart together when it’s you who does the suffering,” he wrote on the United States Conference of Catholic Bishops blog, “but when it’s your child and nobody can fix her…Well, it would take more than a comedy writer to say how it feels.”

Two years later, with progress still hard to come by, Leopold, who was born Jewish but wasn’t religious, prayed to God for help, saying, “I just can’t make it alone.” That simple prayer, voiced on Christmas day, set Leopold on a spiritual journey that eventually led him to convert to Catholicism. He shares his journey of faith in the one-man show “A Comedy Writer Finds God” and co-hosts the program “Entertaining Truth” on Sirius-XM’s The Catholic Channel. 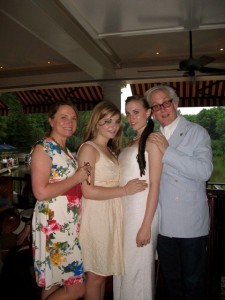 Leopold expresses gratitude for the kindness and compassion many people showed him during his struggles and search for God. He also shares his daughter’s story so that others in similar situations know there is a kindred spirit out there who feels for them and has walked in their shoes. Leopold says, “Does my daughter still suffer? She does, we all still do, but now I feel the Lord’s grace. We are not alone.”

The Christophers, a nonprofit organization, is rooted in the Judeo-Christian tradition of service to God and humanity. The ancient Chinese proverb —“It’s better to light one candle than to curse the darkness”— guides its publishing, radio, online and awards programs. More information about The Christophers is available at www.christophers.org. 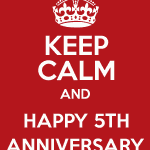