Dawn of the Planet of the Apes: A Parable about War, Violence, and Human Nature

Some people claim that organized religion is the root of all evil and violence in the world – that without disputes over God, humanity would live in relative peace. I thought of those people while watching “Dawn of the Planet of the Apes,” which presents a world in which violence and war still exist without a hint of God or religion. That’s because this entertaining and thought-provoking parable about human nature understands that the evil that men (and apes) do is rooted in power, self-absorption and fear. All other reasons – from God to politics to land to race to money – are just secondary excuses.

The film begins 10 years after a simian virus has wiped out much of humanity. A faction of highly evolved apes with the ability to speak are living relatively peacefully in the mountains of California and being led by Caesar (Andy Serkis). Because of the kind doctor that raised him, Caesar has a fondness for humans – though his time as experimental fodder in a laboratory also makes him aware of their propensity to do horrific things.

On the other hand, his fellow ape, Koba, harbors a deep antagonism for humanity because of the way he was abused in that same lab before he and Caesar escaped.

One day, a group of surviving humans, who don’t know of the apes’ existence, stumble into their territory looking for a dam their community can use as a power source for electricity. When Carver (Kirk Acevedo), one of the humans, is confronted by two apes, he shoots one out of fear before the more rational and peaceful team leaders – Malcolm (Jason Clarke), Ellie (Keri Russell), and Alex (Kodi-Smit-McPhee) – can intercede.

Caesar is furious at the violence that humans have introduced to their community, but he still believes that humans and apes can share the same world without getting in each others’ way. Koba, however, believes that the apes need to kill and enslave all the humans before the human’s kill and enslave all the apes. And when Koba spies an opportunity to dethrone Caesar and seize power for himself, he uses any means necessary to do so.

It’s interesting that both the human and ape community’s descent into violence is instigated by only two characters. For the humans, it’s Carver, who is driven by revenge because he believes the apes are somehow responsible for his family’s death – and the deaths of all those who succumbed to the virus. For the apes, it’s Koba, also driven by revenge for the treatment he received at human hands. Each one’s anger is driven by a lust for power that would allow them to dominate each other.

That’s it. Two individuals are able to drag this world into eventual war. Why? For the same reason that mobs can create an ever-expanding cycle of violence. Sinking to the depths of your nature is easy because it’s the path of least resistance, especially when sycophants are egging you on. Following the better angels of your nature takes a lot more effort because it requires you to raise yourself up.

There are numerous tender moments in the film that show what the world would be like if both humans and apes acted in the latter way, moments in which they view each other through the eyes of dignity, gentleness, and grace. When Caesar’s baby son crawls over Ellie and Alex, for instance, they can’t help but smile just like they would if a human baby did the same thing. There’s a joyfulness there that appreciates innocence and goodness, that transcends pure self-interest and worldliness to connect with a higher love that binds everyone.

The characters who live this way, though, have made it a habit to do so. Their virtue doesn’t just magically appear, but emerges from a worldview that takes others interests’ into consideration.

Malcolm, Ellie, and Alex all lost family members to the virus, but they didn’t sink into the all-consuming bitterness and despair that leads to evil. Instead, they’re trying to rebuild society in a manner that benefits everyone. Caesar has done the same for the apes. Instead of wallowing in hatred for the way some humans treated him, he accepts the more complex view that good and bad can co-exist in the same species and the same individuals. And though Caesar assumes apes are by nature different from humans in their capacity for violence and hatred, he soon learns differently.

One reviewer mentioned that Koba was also a nickname of Soviet dictator Joseph Stalin, under whose rule tens of millions of citizens were murdered. Stalin would surely insist he did what had to be done for the good of the country. But as Caesar comes to tell his nemesis in the movie – Koba isn’t killings humans for the apes; Koba is doing it for Koba.

While summer action movies often indulge in mindless-but-fun entertainment, “Dawn of the Planet of the Apes” instead leaves you with some important ideas to consider after you leave the theater. Without any kind of preachiness or agenda, it offers a meditation on war, violence, human nature, and the struggle for peace that makes it a cut above your average blockbuster. 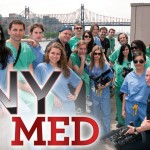 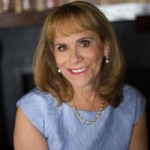 Catholic
Being an 'Angel on Earth' Can Lead to...
Christopher Closeup
TRENDING AT PATHEOS Catholic