Jack Bauer, Vengeance, and Agape: A Review of the “24: Live Another Day” Finale

You wouldn’t expect a TV series with as high and bloody a body count as “24: Live Another Day” to include the concept of agape love, but the finale offered exactly that in the midst of its assassinations and even a beheading.

After a four year absence, “24: Live Another Day” reintroduced the adventures of Jack Bauer to TV audiences with a slight adjustment. The series would only include 12 episodes instead of the usual 24. That proved to be a wise decision because it eliminated all the bloat, filler, and unnecessary plot twists required to stretch the storyline to that time requirement.

The writers and producers had already done an exceptionally good job this season, especially in light of the way they faked me and many viewers out with President Heller’s (William Devane) supposed death a few weeks ago. As I noted in the post I wrote about that episode, Devane did some of his best work during that hour. Though he wasn’t in the finale quite as much, he matched and even surpassed his performance in the previous episode.

Why? Because the character death in this episode, written by executive producers Manny Coto and Evan Katz, wasn’t a ruse; it was real. And it produced as much genuine emotion as “24” ever has.

Once again, Jack Bauer is trying to save the world from catastrophe: specifically, a new world war between the U.S. and China that was started by Jack’s longtime nemesis, Cheng Zhi (Tzi Ma), using a device that can hack into military systems to do pretty much anything he wants. Cheng is also threatening to kill Jack’s former love Audrey Heller (Kim Raver), the president’s daughter, by having an assassin shoot her in a local park should his plan go awry.

Jack sends his new partner, Kate Morgan (Yvonne Strahovski), off to save Audrey while he heads for Cheng’s escape route. Along the way, Jack picks up Chloe (Mary Lynn Rajskub) who volunteers to help him to make up for the part she unintentionally played in some of the violence that happened that day. Jack is a little reluctant to trust Chloe at first, but she reminds him that he needs her because she’s the only real friend he’s got, whether he’s willing to admit it or not.

Though Kate saves Audrey from Cheng’s original assassin, she is unprepared for a second shooter who arrives soon after. Audrey is gunned down and can’t be saved, leaving a guilt-ridden Kate to inform Jack of what happened.

Jack has made headway in capturing Cheng by this point, but the news leads him to the brink of suicide. The only reason he even emerged from his four years of hiding was to save Audrey and her father because of the love and respect he had for both of them. Now he’s lost his last true romantic love and it leads him to despair. At least until his desire for vengeance kicks in.

Jack picks himself up, captures Cheng, and delivers proof to President Heller that he orchestrated the incident with the Chinese. Heller then shares that information with the Chinese president, allowing the two countries to avoid war. Jack, however, unleashes his rage by beheading Cheng with extreme prejudice.

When Jack goes to find Chloe after the incident, he finds that she has been kidnapped by the Russians who are willing to trade her if he gives himself up to them. And that’s where the concept of agape comes in.

This is the Greek word for love at its ultimate. Agape love is not like a brotherly love or a love between a husband and a wife. It is the most self-sacrificing love that there is. This type of love is the love that God has for His own children. This type of love is what was displayed on the cross by Jesus Christ. In John 3:16 it is written that “God so loved (agapao) the world that He gave His only begotten Son that whoever believes in Him shall not perish but have everlasting life.” If a husband and father had a choice to have his family and his children die or for him to die and he chose to die for them. that is similar to what “agape” love is, but God’s love is even greater than this.

While Jack’s expression of agape may be mitigated by the rage and despair in his heart, he comes to make a sacrificial choice that nevertheless puts him in that category. Though realizing that he will be tortured by the Russians, he hands himself over to them to save Chloe’s life.

As the exchange is being made, Jack and Chloe pass each other and Chloe stops to tell Jack he doesn’t have to do this. Jack responds that she was right about being his only true friend, and he is doing this consciously and willingly in order to save her for that reason.

Through “24’s” original eight season run, Jack grew into something of a terminator, mowing down whoever was in his way. Experiences of genuine emotion seemed to elude him because there were so few characters with whom he developed bonds. His relationships grew superficial.

In “Live Another Day,” however, the writers hit all the right notes and gave Jack some real human moments. His devastation at the news of Audrey’s death was one. His sacrifice for Chloe was the other. Sutherland and Rajskub have worked together for so long now that the bond between their characters is palpable. Their final exchange made for one of the series’ greatest moments in its nine-season run.

Credit must also be given to the other featured actors. Kim Raver’s quiet-but-strong performance as Audrey made her underlying romantic tension with Jack believable. Even more powerful was William Devane’s reaction to the news of his daughter’s murder and then the oversight of her flight back to the U.S. The president, who was ready to resign due to Alzheimer’s, delivered a moving recollection of his daughter and left viewers wondering if the inability to remember what happened might be a blessing for this man’s profound, soul-shattering loss.

Finally, there is the new addition of Strahovski as Kate Morgan who, for all intents and purposes, has become a female version of Jack – one whose guilt and losses drive her to the edge and leave her feeling alone in the world. Strahovski honed her tough-but-vulnerable character skills during her five years playing Sarah Walker on the comedy-adventure series “Chuck.” She fit right in to the darker atmosphere of “24” and has given the show its best new character in many years.

So what’s next? There’s no word yet if there will be another season, though it would make sense for Chloe and Kate to try to save Jack from the Russians. Regardless, “24: Live Another Day” gave us a poignant and heartfelt ending to a thrill ride of a season. And it left Jack Bauer a hero in the deepest sense of the word. 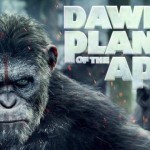 July 12, 2014
Dawn of the Planet of the Apes: A Parable about War, Violence, and Human Nature
Next Post