It’s no surprise that Jennifer Hudson can sing the heck out of the song “And I am Telling You I’m Not Going” from the movie “Dreamgirls,” which won her a Best Supporting Actress Oscar. However, the fact that a 12-year-old can match her vocal abilities and make the song that much better might be unexpected. But that’s exactly what happened when “America’s Got Talent” contestant Quintavious Johnson dueted with Hudson on Wednesday night’s finale.

Quintavious – who sings at his church in Franklin, Tennessee – has been a judge’s favorite and fan favorite all along. When host Nick Cannon asked him how he feels about his talent earlier in the season, his response was, “To God be the glory.”

Quintavious earned fifth place on AGT, but he may be a voice you hear from again. Here’s a clip of his duet with Hudson. 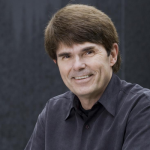 September 18, 2014
Deal with Troubles, But Don't Lose Track of the World's Beauty: An Interview with Dean Koontz
Next Post 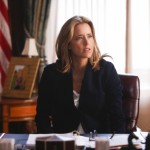 September 22, 2014 Politics, Media, & Even Some Aquinas: A Review of the "Madam Secretary" Pilot
Recent Comments
0 | Leave a Comment
Browse Our Archives
get the latest from
Catholic
Sign up for our newsletter
POPULAR AT PATHEOS Catholic
1