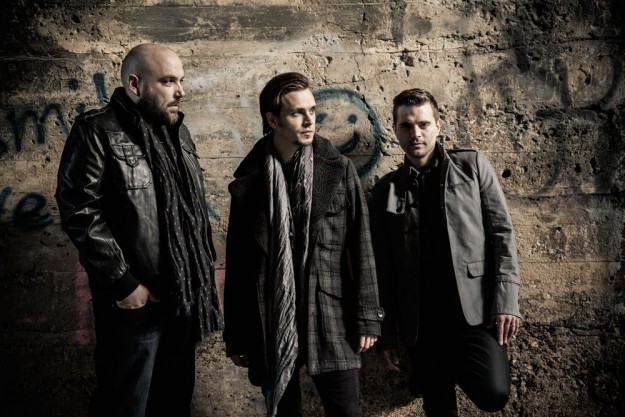 There aren’t a lot of rock albums out there that were partially inspired by G.K. Chesterton, so Jonathan Jackson + Enation have created something unique.

Jonathan is a five-time Emmy winner for his role as Lucky Spencer on “General Hospital” – and he now stars in the TV series “Nashville” as musician Avery Barkley. But Jonathan doesn’t just play a singer-songwriter on television; he’s actually been making music for much of his life and continues to do so with his brother Richard Lee Jackson and friend Daniel Sweatt, who make up Enation.

Though they’ve recorded several indie albums, their latest one, “Radio Cinematic,” is their first studio album and they’ve never sounded better. The one thing that has remained consistent about their work is the spiritual depth they bring to their material.

During a recent interview with the band on “Christopher Closeup,” Jonathan said, “A lot of the songs for us have romantic overtones, but they also have overtones of faith and a relationship with God. People can relate to them from wherever they’re coming from in their lives.”

So how was “Radio Cinematic” inspired by Chesterton? Jonathan explained, “I love G.K. Chesterton. I’m a huge C.S. Lewis fan and I discovered that he was influenced by Chesterton, so I started reading some of his work. But there was a particular theme in one of his books. I can’t remember if it was in ‘Orthodoxy’ or ‘The Everlasting Man.’ It had to do with your second childhood. And in his witty, brilliant way, he talked about – as you grow up, you get this invitation to enter your second childhood. I have felt that in my own life. Growing up, the world has its way of beating you down. I think one of the toughest things to live with is genuine joy. So in the band, we’ve always seen joy and having a sense of hope as a kind of rebellion. It’s not this passive, docile, soft thing that people oftentimes think. It actually comes from a place of having to fight.”

Richard added, “Themes in this record are about looking back and wondering how you can have that sense of wonder and keep that sense of wonder. Being in a band for 10 years, it would be easy to start becoming jaded to some respect. And we’re all married with kids, and as wonderful as that is, there’s always this lurking temptation to have some of that jadedness enter into your relationships as well. I think the album explores some of those themes.”

Daniel agreed, noting that with the responsibilities of work and family, it’s easy to just go through life with your head down and sleepwalk through things. Being excited and enjoying the journey becomes a choice.

That choice is reflected in the album’s first single “Everything is Possible,” which Richard describes as “a midnight prayer,” especially the chorus which states “Love. Everything is possible with you.”

A Mature Hope and the Depths of Love

One of the interesting creative choices made by Jonathan Jackson + Enation on “Radio Cinematic” is starting and ending the album with two different versions of a song called “Young World’s Riot.” The early track exudes innocence, hope, and joy. But in the closing track, while the hope and joy remain, they’re much more tempered and mature.

Jonathan believes that reflects the experience of the human heart: “Entering your second childhood is a paradox because you’re re-entering this place of innocence and wonder – and yet there’s less naivete. You’ve had all these experiences. You’ve walked through some dark places. So on the album, we wanted to have a great deal of honesty. It doesn’t do any good to just have a glossy picture of life and say, ‘Everything’s okay, everything’s possible.’ It has to have the tension and the reality of conflict because that’s what life is.”

The song that precedes “Young World’s Riot” is called “Even the Flames are Love,” and it’s a spiritual set up for the closing track. Jonathan noted, “The whole journey of the record is this question: how do we get back to that primordial joy? Because we all lose it. It’s not something you hold onto easily. So ‘Even the Flames are Love’ [refers to] the depth that love will go to. To me it was about the fact that God would actually go to the depths of Hell to heal us and be with us: ‘I would descend into Hell for you.’ That’s a powerful thing to think about.”

A Commitment to Syrian Refugees and Human Trafficking Victims

The hellish situation for Christians being persecuted in Syria served as the impetus behind the song “A Far Away Reality.” Several years ago, before the American media began covering the war there, Jonathan met a monk from Mount Athos in Greece, who told him about the conflict. Heartbroken by the suffering he was hearing about, Jonathan wanted to express the victims’ stories artistically and raise awareness.

When he sat down to write the song, it came out quickly as if it was writing itself. The lyrics include, “Every war is a civil war / Cut from the edge of a broken sword. / We all bleed the same red. / We all weep for our dead. / It’s as close as a mother’s tears./ It’s as far away as your apathy. / It’s a far away reality / When you don’t hear them call.”

Enation isn’t only raising awareness about this far away reality; they actively support The Syria Project which helps refugees. In addition, they also have a longstanding commitment to the anti-human trafficking organization Not For Sale.

Said Richard, “They go into different countries and find ways to help people get out of the human trafficking situation. Oftentimes there’ll be rehabilitation, jobs, they’ll work with lawyers to help fight against human trafficking within the laws of the country. Their [appeal to others] is, ‘Just bring who you are and the gifts that you have to this fight. Whatever that is, it’s needed.’ So for us being artists, having music available to help support them and playing events for them – we’ve been able to play at their Global Forum, for instance, a few times – anything we can do to help them fight human trafficking is something we’re excited to be a part of.”

The Feeling Has to be Stronger Than the Thought

As I was listening to “Radio Cinematic,” I was reminded of the Flannery O’Connor quote, “A story is a way to say something that can’t be said any other way.” The same holds true for the songs on the album. It’s not just the words, it’s not just the music. It’s the total experience that wouldn’t be effective any other way.

Daniel said, “We’ve always tried to tell stories and paint pictures with the songs and the sonic landscape. So if we can achieve that in any way, I think we can consider ourselves successful in trying to communicate how we feel.”

Reflecting on the power of music, Jonathan added, “I think maybe Daniel Lanois said, ‘A feeling is stronger than a thought.’ So it’s a delicate balance when you have a lot of ideas that you love to put into lyrics or stories or whatever. But at the end of the day, the feeling that the song gives you has to be stronger than the thought. Then the thoughts are there underneath the feeling.” 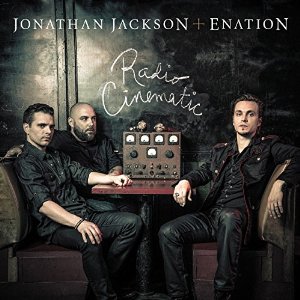 In conclusion, Jonathan noted the effect he hopes “Radio Cinematic” has on the people who listen to it: “C.S. Lewis said, ‘We read to know we’re not alone.’ I think music is the same thing. We listen to music to know we’re not alone. So if someone were to listen to our record and feel known and feel like there’s this common humanity and it makes them feel like they’re not on their own, that would be amazing.”

(To listen to my full interview with Jonathan Jackson, Richard Lee Jackson, and Daniel Sweatt about “Radio Cinematic” and Jonathan’s work on “Nashville” this season, click on the podcast link):

RELATED: Hollywood, Jesus and the Monks of Mount Athos: A Conversation with Actor Jonathan Jackson 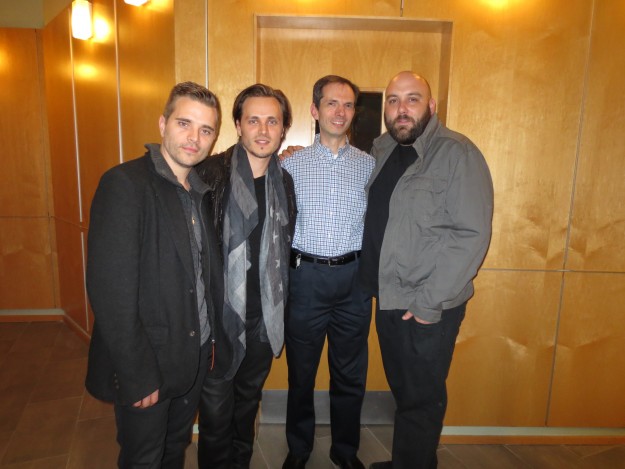 November 18, 2014
Look to Him for Your Sight and Find Something Divine Inside
Next Post

November 20, 2014 VIDEO: Father Jonathan Morris on Deciding To Live Your Life for God
Recent Comments
0 | Leave a Comment
Browse Our Archives
get the latest from
Catholic
Sign up for our newsletter
POPULAR AT PATHEOS Catholic
1