I Find God in Suffering: The Fate and Faith of ISIS Captive Kayla Mueller 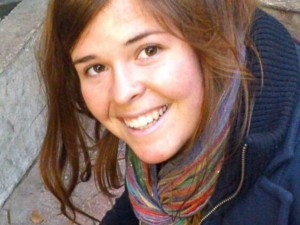 (Photo property of The Mueller family)

The heartbroken parents of Kayla Mueller, the American humanitarian worker held hostage by ISIS, confirmed today that their daughter was indeed dead – though how exactly she was killed remains a mystery.

Hopefully, the Muellers find some comfort in their faith and the prayers of people around the world who mourn the loss of their daughter from a distance. FoxNews.com reports that Kayla’s faith in God was partially responsible for the work she chose to do helping refugees in Syria. Here are some excerpts:

Images of children suffering in the early stages of Syria’s ongoing civil war prompted Mueller to leave her home in Prescott, Ariz., in December 2012, to work with the Danish Refugee Council and the humanitarian organization Support to Life to help refugees. According to a family spokesperson, Kayla found the work heartbreaking but compelling.

Mueller was captured on Aug. 4, 2013, in Aleppo, Syria — 10 days before her 25th birthday — while leaving a Spanish hospital staffed by the international humanitarian group Doctors without Borders.

In a letter written during her captivity in November 2014 and released to the public on Tuesday, Mueller wrote to her family, “If you could say I have ‘suffered’ at all throughout this whole experience it is only in knowing how much suffering I have put you all through.”

“I have a lot of fight left inside of me. I am not breaking down + I will not give in no matter how long it takes,” wrote Mueller, a 2009 graduate of Northern Arizona University. “I know you would want me to remain strong. That is exactly what I am doing. Do not fear for me, continue to pray as will I + by God’s will we will be together soon.”…

…In confirming her death Tuesday, the Mueller family quoted another letter the young woman penned to her father on his birthday in 2011.

“I find God in the suffering eyes reflected in mine. If this is how you are revealed to me, this is how I will forever seek you,” Kayla wrote in the letter.

UPDATE: Kayla Mueller’s last letter to her parents has been released in full. Here is an excerpt:

I remember mom always telling me that all in all in the end the only one you really have is God. I have come to a place in experience where, in every sense of the word, I have surrendered myself to our creator b/c literally there was no else…. + by God + by your prayers I have felt tenderly cradled in freefall.

I have been shown in darkness, light + have learned that even in prison, one can be free. I am grateful. I have come to see that there is good in every situation, sometimes we just have to look for it. I pray each each day that if nothing else, you have felt a certain closeness + surrender to God as well + have formed a bond of love + support amongst one another…

February 10, 2015
VIDEO: Father Jonathan Morris on Creating a Business Plan For Your Soul
Next Post 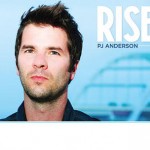