Jim Gaffigan: I Love Talking About Religion & Making It Appeal to Others 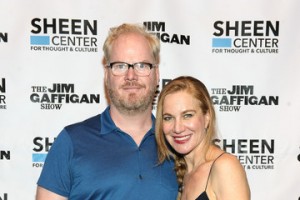 The recently opened Sheen Center for Thought and Culture in downtown Manhattan hosted a panel discussion and screening of Jim and Jeannie Gaffigan’s TV Land comedy series “The Jim Gaffigan Show” this past Tuesday night.

Though I wasn’t there, The Christophers’ Father Jonathan Morris served as the moderator and discussed the topic of religion with the couple who incorporate their own Catholicism into the show. Notably, they draw laughs from the Church without mocking it or denigrating it. That approach is working so well for Gaffigan that his series was picked up for a second season and he will be performing for Pope Francis at the World Meeting of Families in Philadelphia next week.

Here’s a one-minute video with a few clips from the Sheen Center event: 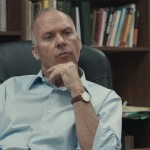 September 16, 2015
Michael Keaton on His Role as Reporter Who Exposed Church's Sex Abuse Scandal
Next Post 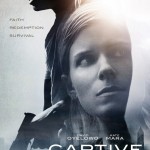 September 18, 2015 "Captive" is a Compelling Hostage Drama with a Touch of Grace
Recent Comments
0 | Leave a Comment
Browse Our Archives
Follow Us!