Educational TV, Beer Commercials, and ‘The Gospel According to Sesame Street’ 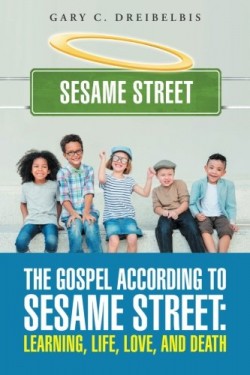 Everybody’s heard of the TV series “Sesame Street,” but what you may not know is that Father James Keller, the founder of The Christophers, was an inspiration to Joan Ganz Cooney, who created the show. During her college years, she heard him give a talk about the need for people to get into the media, writing, and entertainment industries to create quality programming grounded in good values. She took that advice to heart, and it guided her efforts.

In fact, “Sesame Street” has more moral and spiritual dimensions than we may realize. That’s something that professor and author Gary Dreibelbis points out in his book, “The Gospel According to Sesame Street.”

Gary joined me recently on “Christopher Closeup.” Here are excerpts from our conversation. The full podcast can be found at the end.

Tony Rossi: “Sesame Street” is known as being great educational TV for kids, but there aren’t generally any overt religious themes addressed in the show. How are you able to read between the lines, so to speak, and see that there is a gospel according to Sesame Street?

Gary Dreibelbis: You’re right in that regard. The show originally was to teach numbers, letters of the alphabet, cognitive skills. But as it progressed, what happened was it got more into feelings and effective things. The underlying principle, if you look at the last 45 years of the show, is following the golden rule. That’s really one of the bases of the show at this point. The other thing is [it asks], Who is your neighbor? Really, everybody’s your neighbor.

TR: I mentioned in my intro that The Christophers’ founder, Father James Keller, helped inspire Joan Ganz Cooney, who created the show about 45 years ago…What about some of the other early influences in her life. I know she went to a Jesuit school, and she saw her mother giving sandwiches to homeless men. How did those incidents, do you think, affect her life and what she did afterwards?

Gary Dreibelbis: I think that was really the basis for what she did as far as social justice later on. As far as going to Jesuit school, she learned very good debating skills from the Jesuits. So when she had to make a case as far as raising money for “Sesame Street,” going in front of Congress and Congressional hearings, as far as saying this is why you should support this program, she was amazing. I think that early training – and also learning from her mother as far as giving back – all that was very important.

TR: What was the state of TV for kids at the time that Joan developed “Sesame Street?” Was there an educational component to any of it? 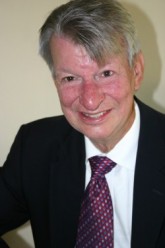 Gary Dreibelbis: TV was basically a vast wasteland, according to the FCC chairman, Newton Minnow, at that point. TV was basically used to sell products to children. There was very little educational programming going on. [There was] Captain Kangaroo, people remember there were good things going on in that show, but nothing to the extent as far as “Sesame Street.” In fact, Joan Ganz Cooney hired people who had worked on “Captain Kangaroo” to work on “Sesame Street.”

TR: One of the things I found interesting is that Joan discovered that kids who watched TV were able to remember the jingles of beer commercials and repeat them verbatim. Why was that, and how did she use that discovery for more positive purposes?

Gary Dreibelbis: What was happening at the time is that beer commercials had lots of animation, and they had very catchy jingles that kids could repeat. So she got the idea, “Okay, why don’t we use commercials to sponsor and teach letters of the alphabet, numbers, and other concepts?” It was ingenious. The other thing about Joan was she was inspired by, if people remember this, NBC’s “Laugh-In.” She loved the fast pace of that show, and so “Sesame Street” was also very fast paced in the beginning.

TR: The show made a huge impact in showing diversity among its cast members, not just regarding race but also disability. How is the show inclusive, and was it groundbreakingly inclusive in that regard?

Gary Dreibelbis: Absolutely. Not only racially, but also as far as Linda Bove is hearing impaired, and she was on the show as a character for, I believe, nine years. She taught sign language to people. Then the other thing was that they had animated characters, Traction Jackson who was in a wheelchair and could play basketball despite the fact that he was in a wheelchair. They broke ground in that regard, both as far as human characters and also as far as animation.

TR: As you point out in the book, one of the few times in the show’s history when they had religious advisors was in dealing with the death of the character Mr. Hooper because the actor who played him, Will Lee, passed away. How did the religious advisors contribute to what was, I think, completely new ground for “Sesame Street” at the time?

Gary Dreibelbis: There’s the old saying that the gentle wave wears down the rock, and I think that’s what they did. There were also educational advisors involved, too. The whole story behind that was originally they didn’t know what to do. They thought they could just write him off as far as saying, well he retired to Florida or he just moved away. They decided to look at the issue head-on and deliver it in such a way that children could understand it. As I write in the book, the Emmy Awards list that as being one of the top 10 shows of all-time as far as daytime TV, as far as significance…People today who saw that show as kids still have tears in their eyes when I talk about that and recall that.

TR: What do you hope people get out of reading “The Gospel According to Sesame Street?”

Gary Dreibelbis: I hope they look at “Sesame Street” through a different set of lenses, that there are faith and social justice issues in the show. Sure, it still teaches numbers, letters of the alphabet, still teaches basic skills. But “Sesame Street’s” motto now is making kids brighter, stronger, kinder. I think that kinder aspect is very important, and that’s what they’re trying to do.

(To listen to my full interview with Gary Dreibelbis, click on the podcast link): 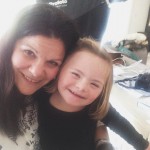 October 4, 2016
One Mother is Changing the Media's - and the World's - Perception of Those with Disabilities
Next Post 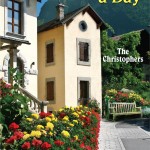 October 7, 2016 'Wherever We Are, God Is!'
Recent Comments
0 | Leave a Comment
Browse Our Archives
get the latest from
Catholic
Sign up for our newsletter
POPULAR AT PATHEOS Catholic
1

You Better Watch Out. I’m Telling You Why.
Jesus Christ is coming to town. Watch!   For the First...
view all Catholic blogs
What Are Your Thoughts?leave a comment
Copyright 2008-2020, Patheos. All rights reserved.