Two religions that put special emphasis on men are America’s fastest growing, according to a recent study.

Mormons and Muslims are adding the most members, while mainline Protestants and Catholics continue to shed followers.

“The number of Muslim adherents rose to 2.6 million in 2010 from 1 million in 2000, fueled by immigration and conversions,” said Dale Jones, a researcher who worked on the study by the Association of Statisticians of American Religious Bodies.

The number of U.S. Mormons grew by 45% over the past decade. They were the fastest growing group in 26 of the 50 states.

Muslims and Mormons would seem to have little in common, yet both have strong appeal to men. This is undoubtedly one of the factors driving their explosive growth.

Mormons give great discretion and latitude to their laymen. The Latter-Day Saints do not employ professional pastors. Each layman is considered a priest, and is authorized to preach, teach, prophesy and baptize.

The LDS church offers a formal, rigorous training program to every young man. Males are initiated into a lower priesthood at age 12, and the higher priesthood at 19. Mormons have a long tradition of sending their young men on two-year missions after high school (although women have joined this force in recent years).

As a practical matter, both Mormons and Muslims value childbearing and large families. High fertility is another reason these groups are growing so rapidly. Interestingly, both faiths are rooted in polygamy, and both promise sex in the afterlife, which undoubtedly increases a man’s yearning for eternity.

Both faiths are known for theological and social conservatism. They adhere strictly to their respective scriptures. Numerous studies have shown that high-demand churches that lean conservative attract more men (and tend to grow).  Meanwhile, theological liberalism and doctrinal laxity drives men away and is strongly associated with numerical decline.

This report simply confirms what I’ve observed in thousands of congregations: laymen are the key to church growth. Faiths that are intentional about reaching guys grow the fastest. Meanwhile, churches that marginalize or drive away men are declining.

Jesus started his church with 12 common men. The original church growth strategy still works today. Recruit men. Train them. Single them out. Create special roles for them. Just ask the Muslims and Mormons how this strategy works. 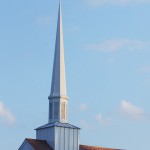 April 24, 2013
How a traditional church can grow again
Next Post 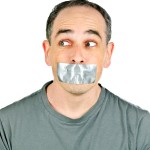