Where are the Peters in church today?

Where are the Peters in church today? February 26, 2014 David Murrow

In a previous post I noted that Donald Miller is the latest high-powered Christian man to admit he rarely attends church. The author of bestsellers, “Blue Like Jazz,” and “Searching for God Knows What” recently said he rarely attends worship services, and feels no connection to God while singing in church.

I also cited the work of Dr. Michael Lindsay, who interviewed 360 of America’s most prominent evangelicals, 90 percent of whom were men. These well-known believers included athletes, CEOs, Hollywood stars, and two US presidents. Lindsay “was shocked to find that more than half—60%—had low levels of commitment to their denominations and congregations. Some were members in name only; others had actively disengaged from church life.”

This got me to thinking: if the twelve apostles were alive today, would they attend church services? Perhaps. But I suspect their leader, Simon Peter, might be one of those high-powered men who would be missing.

Jesus placed three men in his inner circle: Peter, James and John. I’ve heard it taught that this triad represents the three dimensions of a man’s soul: James, the mind; Peter, the will; and John, the emotions. Every man possesses these three, but one tends to dominate.

For example, I am a James. I am a deep thinker. Always have been. I live in the world of ideas. I read about 2 hours a day and write at least an hour a day (unless I’m working on a book, in which case both those numbers rise).

The problem with being James is that I’m not Peter. I have great ideas, but lack the will to bring them to fruition. I’m often afraid to “step out of the boat” and follow my Lord. When I face opposition I tend to back off – not move forward.

The other problem with being James is that I’m not John. I often run roughshod over people and hurt their feelings. As church services become more focused on emotion, I feel less excited about attending them.

I know many Christians who, like me, are James. We love to debate theology and ideas. Doctrines and beliefs are paramount. James loves nothing better than a meaty sermon that makes you think.

I also know a lot of Johns in the church. They are deep lovers. Johns are emotionally perceptive and into relationships. They really enjoy praise and worship and the way it makes them feel connected to the divine.

But where are the Peters? Where are the impulsive men who act first and think later? As Dr. Lindsay’s research found, the modern church is very short on these types of men.

Put another way – in the broader society, potential Peters make up 38% of the populace. In the church, that number is just 15%.

What are the implications of this imbalance? Any institution so heavily tilted toward passive personalities will itself become passive. It will tend to value tradition and stability over innovation and growth. Anyone who’s served in leadership in a local church knows this is true.

Jesus put Peter in charge of the early church. What was he showing us? Without a bias toward action, the church dies.

Yet today’s church is practically bereft of Peters. We meet. We argue. We defend our turf. We love one another – but often fail to love the world.

So where are all the Peters? Why are they leaving the institutional church? And how can we get them back? I’d welcome your ideas.

In my next post I explore the reasons Peter has left the building. For more discussion on this issue leave a comment below, or join the conversation on my Facebook page.

For more information on David Murrow and Church For Men, visit www.churchformen.com. You can contact David, check his speaking calendar, order autographed copies of his books and DVDs, and learn lots of ways to make your congregation more welcoming to men and boys. See you there. 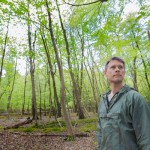 February 19, 2014
Why Prominent Christian Men are Abandoning the Local Church
Next Post 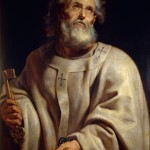