Why Prominent Christian Men are Abandoning the Local Church

Donald Miller, author of many popular Christian books, including mega-bestseller Blue Like Jazz came out of the closet a couple of weeks ago. He admitted that he rarely attends church.

He started his blog post admitting what many men secretly feel: they do not connect with God through singing in church. But then he veered into controversy. He’s had to follow up with a couple of posts clarifying his position on weekly worship.

Many of society’s most prominent Christian men don’t go to church at all, according to Dr. Michael Lindsay, who interviewed 360 of America’s best-known evangelicals, 90 percent of whom were men. These famous believers included athletes, CEOs, Hollywood stars and two U.S. presidents. Lindsay “was shocked to find that more than half – 60% — had low levels of commitment to their denominations and congregations. Some were members in name only; others had actively disengaged from church life.”

Lindsay found these high-achieving men typically practiced their faith alone or in small groups, far from the public eye. He writes, “Executives and politicians are often distressed by the way churches are run. James Unruh, who served as the chief executive of Unisys, was also at one time an elder at his Presbyterian church in California. He has since decided he will never serve again. He couldn’t stand the inefficiency of church meetings, a common refrain among those I interviewed. Others described local congregations as ‘‘unproductive’ and ‘focused on the wrong things.’

“These factors are driving evangelical leaders into the arms of fellowship groups that exist outside the churches, often called ‘parachurch’ organizations,” Lindsay says. “The shift began in the 1950s, but it grew dramatically over the past 20 years as the parachurch sector became more professional and well-resourced. Nearly three-fourths of the leaders I interviewed serve on the board of at least one parachurch organization, such as the Billy Graham Evangelistic Association. They prefer these groups because they have a broader reach and a bigger impact.”

I see two lessons for the local church that wants to connect with high-achieving men: 1) You need a pastor who’s a leader, not a poser. 2) Your church needs to accomplish something.

Churches tend to focus on a multiplicity of goals, whereas parachurch organizations bear down on one target. As a result of their single focus, parachurch groups often achieve greater results.

I guess the bottom line is this: Men’s time is valuable and they want to invest it in something that gets results. And they want a leader they can be confident in. Can we blame them?

So what do you think? Comments are open. Or join the conversation on our Facebook page. 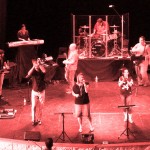 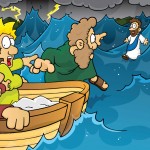 February 26, 2014 Where are the Peters in church today?
Recent Comments
4 Comments | Leave a Comment
Browse Our Archives
get the latest from
Church for Men
Sign up for our newsletter
POPULAR AT PATHEOS Evangelical
1

4 Things I Want My Students...
Anxious Bench
Related posts from Church for Men