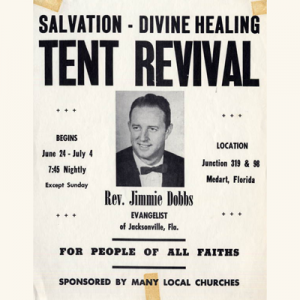 Have you been to McDonald’s lately? What used to be a garish, plastick-y hamburger joint is morphing into a hip, cozy coffee shop. McDonald’s is already the number one java seller in the UK. Some observers believe that within a decade more people will come to MickeyD’s for coffee than for burgers and fries. A few predict McDonald’s will someday exit the hamburger business entirely.

McDonald’s “core product” is changing with the times. The U.S. burger market is saturated. Americans are beginning to think outside the bun. The only way McDonald’s can survive is to offer a new core product that will draw people in.

A similar change has been afoot in the church for the past 30 years. The “core product” we offered for centuries is falling out of favor with Americans. So we’re rolling out a new one. Unfortunately, this new core product is much more compelling to women than it is to men.

So what is the church’s old core product? Eternal salvation. Come to church and live forever. A pretty potent promise. Religion was literally a matter of life and death.

The entire evangelical world was once built around our core product. Traveling evangelists crisscrossed the country. Tent meetings were common. Every Baptist church had a spring revival. Believers went “witnessing.” America’s largest parachurch organizations were all in the soul-winning business: Campus Crusade for Christ, Youth for Christ and the Billy Graham Evangelistic Association. Summer camps focused on getting people saved. Churches counted and reported converts and baptisms to headquarters.

Our worship services were designed to sell the core product. Sermons often focused on eternity. When I was a teenager, every single church service – regardless of topic – concluded with an altar call. This was a high-pressure invitation to receive Christ. It was your weekly opportunity to escape the flames of hell by coming forward to receive Jesus as your personal Lord and Savior.

But a funny thing started happening about 40 years ago. People stopped buying our core product. Numbers dwindled at crusades. Altar calls were going unanswered. Door-to-door evangelism stopped producing converts. The old evangelical pick-up line (If you were to die tonight, do you know where you’d spend eternity?) no longer got the desired response.

Why did our core product suddenly go out of style? People stopped dropping dead unexpectedly.

A little history lesson: since the dawn of humanity, sudden, unexpected death was common. People just “up-and-died” all the time. Plagues wiped out entire cities. Diseases had no cure. Sister Mattie would be fit-as-a-fiddle on Monday and dead-as-a-doornail by Friday. People had large families because they knew 2 or 3 kids would not live to see adulthood. Undertakers were busy.

In a world where people drop dead at any moment from incurable diseases, your eternal destination was of utmost importance. Preachers would stand at the altar and say, “This may be your last opportunity to accept Christ and go to heaven!” And they were right.

But in recent years sudden, unexpected death has become rare, particularly in the developed world. Average lifespan has almost doubled since the 1850s. Modern medicine has cured or controlled many lethal diseases. Occupational safety is the law. Cars are safer, and highway fatalities are at record lows. Even wars kill far fewer people than they once did.

So about 40 years ago people began to realize they weren’t going to die tonight – or even before next Sunday. The urgency to be saved right now was gone. Americans were no longer thinking much about eternity. So they stopped responding to Christ’s offer of salvation – and they began leaving church.

The church needed a new core product to get people in the door.

In 1977, a California psychologist by the name of James Dobson founded an organization called Focus on the Family. About that same time Campus Crusade for Christ launched Family Life, a new kind of ministry focused specifically on relationships. Also in the 1970s a Catholic priest from Spain imported Marriage Encounter to the U.S. Authors such as Gary Smalley created the multimillion-dollar Christian relationship book-and-tape market.

These pioneers found huge demand for their new product. Literally millions of Christians read their books, listened to their broadcasts and attended their weekend retreats. Family-oriented ministries grew like bamboo in a rainforest.

Pastors saw what was happening. They finally began preaching on relationships in the 1980s. Over the next 35 years the entire Evangelical movement shifted its focus from personal salvation to personal relationships.

Today it’s rare to find a church that offers regular altar calls. The word hell is rarely even mentioned in megachurches. But sermon series on relationships are as common as boots at a rodeo.

Now, I’m not saying that churches have abandoned salvation altogether. We still offer the old core product, but we no longer place it front and center. Like McDonalds, we still offer hamburgers, but we market ourselves as a coffee house.

The new core product is bringing people in the door – but it’s also undermining men’s engagement and enthusiasm. It’s a product more women than men will enthusiastically buy. I’ll show you why in my next blog entry.

So what do you think? Add your comments below, or join the conversation on my Facebook page. To order books, DVDs and other resources, click here. 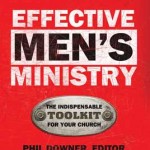 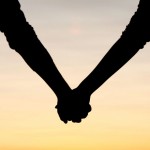