Helping Men Through their “Crazy Times”

Another day – another random shooting. A man destroys himself and the lives of those around him.

Every day we hear stories of men doing stupid things. Walking away from their careers. Gambling away their life savings. Forsaking their wives and children.

Why do many men go crazy at some point? Why do they abandon all reason, rip up the fabric of their lives and leave themselves and their loved ones destitute?

A man’s life is a series of transitions. As he moves from one stage to the next, he often passes through a liminal state – no longer his old self, but not yet aware of his new identity.

Crazy time sneaks up on men, and often causes them to make rash, foolish decisions. Or some men become passive, clinging to the vestiges of the past out of fear of striking out into the unknown.

Religion has given us a vocabulary for describing and understanding crazy time. Robert Bly says:

In times past theologians, philosophers, and spiritual pilgrims spoke about this part of the journey as being crucified, dead and buried, losing the ego, being lost in the wasteland or a slough of despond, descending into hell, being consumed by the hungry ghosts, being in the belly of the beast, doing battle with dragons, encountering demons. Nowadays we strip it of poetry and give it clinical names: stress, depression and burnout.

God’s word is packed with stories that give meaning to a man’s struggles – Jacob wrestling with God, Moses running from Pharaoh, Jonah in the belly of the whale, Jesus tempted in the desert, Paul’s early missionary failures. Properly understood and interpreted, these epic stories can help men through their transitions.

When the midlife monster is clawing at the door, we want men to turn to the church. Yet men often do the opposite – when crazy time comes, men flee Christianity. Why?

Bly would point out that the church lacks masculine energy. It has the nurturing feel of a family – or the academic feel of a school. Christians talk about the big issues of life — but rarely do they work through them together.

The other great lack in the church is the shortage of spiritual guides. These are older men who’ve successfully navigated the shoals of their own crazy times.

Guides are also known as mentors (or in church-speak, we’d call them disciple makers). A guide is a man who invests himself for a time in another man’s life, showing him the larger purpose of his struggle.

Some guides are specifically trained to deal with crisis situations. Others just seem to know what to say and do. The most effective guides are those who have made a lot of mistakes and aren’t afraid to recount them. Guides  listen more than they speak. They ask great questions and let their disciples discover the answers themselves. Their currency is wisdom.

Imagine a church full of wise, older men who can walk younger men through their crazy times – without judgment – simply helping their disciples let go of what they’ve been so they can become the new creation they’re destined to be.

Guides should know the epic tales of men and be able to find them in the Bible. They should also have a good grasp of popular culture and movies, so they can help guys see their story through the films they’ve seen.

Example: one time I was counseling a man in his late 20s who had faced a boatload of adversity. He’d nearly died several times as a teen. His marriage had broken up in the most painful way possible. His ex-wife was playing custody games with their daughter. He hated his job. On top of all this he had a lot of health problems.

He asked me why God had afflicted him so.

“Have you ever seen the movie, ‘The Terminator’”? I asked.

“Of course, I love that movie!” he said.

“Of course you do,” I said. “Because you are John Connor.”

His eyes lit up. I continued.

“You will do great things some day. God knows that – but so does your enemy. Therefore, he went back in time to when you were young, and he’s been trying to kill you ever since — so your mission would be thwarted. But you survived, thanks to the care of God.”

I then led him through the story of Joseph – a man whose brothers threw him down a well and sold him into slavery; a man who was falsely accused and jailed. In spite of all this, Joseph later ascended to the highest place and saved his people.

There’s a Joseph inside every one of us. But he’s down in the well, stuck. Enslaved. Behind bars. Addicted. Discouraged. He needs someone to help him escape and ascend to the highest place.

That someone is a guide. Does your church have a wise man like this? If so, tell us about him on the Church for Men Facebook page. Or leave your comments below. 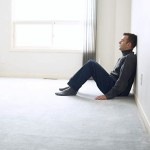 June 10, 2014
The Futility of Father's Day Services
Next Post 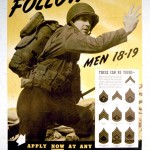 June 24, 2014 Why Men are Afraid to Make Disciples
Recent Comments
0 | Leave a Comment
Browse Our Archives
Related posts from Church for Men