How to preach 3 hour sermons

It’s been said that a good sermon is like a good skirt: long enough to cover the essentials, but short enough to keep you interested.

Since most pastors see themselves as preachers first, naturally they want to maximize their pulpit time. Yet there’s very little evidence to suggest that longer sermons produce more mature Christians. And long, rambling sermons are one of the main reasons men say they don’t like to go to church.

Of all the advice I dispense to ministers and teachers, none is more controversial than this: preach shorter sermons. Even a mediocre preacher can be good if he shortens and focuses his message.

I define the ideal sermon for men as: 1) approximately ten to fifteen minutes in length, 2) built around an object lesson, and 3) concluding with a clear call to action.

Needless to say, this position has not endeared me to a lot of pastors.

Some time ago I began a discussion around this issue on Facebook. My readers mostly disagreed with the idea of shorter sermons. Among their comments:

Of all the arguments supporting long sermons, this is the one I hear the most:

Good question. Are men just lazy when it comes to God? Or is there something different about sport and film that allows them to focus intently for a longer period of time?

I think it’s the latter. Here are four reasons it’s easier for men to focus on a lengthy game or a film than on a lengthy sermon:

1. Sports and movies are built on surprise

We go to a movie hoping to be surprised. We don’t want to know the ending. Uncertainty produces the thrill.

This is why, when we talk about a movie we’ve seen, we say, “Spoiler alert!” We don’t want to ruin the fun for our friends. The thrill of a movie is not knowing what’s going to happen next.

Same with sports. The best games are those that could go either way. But the stinker games are the blowouts – when a superior team manhandles a weaker team.

Case in point: when the undefeated Denver Broncos played the winless Jacksonville Jaguars in October 2013, the game barely attracted notice. But when the 8-1 Broncos faced the 9-0 Kansas City Chiefs November 17, the game was moved into prime time on Sunday Night’s national broadcast.

My point? The Broncos-Jags game was ignored because everyone knew who would win. But the Broncos-Chiefs game drew huge ratings because the outcome was uncertain.

Men love to be surprised. When was the last time you were truly surprised during a sermon?

2. Sports and movies are built around conflict and tension

Think of your favorite movie. I guarantee it’s built around a conflict. There’s an injustice being done. A bad guy wreaking havoc on society. Just when everything seems bleak, a hero (or heroes) steps forward to set things right. Even comedies with thin plots are built around conflict.

Same with sports. All modern sports are built around defense of a goal area (the end zone, the net, home plate, etc.) Each team is trying to conquer the other team’s goal, while defending its own goal. The only major professional sport that doesn’t follow this model is golf, a gentleman’s game that appeals more to older men.

Men love conflict. When is the last time you experienced tension and conflict during a sermon?

3. Sports and movies are visually stimulating

In the case of both sports and film, there’s a lot to see. Sports features balls and bodies flying through the air. There are uniforms, cheerleaders and crazily-dressed fans. Video screens feature instant replay and entertaining video clips.

In the case of film there are lots of objects moving through space, explosions, and attractive actors doing heroic things. The special effects revolution has only increased the visual impact of films.

Men love visual stimulation – but 95% of sermons contain no visual content at all. It’s a person standing behind a pulpit talking into a microphone.

4. Sports and movies draw you in personally

The best movies are the ones that draw you into the narrative – to the point where you forget about everything else around you. You really care about the characters and feel personally connected to them.

It’s the same with sports. Fans feel personally connected to the stars on their team. During a big game everything else fades as they’re drawn into the drama of the contest.

Men love to be drawn in personally. When was the last time you were truly drawn into a sermon, to the point where everything else faded away?

In my next blog post I’ll take these four principles and show you how you can use them in church to engage men in your sermons. I’ll show you how to be a more effective communicator – in a shorter amount of time. 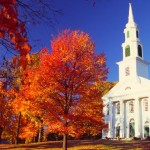 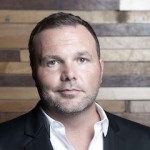