Seattle megachurch pastor Mark Driscoll claims to be a disciple of Jesus. That claim will be put to the test in the next few months.

Over the years I’ve been a staunch supporter of Mr. Driscoll.  I’ve used this blog to stand by him as he was accused of abuse, fraud, puffery and misuse of funds. I’ve defended his outspokenness, pointing out how Jesus was similarly bombastic (and similarly accused).

I’ve always admired what Mark Driscoll has accomplished. More than any other pastor in America today, Driscoll has illuminated the importance of male discipleship and male-elder governance in the church. He founded the Acts 29 church-planting network that’s launched hundreds of young male pastors into the ministry. He’s grown a huge church in Seattle – one of America’s least religious cities. Best of all, his congregations are packed with young men.

Personally, Mark has been supportive of my ministry. He has used and recommended my books, and he sat for an interview with me back in 2008. But Mark Driscoll will always have my deepest gratitude for saving my son’s faith. When my boy was an angry, out-of-control teen, Mark Driscoll’s drill-sergeant style sermon podcasts kept his faith alive. Driscoll has a unique gift for speaking into the lives of young men. I would hate to see that voice silenced.

But it may take a season of silence to save Driscoll and his ministry.

That’s what Driscoll’s former associates at the Acts 29 church-planting network are urging Mark to do. On Friday, the board removed Driscoll and his church from the network. They encouraged Mark to step away from ministry for a time and “seek help” for his issues.

In the coming months Mark Driscoll will face a choice. He can see this as a wakeup call – or as a betrayal. He can listen to his friends and step out of the pulpit for a time – or he can soldier on, hoping the controversy blows over.

And thus we will see Mark Driscoll’s true God revealed.

Every great man of scripture walked three journeys, in this order: submission, strength and sacrifice. The first journey – submission – is foundational to our faith. In that journey we learn to receive God’s grace and give it to others. We acquire the fruits of the spirit (love, joy, peace, patience, kindness, goodness, faithfulness, gentleness, and self control.)

Submission must come before strength. It’s a process by which God destroys our old man so he can rebuild us into the man he wants us to be (Galatians 2:20, 2 Corinthians 5:17).

I fear that Mark Driscoll may have transitioned to his journey of strength before his journey of submission was complete. He came to faith as a college student. Within five years he was leading a church. Success came quickly. Huge growth. Bestselling books. Appearances on national TV. Enormous web following. Everything he set his hand to turned to gold. His influence and profile grew.

But his recent woes point to an unfinished journey of submission. There’s a lack of patience, kindness, gentleness and self-control in his life and ministry.

Mark Driscoll has a wonderful opportunity to step away from his high-profile life and complete the journey of submission. Or he can grip the pulpit more tightly, insisting that everything is A-OK.

That’s typically what a pastor-in-crisis will do. “Pastor Underfire” keeps on preaching as people leave, donations plummet and the media pounces. “I’m called to preach the Word,” Underfire says. “I’m not going to abandon my call until God releases me or takes me home!” He attributes the headwinds to “Satanic opposition” which casts Pastor Underfire in the heroic role.

But the real reason Pastor Underfire can’t step away from the pulpit is because the pulpit is his god. He loves the spotlight as much or more than he loves Jesus. He can’t imagine his life without weekly stage time, hundreds of eyes looking up at him in admiration. He can’t just be a regular guy – he has to be THE GUY.

Pastor Underfire knows what a good speaker he is, and he knows that people are coming to hear him preach (which is true). If he steps down the church will call an interim pastor — and there are only two possible outcomes, both of them bad: 1) The interim will be a lousy speaker, in which case people will leave, or 2) The interim will be a great speaker, in which case the congregation will hardly miss their former leader.

In the next few months Mark Driscoll will face a decision that will reveal the identity of his true God. If he loves Jesus more than he loves the pulpit, he will step away and complete his journey of submission, under the hand of a spiritual director.

The simple act of stepping away will prove that Driscoll trusts God more than he trusts himself.

Like Job, Mark must lose everything he’s built in order to get it back from God. If he chooses to return to ministry he will come back ten times the preacher and one hundred times the man he was before.

A few years ago I was confronted with some unpleasant truths about the man I was.  Like Driscoll, my shortcomings were not flagrantly immoral or illegal.

But my loved ones spoke up and asked me to get help. I didn’t think I needed it. Heck, I knew dozens of guys who were a lot more messed up than I was. I knew I was a good husband and father. I wasn’t an alcoholic, an addict or an abuser.

So I faced a choice: I could continue to justify my behavior, or I could give in to a process of counseling and repentance my friends and family were recommending for me.

I did not want to walk this path – but something told me I had to do it. So I put aside my job, my writing and my ministry – at considerable risk and expense. I spent some time in exile, getting to know the God I claimed to serve. He took me to dry places – deserts in my heart that had never been healed.

I emerged from this journey of submission a better husband, father, writer and man. I found a deeper, more satisfying life awaiting me on the other side of the desert. Just ask my wife.

In the scriptures, the desert represents the journey of submission. Nearly every Bible great wandered through a desert. Abram. Moses. Jacob. David. Jesus. Paul. I pray that Mark Driscoll choses this dry, thorny path. He obviously loves God – but how much he trusts God will be revealed soon. 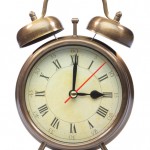 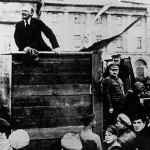