Why we blame institutions (including church) for everything

Why we blame institutions (including church) for everything December 23, 2014 David Murrow 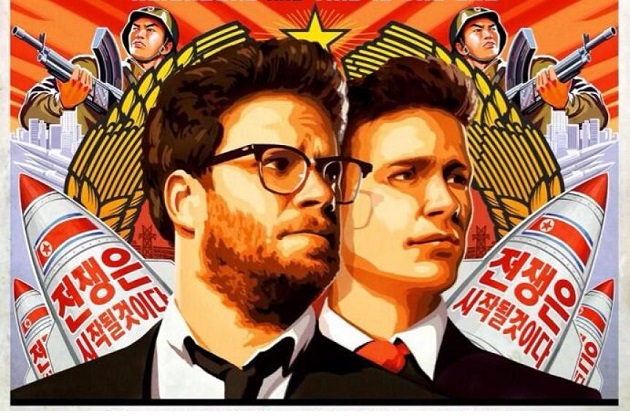 Everyone’s condemning the decision to shelve the film “The Interview” in response to North Korea’s threats. Dozens of celebrities including Steve Carell, Rob Lowe, Jimmy Kimmel and Donald Trump have strongly condemned theater owners’ cowardice. Even President Obama publicly objected to the decision, and vowed to take action against the communist regime.

What led to this widely condemned decision? Were the theater chains really afraid of the North Koreans? I don’t think so.

I think they were afraid of trial lawyers.

Theater owners are still skittish over the 2012 mass shooting at a Cinemark multiplex in Aurora, CO. Cinemark couldn’t have possibly known a deranged man would enter one of its theaters and start shooting. Nevertheless, the entertainment chain faces millions of dollars in potential lawsuits over the incident.

Now imagine the legal liability a theater would face if there were an attack during a screening of The Interview. Attorneys would line up around the block to take these cases. “Your honor, this theater recklessly chose to screen the film in the face of a known terroristic threat. It put profits ahead of the safety of its patrons!” Potential damages would be in the tens of millions of dollars.

In the past fifty years our collective understanding of liability has changed radically. We used to blame individuals when things went bad – now we blame institutions. The more we blame institutions, the more Americans are becoming cynical toward them. And that has serious implications for the church – because, whether we like it or not, the church is one of Western civilization’s bedrock institutions.

Institution-blaming got rolling in the early 1970s. Parents broke new legal ground by suing cities when their children were injured on playgrounds. Chain smokers sued the tobacco companies – and won billions in damages. A woman even sued McDonald’s after she spilled hot coffee on herself.

Trial lawyers quickly realized it was more lucrative to sue a deep-pocketed institution than an individual. Gun victims no longer sued criminals – they sued firearm manufacturers. Victims of police brutality filed suit against the city – not the crooked cop. And why sue the penniless priest who abused you? Go after the Catholic Church – that’s where the money is. 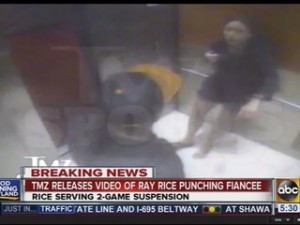 Blame shifting reached full bloom in the past decade. Since the early 2000s institutions have borne increasing responsibility for their associates’ misdeeds – even when these actions violate official policy or have nothing to do with their job or affiliation. When football star Ray Rice struck his fiancée in an elevator, the media rushed to blame the National Football League – even though the incident took place in the off-season, thousands of miles from Rice’s workplace.

Rights and responsibilities used to go hand-in-hand, but the two are separating in our generation. People are freer than ever to live as they choose, while institutions are expected to clean up the mess. We don’t shame people any more – so when things go wrong we direct our rage and disgust at institutions.

When our paychecks aren’t big enough, we blame greedy corporations. When students fail to learn, we blame schools (and teachers). When energy prices rise, we blame oil companies. When a hurricane floods a city that’s 10 feet below sea level, we blame the government. When students get blind drunk and have sex, we blame the University (for perpetuating “rape culture”).

The Internet and 24-hour cable news stoke the outrage machine, amplifying the failures of our institutions ad nauseum. Fox News rages at the government. MSNBC rages at corporations. Breitbart rages at universities. The Daily Kos rages at racist cops.

As a result, we’re becoming disillusioned with the very organizations that make modern civilization possible, prosperous and peaceful.

The Millennial generation is the first to grow up in this toxic bath of institution blaming. No wonder they’re refusing to vote, marry, go to church, attend college, climb the corporate ladder, join clubs, buy property and enlist. Why even associate with institutions when they’re responsible for everything that’s wrong with the world? It’s easier and more noble to blaze your own path and do your own thing.

Unfortunately, the church is an institution. And it’s coming under the same suspicion as every other institution in American life. Its good works are ignored while its faults are magnified by a media hungry for controversy.

This may be one reason young adults are leaving the church in such large numbers. They approach church as they do every other institution – with suspicion and wariness. When even the slightest thing goes wrong at church they get angry and leave. Have you noticed how so many people today claim to have been hurt by the church? Fifty years ago this sentiment was largely unknown (or rarely expressed).

Churches have seen this coming – and are feverishly trying to re-brand themselves as something other than an institution. Why do so many pastors today describe Christianity not as a religion, but as a relationship? They are attempting to position Christianity as something personal, rather than something institutional. We’re also seeing renewed interest in the person of Jesus, for this same reason. Jesus the person = Good. Religion the institution = bad.

So what’s the impact of all this anti-institutionalism on men?

This may be one reason so many young men are refusing to grow up. Adulthood is defined by a meaningful commitment to institutions: marriage, property ownership, higher education, military service, career, etc. Many young men are so suspicious of institutions they are simply opting out – riding their parents’ institutional coattails to get by. These young men do not see themselves as lazy. Their refusal to commit to institutions is a form of holiness – they are avoiding the polluting influence of these odious organizations.

Christianity seems particularly out of sync with the institution-blaming trend. The church has always been big on personal responsibility. Confession of sin is at the heart of our faith. The Bible teaches self-control, putting others first and accepting the blame for personal failings.

Fewer and fewer men are living by these four principles, in part because they often require a man to interface with institutions. Principle #2 is particularly out of date in an age where institutions – not people – are to blame for everything.

So how about you? Have you noticed these trends, particularly among young men? Do you believe that the poor reputation of institutions is contributing to men’s passivity? How can we restore faith in institutions such as marriage, church, corporations, social clubs, universities, the military, etc.? How can we get more men involved in organizations that will propel them and society forward? Comments are open. 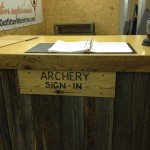 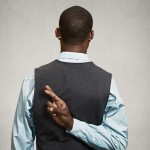 December 30, 2014 How to not be a hypocrite in 2015
Recent Comments
0 | Leave a Comment
Browse Our Archives
get the latest from
Evangelical
Sign up for our newsletter
POPULAR AT PATHEOS Evangelical
1