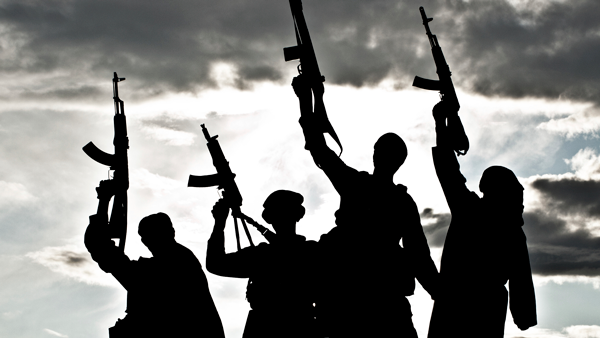 There’s been much hand-wringing over ISIS’s success in recruiting young men from the West to join their holy war. Contrary to the stereotype of the poor, disadvantaged youth acting out his rage by joining a jihad, many of ISIS’s male recruits hail from middle class homes in prosperous communities.

Why would these men exchange safe, comfortable lives to fight for a bloody death cult?

Even more disturbing – some ISIS fighters grew up practicing the Christian faith. Many are African-American, and attended church regularly as boys.

Among these men is Douglas McArthur McCain, one of the dozens of native-born American and European men who have joined various jihadi groups. In 2014, McCain became the first U.S. citizen killed fighting for the Islamic State.

McCain was an American-born Midwesterner. He was a 33-year-old father, a rapper and a caregiver to special needs patients.

McCain was raised in church. His mother attended faithfully. McCain was said to be a practicing Christian prior to his conversion to Islam several years ago.

Why did McCain choose the mosque over the church? He’s dead, so we can’t ask him. But I’m guessing his church experience had something to do with it.

Assuming McCain grew up in a typical African-American church, here’s what his weekly worship experience would have been like:

Compare this to the mosque. As a Muslim, McCain’s worship experience would have been completely different:

Now, which worship experience seems better suited to young men? Which suggests battle preparation — and which suggests a stage presentation?

One time I pointed these differences out at an event for African-American men. One man tried to explain to me why black churches worship the way they do: “When we were slaves, Sunday was our only day off. We put on our best clothing and spent all day at church. That’s why we have long services. It’s our culture.”

He continued: “We weren’t allowed to be educated, so Sunday school taught us to read. We had no voice in society, so we expressed our emotion and anguish in worship and song. And church was the one place we could meet socially, talk politics and organize for a better life. So we needed a stage and pastors who were gifted orators.”

OK, I get this. Given our nation’s appalling history of black oppression, it’s not hard to understand why African-American churches have evolved the way they have. And there’s nothing improper about a three-hour worship service, a 90-minute sermon or a sanctuary filled primarily with ladies in hats and gloves.

But when you compare this to Islam, it’s easy to see why significant numbers of young African-American men, desperate for a masculine worship environment, might reject church and find a home in the mosque.

And a few find their way into ISIS. How do we put a stop to this?

One of the best ways to fight Islamic extremism is to provide a robust competitor. Christianity is the obvious alternative. Significant numbers of Muslims are reportedly coming to Christ in the Middle East – even in countries where it’s illegal to follow “the Nazarene.”

Secularists who are waiting for religion to disappear may be waiting a long, long time. Religion is not going to go away. In fact, evidence suggests the world is becoming more religious – not less. Men will always pursue God. The only question: will they seek a God of love and peace — or a God of hatred and violence?

I believe a strong, assertive Christianity will be the most effective bulwark against jihadism. Our worship services must reflect the militant aspects of our faith. Men must understand that Christianity is not just a stage show – it’s a dangerous faith that demands our total allegiance.

How can we strengthen churches to them more appealing to young men of color? Here are six suggestions:

I have been working with a black church that has done all these things. In just five years the congregation has nearly tripled in size by focusing on men. And the number of active men has increased fivefold. In my next post I’ll share an interview with the pastor of this church. Come back next week to hear his success story. 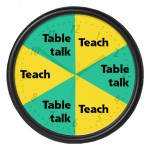 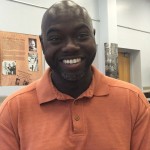