Help me reinvent the men’s retreat (part 1 of 3) 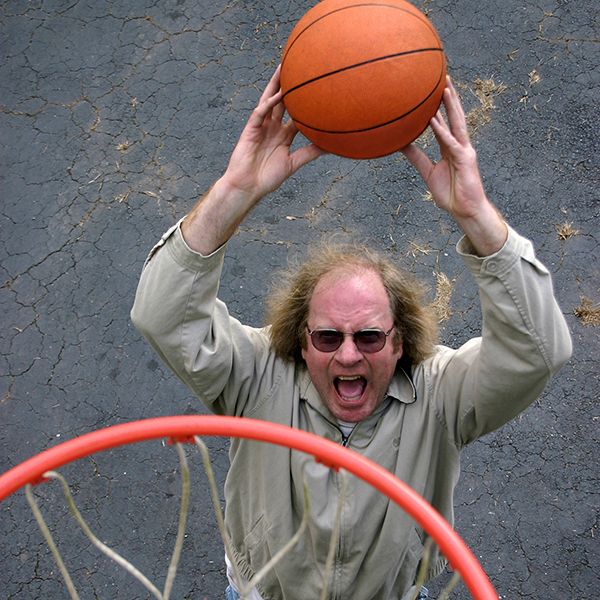 I have an opportunity to build a new kind of men’s retreat from the ground up. I’m the keynote speaker for a retreat in Ohio this summer – and these guys have asked me to take a completely new approach.

Invented in the late 1800s, the annual men’s retreat was once a staple of church life. Almost every respectable congregation sponsored one.

But in recent years men’s retreats have become less popular. Fewer churches offer them. And fewer men attend them. Particularly scarce are guys under 40.

It’s odd. Men enjoy getting together. Most guys are desperate for some R&R. So why are they taking a pass on the men’s retreat?

Simple. There are better offers out there.

Guys are busy. Men have never had more options competing for their time. So if you’re going to get a man to commit a precious weekend away from his family, hobbies and work, you’ve got to offer him something unique.

And therein lies the problem. Most men’s retreats are extended church services with a bit of recreation and fatty food thrown in. We do the same things we do in church – only we do a lot more of them. Sing praise songs. Listen to a speaker. Repeat.

Some men’s groups have tried to break out of this paradigm by adding more “macho” to the retreat. Extreme sports. A ropes course. Blowing things up. These activities are fun – but they add little spiritual value.

Furthermore, men do not respect the retreat because it’s so easy to get in. Guys know they can wait until the very last moment to sign up – so they do. A lot of guys just blow the retreat off because they get busy, they forget or they get a better offer.

A couple months ago on this blog I suggested that it was time to redesign the men’s retreat. Since then I’ve been reading the Gospels, looking carefully at how Jesus dealt with his disciples. If Christ were leading a men’s retreat, I believe he would approach things very differently than we do:

With these principles as general guidelines, I’m going to use my next three blog entries to lay out a plan for a different kind of men’s retreat. This week we’ll look at how we might call and organize men into teams before the retreat takes place.

Step One (6 to 9 months before the retreat): Set a limit on the number of men who can attend – with the goal of selling out quickly.

Jesus always limited the number of men he sent on mission. Christ began his ministry with twelve men – not eleven, not thirteen. He agonized over their selection (Luke 6:11-13):

In these days he went out to the mountain to pray, and all night he continued in prayer to God. And when day came, he called his disciples and chose from them twelve, whom he named apostles.

Look again at that passage. How many disciples showed up for tryouts? More than 12. That means some were chosen – while some were not. Christ did not say: “Hey everybody, thanks for coming out this morning. Everyone who showed up gets to be an apostle!” No, Jesus chose his leaders with the utmost care, and he limited their number. Later Jesus sent out 72 more men in pairs. Not 73. Not 71.

Based on Christ’s example, I think it’s vital that you set an attendance limit for your retreat. Begin by praying and deciding on a realistic number that you are pretty sure you can sell out. (For example, let’s say you could get 100 men. So set a limit somewhat under that – say 80 men).

You want to sell out early so men respect your event and do not procrastinate. This is a huge problem with men – they put off registering until the last minute, causing havoc with scheduling, meals, transportation, etc. But if you sell out early you train your men not to dilly-dally.

Step two (4 to 6 months before the retreat): Choose a team size and appoint a captain to oversee each team.

Back to our example: if you chose 80 men as your limit, I recommend you divide your men into four teams of 20 men per team. Then, when men register they do not sign up for the retreat; they sign up on a team. No man can attend with out being on a team (you’ll see the beauty of the team system in next week’s post).

You can scale your team size based on the size of your church. If you have a small church and can only gather about 30 men, divide into three teams of 10 each. Or two teams of five men each. You get the idea.

Now, the most important decision you make will be the appointment of team captains. Your retreat will succeed or fail based on their faithfulness and leadership.

Here’s how I recommend you recruit your captains: Call your most faithful men together at a time and place that’s convenient. Let men who are traveling log in via Skype or FaceTime. Do not schedule multiple meetings if you can avoid it – try to get all the men together at once, just as Jesus did in Luke 6.

Explain that you are looking for four captains who will serve as leaders to teams of X men each. The role of the captain is fourfold:

Emphasize that only four captains will be chosen. Then read Matthew 28:19-20.

Tell them that you are looking for men who want an opportunity to make disciples in the next six months – and beyond. Additionally, captains need to be enthusiastic, winsome and committed to Christ. And they must have the time to do the job – they cannot fail to recruit their X men – or the retreat will fail.

Explain the team system: the teams will be pitted against each other in friendly competition. Teams will be given points for desired behaviors. The point system helps build teamwork and trains the men to expect rewards for following Jesus (Matt 10:41-42) You’re harnessing men’s natural competitiveness to advance the Gospel.

Once you’ve laid out the vision, read Luke 9:57-62 through Luke 10:2 aloud to the potential captains. Then let the drama begin.

Give each man an index card. Ask him to write his name on the card. Then take a few minutes in silence while the men pray about being a team captain. Finally, ask each man to write the word YES or NO on the card. Collect the cards. Count the yesses. Assuming you are looking for four captains, then:

Step three: Work with your captains on a marketing and promotion plan

You can simply call it, “The Men’s Retreat.” Or you can give it a more exciting name. Here are some ideas:

If you have an established men’s ministry program, you can name the retreat after your established brand. For example, if your men’s 6 am Bible Study is called Men’s Fraternity, you can call your retreat the Men’s Fraternity weekend. If your men are sports crazed, call the retreat Men’s Kickoff Weekend. If you have a lot of military guys in your church, can call your retreat the Men’s Tactical Training Weekend. It’s all about making the retreat sound inviting to your men.

In addition, each of the four teams should choose a name. You should choose names that go together and that match the retreat name. For example, if you’re calling the retreat Men’s Tactical Training Weekend, I recommend you choose military names for your teams, like so:

Invest in a good logo for the weekend. If your church has a graphic designer, ask him/her to come up with a design. Or you can use an online service such as guru.com or fiverr.com to find a reasonably priced graphic designer. Use the logo in all your promotional material. If you want to do team T-shirts, incorporate the event logo and team name on each shirt.

Once you have your captains, teams and logo, it’s time to announce the retreat during worship services. Bring your four captains up front. Introduce them and tell the guys that the only way to register for the retreat is to sign up with one of these four guys. When the spots are gone, they’re gone.

To build excitement, announce or print in the bulletin the number of spots left on each team. As the spots disappear the men will get themselves in gear and commit.

You can put a sign up table in the church lobby, but you need to make sure there’s at least one captain manning the table at all times. No men just randomly signing up for the retreat.

Captains are free to recruit men from anywhere: church, work, family members, even strangers they happen to meet. This is where the point system begins to reward men: the first captain to fill his team with paid registrants gets 30 bonus points.

What happens when a team is full? Captains who fill their teams can refer additional signees to other teams. Once all the teams are full, start a waiting list. If guys need to cancel, bring guys in off the waiting list. When the retreat begins, every spot needs to be filled.

So that’s how I think Jesus might recruit and organize a men’s retreat. He’d use men’s natural competitiveness to fill the ranks. He’d reward men for their efforts. He’d make sure every man had a place on a team.

Next week we’ll brainstorm what might happen when men arrive for the retreat. Hang on – it’s going to be wild. 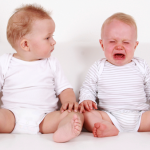 February 3, 2016
How father wounds are changing politics
Next Post 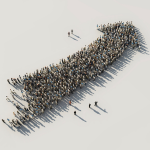 Persecution: The New Reality for Biblical...
The Chorus In The Chaos
Related posts from Church for Men