How father wounds are changing politics 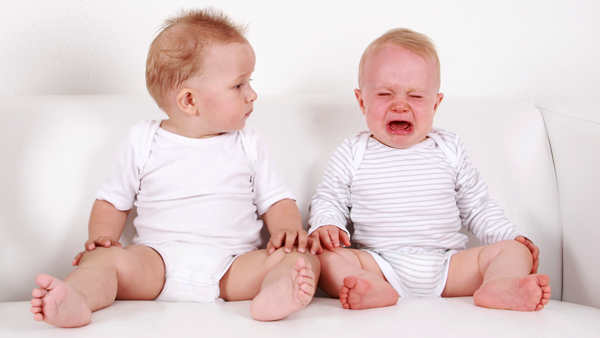 Pundits are going crazy trying to explain the rise of Bernie Sanders and Donald Trump. Two candidates who would have been completely unelectable 20 years ago are now the frontrunners for their parties’ nominations. The mainstream media has attributed their popularity to an angry electorate desperate for change.

But why is America so angry? We live in the most peaceful, prosperous society in human history. The economy is on the mend. Gas is cheap. Violence is down. Lifespans are up. America’s unemployment rate is among the lowest in the world.

The fact that Trump and Sanders enjoy such wide support across traditional demographic boundaries suggests something else is at play. My theory: the ascendance of Trump and Sanders is an emotional reaction to the rise of fatherlessness in our society. More and more fatherless children are growing into adult voters. Sanders and Trump speak to our collective inner child.

Even in intact homes many fathers are emotionally absent. Long working hours and an explosion of recreational options have driven a wedge between dads and kids over the past 20 years.

All this father-woundedness is beginning to show up in the way we choose our leaders. Fatherless children grow up yearning for paternal strength — but they are accustomed to maternal care. As I wrote in a previous post, Trump and Sanders are avatars for these two poles.

Donald Trump represents paternal strength. Trump is the bold papa who’s going to defend us. Terrorists? Illegals? The Chinese? He’ll punch those bullies in the nose. Trump is going to stand up to Putin, ban political correctness and wrestle those manufacturing jobs back to our shores. He swears like a dad; he treats women like sex objects. He survives gaffe after gaffe because his bombast has the feel of fatherly strength.

Meanwhile, Sanders represents maternal care. Like a mother dividing a pie among her squabbling children, Bernie will gather America’s wealth and share it equally. All of Bernie’s policies are rooted in a maternal desire to care for people. Free health care. Free college. Bigger Social Security checks. Jobs for all. (And as a bonus, Bernie earns a few father points by promising to punch Wall Street in the nose).

Why are these messages resonating now? About 30 percent of the under-40 electorate spent part of their childhood growing up without a biological father in the home. We know that fatherlessness breeds insecurity – and we’re beginning to see this collective anxiety reflected in the polls.

Now, I’m not saying that every person who grew up fatherless will gravitate toward one of these two candidates. But I do believe widespread fatherlessness is the soil that’s allowed their candidacies to take root.

Pundits keep wondering what the electorate is thinking. That’s the wrong question. Voters are not thinking – they’re longing. Never mind that neither Trump nor Sanders has any chance of passing the legislation they’re proposing — or that their policy pronouncements are largely fantasies. Trump connects on a gut level with voters who long for paternal strength — while Sanders appeals to those who long for maternal care.

The rise of Trumpism among evangelicals is particularly baffling. He’s the least pious candidate in a generation. His lifestyle and speech is anathema to many Christians. Yet he enjoys outsized support among self-identified evangelicals. What’s the message for our churches? After three decades of seeker-friendly services and pleasingly palatable sermons, many Christians may be longing for more boldness. It might be time to invite the Lion of Judah back into our churches.

I still don’t believe a candidate like Trump or Sanders can be nominated. But once fatherlessness reaches 50% in our country it becomes a distinct possibility. 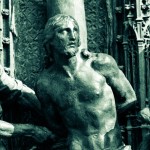 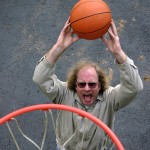 February 10, 2016 Help me reinvent the men's retreat (part 1 of 3)
Recent Comments
0 | Leave a Comment
Browse Our Archives
get the latest from
Evangelical
Sign up for our newsletter
POPULAR AT PATHEOS Evangelical
1