Six years ago I thought everything was fine with my relationships. Sure, there were the usual tensions between me, my wife and my adolescent children. Things were far from perfect, but compared to the home I grew up in the situation was pretty good.

Then my wife and I had an argument. In a period of 24 hours everything fell apart. I sat in my living room as one by one, my family members asked me to get help for a problem I didn’t know I had.

A year later I told my story in a book: What Your Husband Isn’t Telling You. In that book I shared the secrets and frustrations that were poisoning all my relationships. The book is written to women, but many men have written to say how much my story has helped them understand themselves. Here’s an excerpt:

My wife, raised as a preacher’s daughter, learned at an early age to be very diplomatic with her speech. On the other hand, I’m a very bold, plainspoken sort of guy. As such, I sometimes put people off. My wife noticed this tendency early in our marriage, so she began managing my relationships and conversations for me.

For example, any time I spoke to her parents she would serve as a translator, smoothing out and clarifying my words. Before I spoke to relatives on the phone she would coach me with what to say and how to say it. She would manage my conversations at church, quickly re-interpreting my words if she thought they had the potential to offend. She even set herself up as an intermediary between the kids and me. They came to her to find out what I was thinking, and I would go to her to find out what they were thinking. All this was to ensure my relationships ran smoothly under her expert supervision.

It got so bad that whenever we would go out with other couples I’d barely speak. What was the point? As soon as I opened my mouth Gina would jump in and start “fixing” what I had just said.

When a woman starts taking control of something, a man immediately backs off. After a few years of having my relationships professionally managed, they began to atrophy. I enjoyed a strong bond with my wife but I was becoming estranged from my children. Her parents lived with us but I could hardly carry on a conversation with them. I began to go silent in social situations and let my wife do all the talking, since she was just going to rephrase everything I said anyway.

You would think that I’d be angry about this. But here’s the strange part: I wasn’t even aware it was happening. It had been going on so long it just seemed normal.

Gina noticed something was wrong. She began to express her concerns:

“David, you don’t say anything in social gatherings.”

“You seem withdrawn from the family, absorbed in your computer screen.”

“You don’t ever spend time with friends any more.”

“You have a scowl on your face most of the time. People were afraid to approach you, even at church.”

A few weeks later, Gina and I underwent joint counseling, and we both saw for the first time what was really happening. She had essentially become my spokesperson – my “interpreter” to the rest of the world. This irritated me on a subconscious level – and I was fighting back by clamming up.

In Gina’s defense, she had no idea she was doing this. She was simply playing the role she had seen her mother play dozens of times: smoothing feathers ruffled by her outspoken husband. Preachers get people riled up all the time, and their wives are often expected to help clean up the mess.

So we made a deal:

Here we sit six years later. With Gina out of the middle of our family, all our relationships have improved. We spend regular time with other couples – and everybody gets a chance to talk. The smile is back on my face – and our marriage has never been stronger.

Men retreat when they feel unwanted or unneeded. Help your husband find his voice. Stop managing his conversations and relationships. 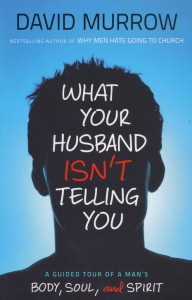 If this excerpt rang true to you, please order a copy of What Your Husband Isn’t Telling You. If you want an open, honest marriage read this book together with your beloved. You can order a copy direct from me in Alaska, and I’ll autograph it and personalize it for you and your wife. Shipping is free through April 10.

Mothers Day is coming. Give her the gift of your true heart.

March 30, 2016
Every man has a masculinity bank
Next Post 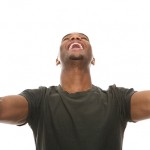