Does The ‘Bible Alone’ Put God In A Box?

“All scripture is inspired by God and profitable for teaching, for reproof, for correction, and for training in righteousness, that the man of God may be complete, equipped for every good work.”
– 2 Timothy 3:16-17 RSV

When I was in my last year of high school, I abandoned the Catholic faith to convert to Protestant Evangelicalism. Despite knowing how heartbroken my parents were, one of the Bible verses I used to justify rebelling against my parents was,

Little did I know, I was taking that passage completely out of context. The Bible also commands us to honor our mother and father, yet I completely glossed over it since the former appealed more to my hormonal teen angst.

Those who know me well can attest to my hyper-passionate persona and, admittedly, I have a tendency to take things a little too far. At the time of my conversion, I was so sure what I was doing was right because the Bible told me so. It took me a few years to realize not everything in the Bible is meant to be taken so literally. For example,

“And if thine eye offend thee, pluck it out: it is better for thee to enter into the kingdom of God with one eye, than having two eyes to be cast into hell fire.” – Mark‬ ‭9:47‬ ‭KJV

‬‬If this verse was meant to be taken literally, there would be a lot of people missing eyes from their sockets. Verses such as these are not self-interpreting for the average John Doe like myself, and many people are not aware of Jesus’ frequent use of hyperbole in order to emphasize His points.

Based on my awareness of my own failures and biases, I do not believe the Bible is clear enough in it’s entirety for just anyone to pick up and interpret – for the same reason why I wouldn’t trust any random person to pick up a hammer and build me a house, grab a wrench and fix my truck, or even obtain a scalpel and perform an organ transplant for that matter. These trades require skill, education and experience and the same should apply to anyone who attempts to interpret Scripture to lead a body of believers.

Anytime we pick up a piece of literature, we are at the mercy of our own finite and biased understanding. Unless someone has a master’s degree in translation, biblical interpretation is like a game of telephone. Anything written in the original Greek and Hebrew manuscripts is going to have a very different meaning translated into modern English.

The Protestant doctrine of Sola Scriptura (Latin for ‘Bible Alone’) upholds Scripture to be self-authenticating, clearly understandable to the rational reader, interpret itself and sufficient of itself to be the final authority of Christian doctrine. However, if any document requires authentication, whether the author is known or not, usually one would look to external sources for verification – such as other related documents or even eyewitnesses. In the case of the Bible, an extra-biblical source such as historical Jewish tradition (whether it be oral or written) or the writings of the Early Church Fathers would be the next most reliable means since eyewitnesses are very likely to have been dead for centuries.

The New Testament was not canonized by the Early Church until the 4th century and its contents have been consistently up for debate by church councils ever since. In fact, Martin Luther (one of the forefathers of the Protestant Reformation) had asserted to remove the book of James from the Canon because it actually contradicted with his interpretation of ‘Faith Alone’ (Sola Fide). The 7 deuterocanonical books in the Old Testament, which are considered to be apocryphal for most Protestants, were also removed from the Bible canon by the Early Reformers (which are fantastic books by the way!). The fact they tried to remove books from the Bible Canon reveals a complete double-standard of the phrase, ‘Let no one add to or take away from the Word of God,’ which is supposedly the very essence of Sola Scriptura.

I have often heard the phrase from fellow believers, “If it’s not in the Bible, it’s not true!” If this were the case, everything else in documented human history would be completely invalidated. Although the ideology of ‘Bible Alone’ was originally well-meaning to keep Protestant Christians accountable, it has also been historically proven to be a recipe for anarchy. After how many times churches have separated over the issue of Scriptural interpretation, at what point does a rogue denomination finally get it right?

Does this mean we have been putting God in a box by limiting Him to what we can understand between a set of book covers? Don’t get me wrong, I am not trying to invalidate the Bible by any means. I am truly convinced it is the inspired Word of God and the Holy Spirit speaks though it. However, the Bible and historical tradition should accommodate one another in the same manner faith and good deeds should. This can only mean Scripture and historical tradition combined are only a small glimpse of who God really is and what our finite imaginations can fathom. This is why I fully embrace what the Catholic Church refers to as Prima Scriptura, which means Scripture First.

As someone who strongly advocates for Christian unity, my conscience will not allow me to support a man-made doctrine that is responsible for the complete disunity of the Body of Christ – lest I put God in a box and create Him in my own image.

“First of all you must understand this, that no prophecy of scripture is a matter of one’s own interpretation, because no prophecy ever came by the impulse of man, but men moved by the Holy Spirit spoke from God.”
– 2 Peter 1:20-21 RSV 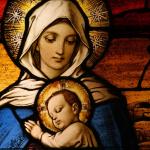 February 22, 2016
My Love For Mary Deepens My Love For Jesus
Next Post 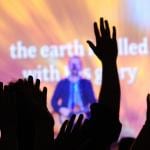 March 8, 2016 Why I Despise Contemporary Christian Worship
Recent Comments
2 Comments | Leave a Comment
"David has descided to kick me off his blog so he can continue to smear ..."
Jim the Scott In Defense of Mary: Co-Redemptrix?
"Oh my goodness, I love this article. I hate the argument that animals are equal ..."
Justin Stewart Are Animals Equal to Humans?
"I think Protestants just don’t feel you can or should talk to the dead.If I ..."
Quillex Is Honoring And Venerating Saints Equal ..."
"In as much as they are both equally worthless, yes."
Beavaroo Is Honoring And Venerating Saints Equal ..."
Browse Our Archives
get the latest from
Coffee and Crucifix
Sign up for our newsletter
POPULAR AT PATHEOS Catholic
1

I Have Decided to Believe In...
Steel Magnificat
Related posts from Coffee and Crucifix