My Love For Mary Deepens My Love For Jesus February 22, 2016 René Albert

My oldest son was born via C-section due to a breech birth. I remember watching the surgeons pull him out of my wife’s open abdomen in the OR. Seeing life come out of life was one of the most disturbingly beautiful things I have ever witnessed. A sight like that will never escape me. Even as my wife suffered a difficult recovery, her nurturing care and attachment to our firstborn was strong as ever. There was something deeply resonating about her love for our children that struck the chords of my heart.

It wasn’t until I became a father that I began to appreciate the role of Mary the Mother of Jesus. Since I first abandoned the Catholic faith when I was 18, I had been hesitant to even approach the subject. But I found the more I learned about Mary, the deeper my love for Christ had become.

In high school my Protestant friends questioned me about why Catholics pray to Mary and the Saints. I remember answering them, we honour her as the Mother of Jesus but we certainly do not worship her. I was told prayer and worship were synonymous and anything other than God Himself should not receive prayer or honour of any form. After reading a series of anti-Catholic bible tracts given to me by a former friend, I was frightened into believing I was worshipping a makeshift goddess my whole life. Even though my parents tried to explain to me the reasons why the Catholic Church teaches these things, I didn’t want to understand both sides of the issue. At the time, I had already made up my mind to convert to Protestant Evangelicalism.

I attended a non-denominational bible school in my early 20’s. When the role of Mary was the topic of discussion in theology class, I was completely floored by the amount of flippant disrespect some of my classmates had towards her – so much even to go as far as calling her, “Just a worthless, sinful pawn in God’s infinite plan.” I remember responding to their rhetoric, “If somebody referred to MY mother in that derogatory way, I would be pretty upset. Who’s to say that Jesus wouldn’t be offended if somebody disrespected His own mother?”

One of my Catholic friends gave me an audio sermon by Scott Hahn called Discovering the Biblical Significance of Mary. It explained how honouring Mary as the Mother of Jesus has strong biblical parallels to the Old Testament (Exodus 20:12, Matthew 19:19); and that she is the Second Eve and the Ark of the New Covenant because she bore the Son of God in her womb.

I used to view the rosary as a form of punishment. Spending nearly half an hour repeating the same prayers over and over again felt pointlessly mundane. It wasn’t until one of my Catholic friends invited me to a weekly rosary group that I began to have a newfound appreciation for the reflective and meditative qualities of it. One of the most repeated prayers in the rosary is called the Hail Mary. It goes as follows,

“Hail, Mary, full of grace! The Lord is with thee (Luke 1:28). Blessed art thou among women, and blessed is the fruit of thy womb, Jesus (Luke 1:42). Holy Mary, Mother of God, pray for us sinners now and at the hour of our death. Amen.”

As noted, the first half of the prayer are verses taken directly from the Gospel of Luke. However, some might view the latter part as completely unbiblical. Some might say she is not the Mother of God, but the Mother of Jesus as a human being.

It is important to note Mary is a created human being. Adam and Eve are considered to be the first human beings to be without sin before the fall in Eden. Both Jesus and Mary are considered to be the Second Adam and Eve of the New Covenant in Catholic theology. There seems to be an inversion, though. Christ seems to have been born out of Mary in a similar manner Eve was formed out of Adam’s side. Both are extremely supernatural events. The fact that God chose to enter this world as a baby born of a human mother is one of the strongest displays of humility I could ever fathom.

According to Matthew 7:17-18, a good tree cannot produce bad fruit and a bad tree cannot produce good fruit. To produce a sinless God-man in her womb, it seems fitting that Mary would have been made sinless herself. Though it wouldn’t have been by her own doing, but by God’s saving grace alone. Hence, when the angel Gabriel appeared before her he said, ‘Hail Mary, full of grace.’ He seems to emphasize her to be free of Original Sin as a result of God’s grace. Mary even acknowledges God as her Savior in Luke‬ ‭1:46-47.

Within the context of the Holy Trinity, Jesus was both fully God and fully human. His humanity as well as his divinity must go hand-in-hand in order to be considered the Son of God. If Mary’s God-given sinlessness was completely disregarded, Jesus’ divinity as God in human form would be completely invalidated and he would be nothing more than a fallible man born out of a woman of original sin who claimed to be God Himself.

According to Luke 1:43, Mary’s cousin Elizabeth proclaims, “And how does this concern me, so that the mother of my Lord would come to me?” The phrase ‘Mother of my Lord’ is a modern-day translation of the Greek word Theotokos, which is also directly translated to English as ‘God-bearer.’ Given the many passages in the Old Testament when God the Father is referred to as ‘The Lord’, referring to Mary as strictly the mother of the human Jesus would invalidate His divine nature. Thus, when Elizabeth calls Mary the ‘Mother of my Lord’, she is referring to her as the Mother of God.

Does Mary Hear Our Prayers?

Some would also say prayer to anyone other than God is polytheism and breaks the first commandment (Exodus 20:3). This leads me to ask, what is prayer and what is worship?

According to Roman Catholic theology, prayer is completely separate from worship. Prayer is supposed to be an earnest request or plea to someone for help. Even in Old-English, when someone asks a favour of someone else they usually say, “I pray thee!” Basically, when I ask for someone to ‘pray’ for me, I am ‘praying’ to them to intercede to God on my behalf. The phrasing is especially evident in the King James translation of the Bible. For example,

“Then said Absalom, If not, I pray thee, let my brother Amnon go with us. And the king said unto him, Why should he go with thee?” – 2 Samuel‬ ‭13:26‬ ‭KJV

Then comes the argument, “Dead saints and angels cannot hear our prayers, otherwise that would be considered necromancy.” Was it not the Archangel Gabriel who appeared before Mary in the Annunciation (Luke 1:26-38)? Did Moses and Elijah not appear to Peter and James in the Transfiguration (Matthew 17:1-13)? If the Saints and Angels were not aware of the events happening on Earth, are they not the ‘cloud of witnesses’ as described in Hebrews 12:1? If we consider the Saints to be alive in Heaven, how is it wrong to ask for their intercession in the same manner we would ask our Christian brothers and sisters on Earth to intercede on our behalf?

Regarding Mary in this matter, the Bible does not document how, when or where she died. However, historical tradition suggests Mary was taken up into heaven in the same manner Elijah was in the Old Testament. This is what Catholics call the Assumption of Mary, and the Eastern Orthodox call the Dormition of Mary. Considering these parallels, I don’t believe it’s far-fetched that God would give such an honor to the one who bore Him, fed Him, bathed Him, raised Him and stood by His side during His life, crucifixion and death.

I’m not in any way twisting anyone’s arm into praying to someone other than Jesus if the idea feels uncomfortable. Regardless of denomination, I think all Christians can agree everything to do with Mary revolves around who Jesus really is. As a husband and a father, I believe honouring Mary biblically reflects the nature of God’s relationship with the Church.

“And Mary said: “My soul magnifies the Lord. And my spirit leaps for joy in God my Saviour. For he has looked with favor on the humility of his handmaid. For behold, from this time, all generations shall call me blessed.”
– Luke‬ ‭1:46-48‬ ‭CPDV‬‬ 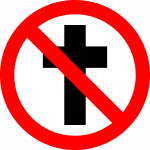 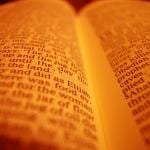 February 25, 2016 Does The 'Bible Alone' Put God In A Box?
Recent Comments
0 | Leave a Comment
"I urge everyone to read the Bible. We must be able to explain it to ..."
Silverwolf13 Dear Catholics: For The Love Of ..."
"Allow me to respond in fashion—that is as bluntly as you have done. Yet, not ..."
Elissa Bella Joy A Response to John Piper on ..."
"David has descided to kick me off his blog so he can continue to smear ..."
Jim the Scott In Defense of Mary: Co-Redemptrix?
"Oh my goodness, I love this article. I hate the argument that animals are equal ..."
Justin Stewart Are Animals Equal to Humans?
Browse Our Archives
get the latest from
Coffee and Crucifix
Sign up for our newsletter
POPULAR AT PATHEOS Catholic
1