‘Sweet Jesus’ and the Marketing of Hate

In what seems to be an online era of political reform and social justice, the use of language and symbolism is as powerful of a tool to build bridges as it is a means to wreak havoc.

For example, the word ‘tranny‘ was originally a slang term for a vehicle’s transmission, but evolved to become a derogatory term for a transvestite or someone who suffers gender dysphoria. If one were to open a transmission repair business called ‘The Tranny Shop,’ it is possible one could get sued for transphoebic hate-speech nowadays.

Or if someone opened a restaurant and created a charbroiled steak-dish and called it ‘The Holocaust,’ chances are they’d be accused of anti-Semitism, and it would be a slap in the face for everyone who was either a victim or a survivor of such a horrific event.

The ice cream franchise ‘Sweet Jesus’ has recently opened a couple new locations here in Edmonton, and it hasn’t come without controversy. I personally can’t speak for how good the ice cream is since my sensitive teeth prevent me from enjoying any frozen treats. But what makes the grand opening of a new ice cream shop such a big deal?

After all, it’s only ice cream, right?

If it was any other ice cream shop, nobody would raise an eyebrow. And even if it was mildly sacrilegious, some would quote 1 Corinthians 8 to try and justify a Christian’s freedom to do as they will – provided they aren’t causing others to stumble. But considering the use of such a name as well as how the marketing directly panders toward anti-Christian bigotry, I think this goes beyond whether or not all things are truly permissible.

Which further provokes the question, what’s in a name? In response to the controversy surrounding their name and image, the executives at SJ posted on their website:

“Our name was created from the popular phrase that people use as an expression of enjoyment, surprise or disbelief. Our aim is not to offer commentary on anyone’s religion or belief systems, Our own organization is made up of amazing people that represent a wide range of cultural and religious beliefs.”

Similar phrases like ‘OMG’ or ‘Christ on a cracker’ are also used as an expression of surprise or disbelief, but the original root of these phrases is usually done in conjunction with showing contempt for the very persons and symbols they refer to – the latter referring directly to the representation of Jesus in a Communion wafer.

Some would even say the name ‘Sweet Jesus’ could be referring to the Mexican name  ‘Jesus’ (pronounced, ‘Hey-Zeus‘). Considering most Latin-Americans are Catholic Christians, the use of the name is largely a cultural homage to their religious beliefs, similar to how many Hispanic women are named Maria, Fatima or Guadalupe in honour of the mother of Christ. Despite offering traditional Mexican churros in their menu, it is highly unlikely the name ‘Sweet Jesus’ has anything to do with the Mexican ‘Hey-Zeus’ – especially coming from a business that originated in Toronto, Canada. Even if it did, it is done with blatant condescension towards the faith of many Latin-American Christians.

It is plainly obvious their marketing techniques are intended to provoke internet outrage to gain word of mouth. This is the type of campaign where the business owners are saving money on advertising because the people who are speaking out are unknowingly acting as billboards. Even as I write this article, I am fully aware that I have become one myself. If the owners claim to not be aware of this, I would have to say they are only pretending to be stupid.

Although I’m not intentionally fuelling their advertising campaign for their gain, I do believe it brings an opportunity to discuss the issue at hand and reiterate the meaning of the words respect and tolerance.

Based on the feedback I’ve seen on social media, the marketing is brilliant. Divisively brilliant. The fact that SJ has gained so much support in the wake of the outrage speaks volumes of the contempt our culture has towards Christians.

The problem I see with this type of marketing is it does a great disservice to our currently polarized political climate here in North America. The provocative marketing of Sweet Jesus only further drives a wedge between its largely non-theistic consumers and the religious population.

And I’m not just talking about Christians, but Muslims as well…

While this may seem like the newest outrage, it really isn’t anything different from what would be seen and heard in the music industry. The amount of anti-religious profanity and appropriated imagery coming from certain rock and metal artists has been going on for decades. Most of them became hugely successful while riding the coattails of their conservative critics’ reactions, which is very similar to how SJ got their big break.

There really isn’t anything new under the sun. The derogatory themes expressed by SJ just happens to be in the food industry this time around.

The fact that many of these people feel free to mock or trivialize believers in Jesus without experiencing the threat of dire consequences (like torture or death) only shows that modern Christians are generally easy targets. In an era of so-called social justice, it seems like the very same people who preach love and tolerance also fully support dishing back this soft-served hate propaganda.

It’s eye-for-an-eye, if not for the brain-freeze.

In cases of offensive music, movies and other forms of entertainment, what Christians ought to do is avoid it altogether. The only difference with SJ is the sacrilegious imagery happens to be more publicly visible in the form of a mall storefront. In the case of Sweet Jesus, the best thing we as Christians can do in cases such as this is to not give into their silly provocations, turn the other cheek and pray for them.

As for my Christian readers, this issue also seems to prove to be a ridiculous distraction from the most important issues we as followers of Christ should concern ourselves with – like caring for the poor, helping our fellow neighbors and being living examples of the Gospel. If the owners refuse to change their name and image (which is very likely they won’t), let them all enjoy their pretentiously expensive desserts while we focus on more pressing matters that Jesus commanded us to take care of.

And if that involves not supporting a business that willfully slanders His name, then so be it.

Even in a culture that allows freedom of expression, the way words and symbols are used in communication really do matter. There is a difference between giving a name to bring honor versus naming something to desecrate, mock or trivialize.

That is the very definition of blasphemy.

For those of you who openly support SJ as a business, do you carefully choose where your money goes? If you knew you were supporting a business that openly discriminates a specific group (whether a minority or a majority), would you reconsider your support and shop someplace else? If the branding and marketing of SJ does not bother you in the same manner as other hate crimes do, then I would have to question what motivates someone to go out of their own way to support such a business if it’s just ice cream.

In summary, the marketing ploy of Sweet Jesus is nothing more than a company selling revenge best served cold. 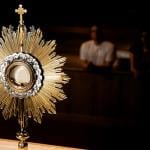 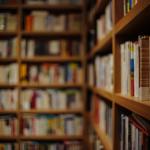 June 3, 2018 Christian Bookstores Sell Indulgences
Recent Comments
0 | Leave a Comment
Browse Our Archives
get the latest updates from
Coffee and Crucifix
and the Patheos
Catholic
Channel
POPULAR AT PATHEOS Catholic
1