My Response to Clerical Sexual Abuse

Although I have had my share of bad experiences with people within religious communities, I have been fortunate enough to never have suffered any kind of sexual abuse from anybody. But knowing that people are capable of committing such heinous acts, especially those who hold a trusted position of authority, brings an overwhelmingly sick feeling to my stomach as I can’t help but think of my own children. Hearing the recent news of ex-priest Daniel McCormack as well as the over 300 priests in Pennsylvania charged with child sexual abuse is one of the many scandals within the Church that makes it extremely difficult for me to remain a faithful Catholic.

It is completely valid to be emotionally charged over these scandals, even more so for those who have been directly affected. My heart bleeds for those who have had their trust and dignity violated by those who supposedly represent the person of Jesus Christ to us, and simultaneously makes me want to flip tables and take the law within my own hands. The numerous cover-ups of these incidents are equally as horrendous as the crimes themselves, and I sincerely cannot blame these victims and their families for leaving the Church with their faith in God shattered by such acts of depravity.

Reading the details about the abuses viciously challenges my staunchly pro-life worldview, and makes it easy for me to wonder whether or not capital punishment is a logical and morally effective means of justice. It also makes me think about the amount of times I’ve heard some non-religious folks scoff at the news of, ‘another sexually repressed, religious zealot caught with his pants down again. Surprise, surprise!’ Yet at the same time, these are the kind of absurd, non sequitur statements that create the stigma that all priests are supposedly rapists and pedophiles due to their religious obligations they willingly consented to upon their ordination. These scandals are what make the lives of good and virtuous priests even more difficult than they already are. Even though Catholic priests are supposed to be representatives of Christ to our communities, what we as Catholics tend to forget is they are humans like us who are equally as subject to falling into sin.

It is worth noting the issue of sexual abuse is not a problem that’s limited to priestly celibacy. In light of the #MeToo movement that has been dominating the tabloids for the past year, it brings light to the fact that personal boundaries, consent and bodily autonomy ought to be respected whether in a romantic relationship or not. A similar mindset should be applied when it comes to the relationship between clergy and laypeople, but the major difference is that the priest’s autonomy belongs to God from the moment they make their vows of celibacy. And regardless of age or sex, the priest himself is responsible to keep a strictly platonic relationship with the laity.

With all this talk about the importance of safe spaces, new laws in places like Australia are threatening to compromise the seal of the confessional. Those who are faithful Christians attend church the way a patient admits themselves to a hospital, and the confessional is a ‘safe space’ where they can foster that spiritual healing in private. While I can see how some would view such laws as a viable solution to weed out abusive clergy, it does not address the root of the problem and removes that space from everyone else who benefits from it. In my life, too often I have witnessed the lassez-faire attitude of people using faith or sacraments as a license to sin in both Protestant and Catholic circles. I have serious doubts that someone who has committed a grave act such as child rape would ever risk confessing about it if there is a chance they would be reported, which is why I believe the introduction of such laws will only lead to further intrusion and will benefit no one.

But in light of all this, I think we can take a step back and realize that anytime we place all of our trust into sinful human beings, we are only going to be led to disappointment. There comes a point in our lives when our friends, our family, our teachers, our mentors, our leaders and yes, even our pastors, are going to wound us or let us down. With that realization, it seems as though the only people who would understand would either be an omnipotent and omnipresent God or a victim of a similar offense.

I feel helpless every time I hear about these abuses as I sit behind a keyboard and air out my frustrations. But in the midst of all hopelessness, all we have left is the grace of knowing who Christ really is. I believe all victims of abuse can find comfort in knowing they can relate the most to the person of Jesus. As someone who was blameless, wrongfully accused, arrested, abused, tortured, maimed and impaled beyond belief for our sake, what better person to confide in than someone who understands their pain and their heart than the Son of God Himself? There is no other example of a human being who understands more what it’s like to be victimized. And no other human on this earth could walk alongside them and feel every wrong that has been done to them the way Jesus could.

A life ruined by abuse is a cross that Christ Himself identifies with.

By leaving the Church, are we enabling these monsters to keep eating away at the core of what should be a healthy Christian community? Some would argue against fighting the hierarchy of the Church, even if they happened to be possessed perverts. Some would even go as far as to say that the only solution is to pray for our Church. We hear about the tired and worn-out ‘thoughts and prayers’ solution all the time, but faith without works is dead. What we really need as a communion of believers is to prayerfully take action and hold those in positions of power accountable.

That means not only laypeople, but fellow priests, deacons, nuns, bishops, archbishops and cardinals need to step forward and proactively change the culture of complacency that lingers in our parishes. Abusers should no longer be slapped on the wrist, or given the opportunity to escape their past offences by transferring to another diocese. There ought to be a zero tolerance, one-strike-you’re-out policy where abusers and systematically unchaste clergy should have their collars removed and automatically excommunicated.

It doesn’t make a difference if a person is married or single, a teacher or doctor, a public servant or a renowned celebrity. The bottom line is religious clergy are equally as human as everyone else, and sexual abuse (especially towards children) is an intrinsically evil, damnable, mortal sin and should be treated as such. No amount of penance can reverse the permanent damage done to a child whose innocence and bodily autonomy has been violated. One victim of abuse is already too many.

And if that means handing these perpetrators over to their iniquities by turning them in to the secular authorities, then so be it. Let them suffer the temporal punishments in prison in hopes that they may truly repent and turn to Christ, all the while ending the vicious cycle in order to protect the innocent.

The future of the Church depends on it.

“We’ve had enough exhortations to be silent. Cry out with a thousand tongues – I see the world is rotten because of silence.”
– St. Catherine of Sienna 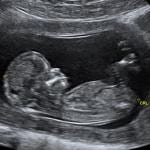 August 13, 2018
A Perspective On Abortion Regarding Bodily Autonomy
Next Post 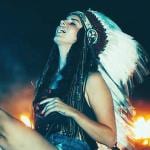 September 18, 2018 My Thoughts on Cultural Appropriation
Recent Comments
4 Comments | Leave a Comment
Browse Our Archives
get the latest updates from
Coffee and Crucifix
and the Patheos
Catholic
Channel
POPULAR AT PATHEOS Catholic
1