My Thoughts on Cultural Appropriation

In any given multicultural society, there is always an exchange of ideas, traditions, customs, clothing, food and even philosophy and beliefs – especially here in North America. Although I’m not an expert in Canadian or American history, I do understand a lot has happened in our country in the last few hundred years that has led to much tension between cultural groups – most notably between First Nations people and those of European descent. And much of it may stem from how one group typically treats another’s cultural identity.

As an adolescent, Halloween was always a time to look forward to. For me, it was the one day of the year when I had a chance to pretend to be something or someone I admired from film or pop culture. In light of such a season of creativity and imagination, there were some costumes that were generally frowned upon in our rural, French-Canadian community. Some kids who chose to dress up like little devils or the opposite sex would sometimes get an earful from those who were devoutly religious – yet no one would even raise an eyebrow when someone would dress up in an ‘Indian’ costume.

For the most part, the school I attended seemed to have always acknowledged the history and relevance of Canadian aboriginals, but the actions of some individuals in my community did not seem to reflect it. In fact, it was quite common to hear older folks in the rural neighborhood gripe about dealing with theft and trespassing by those who happened (or whom they assumed) to be indigenous. It seems like these types of confrontations contribute to the negative attitudes many white people have shown towards First Nations people. There have also been occasions when a few of my classmates would jokingly imitate racial stereotypes or mock the one fellow student in our class who happened to be Native. It pains me to admit that I, myself, have succumbed to the behavior of my peers and I deeply regret ever doing so.

That being said, I believe there is an underlying issue in our society that runs much deeper than flippant jokes or trespassing on personal property.

The definition of cultural appropriation is the misuse and misrepresentation of ideas, fashion, imagery and practices of minority ethnic groups. Nowadays, there seems to be a lot more awareness being raised about the issue, although in the age of social media it seems as though the discussion turns sour rather quickly. This is largely because people of cultural majorities are generally quite unaware of minority cultural sensitivities.

When people from cultural majorities adopt customs from minorities and treat it carelessly or without regard to their meaning, it can be taken as a sign of disrespect. One example I can think of is the use of the chief headdress as part of a costume, which is considered to be an important ceremonial garment in many First Nations tribes.

I also remember when tribal tattoos were immensely popular in the late 90’s and early 2000’s, and most of those who got their bodies decorated with such imagery were white millennials. Heck, I’ve even considered getting one myself at one point! Tribal tattoos were largely influenced by African American culture, but suddenly skyrocketed in popularity among North Americans. But in this day in age, especially given the state of our political climate, sporting tribal tattoos would not bode well – and for good reason.

It’s one thing to appreciate artwork, fashion and imagery of another culture, but I think adopting it to suit another person’s desire or agenda is something else entirely.

While I believe it’s important to speak up for those whose customs are being suppressed, I don’t believe appropriation is limited to cultural minorities. In fact, I see it all over the place. It’s a safe bet that one of the largest contributors to cultural appropriation would be the influence of American pop culture, which has been largely dominated by white people since its beginning. Many Hollywood films from the early 20th century have portrayed non-white characters in an overly exaggerated manner. Whether it’s the axis militia depicted as bumbling oafs in the propagandist cartoons of the Second World War, or the recent remake of The Lone Ranger starring Johnny Depp as Tonto, there is absolutely no shortage of appropriation within the realm of the entertainment industry.

Even team names in major sports leagues seem to have also contributed to the issue of cultural appropriation such as the NFL’s Washington Redskins, the MLB’s Cleveland Indians and the NHL’s Chicago Blackhawks. Looking deeply, it turns out there has been a small level of indigenous involvement in the design of the logos for these teams. However, in recent years there has been increasing amount of vocal activism against the use of the names and logos. Although these groups do not represent indigenous peoples, I can’t help but agree that the pushback is justifiable due to the lack of connection between these caricatures and the heritage that precedes them.

Some would argue that Christianity is an oppressive force that is responsible for cultural colonialism. Many Christian individuals have been responsible for the suppression of indigenous culture – the residential schools controversy being an example of a major component. It’s a hard truth to accept that many religious individuals played a major role in cultural genocide in spite of what Jesus had taught us in Scripture to love thy neighbors.

There is also no shortage of appropriation against Christianity in pop culture. The rock and heavy metal music scene have especially developed a reputation for artists who express anti-Christian themes. One example of an artist I can think of who uses appropriated religious garments is the psychedelic rock band Ghost. I have to admit, as an avid fan of heavy metal, there is something about their provocative theatrics that captures my attention. But regardless of whether I find their music and style attractive, my conscience will not allow me to support such a band because the way they present themselves is irreverent towards the very fabric of my beliefs as a practicing Catholic.

The 2018 Met Gala in New York City had a theme called ‘Heavenly Bodies and the Catholic Imagination,’ where celebrities would don fashionable outfits inspired by Catholic religious imagery. While many non-religious folk might look at this without feeling any kind of outrage, imagine if the roles were reversed and the Met Gala did an indigenous theme where non-aboriginal celebrities were strutting their appropriated costumes before the paparazzi. If that were the case, the media would have them crucified on the tabloids within a day.

Whether or not appropriation is directed towards a minority or a majority, what may seem like harmless cosplay or poking fun might actually be causing others to feel as though their cultural identity is under threat. While I believe it’s important to speak up for minorities in cases of injustice, it does not mean showing contempt for the majority.

Within the context of Western civilization, I do believe it’s important to be sensible, especially in a multicultural society. However, I think it’s also important to recognize that we have the privilege of living in a society where we can address such an issue. I think those who loosely toss the phrase, ‘Check your privilege,’ are often the ones who haven’t fully checked their own, nor do they understand that Christianity is a fulfillment and continuation of Middle-Eastern Judaism, and not a religion that’s meant to be retrofitted for specific races.

To the surprise of many, there are many indigenous peoples who celebrate their culture while identifying as Christian. Saint Kateri Tekakwitha was among one of the first Native Americans to become a canonized Catholic saint, and her unwavering faith in spite of being mistreated by her own clan has made her an example of virtue for Christian indigenous peoples all over the world.

Some would argue that Christians in general ought to suck it up and take the heat because they have enjoyed the ‘privilege’ of not being a minority. While that might be the case in modern Western society, in other parts of the world Christians are far from being privileged. In fact, Christian persecution in China is currently on the rise, and it’s not unrealistic to believe that it could happen in North America in the future. To lump all Christians together as ‘privileged’ and undeserving of respect would not only be discriminatory, but would also be a slap in the face to non-whites who willfully choose to follow Christ while embracing their cultural heritage.

Even with the knowledge of the atrocities committed by individuals within religious institutions, it certainly doesn’t justify retaliation through counter-appropriation. Just as responding to hate with hate will never break the cycle, the same applies to addressing appropriation of any kind. When a group attempts to ‘peacefully’ protest in a way that’s meant to irk or offend to get a point across, it certainly does not encourage any fruitful dialogue on either side. In order to put an absolute halt to the issue of cultural appropriation, respect needs to be acknowledged on both sides.

And if it has to start anywhere, it might as well start with us privileged North Americans.

The Met Gala and Catholic Beauty: Appropriation Without Understanding [UPDATED] 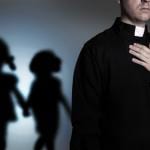 August 16, 2018
My Response to Clerical Sexual Abuse
Next Post 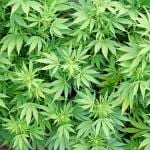