Why Bother Going To Confession?

“He who conceals his transgressions will not prosper,
but he who confesses and forsakes them will obtain mercy.”
— Proverbs 28:13 RSV

In October of 2015, I confessed to a Catholic priest for the first time since I was 11 years old. After spending nearly 12 years as an Evangelical Protestant, coming back into Catholicism in my 30’s was a new-old experience. There was a time when I had wrongfully convinced myself there was nothing I could willfully do to separate myself from the love of God and, regardless of what I did with my life, I was saved no matter what. As a result, I had developed a lazy complacency in a minimalist church involvement and I had assumed how I treated others had no bearing on my salvation whatsoever. My passion for volunteering and serving in church gradually dissipated over the years, and the fire within my heart had become like smoldering ashes. I found my spiritual life coasting into a hypocritical form of Christian nominalism.

I think almost every person who initially gives their life to Christ has an incredible amount of zeal to change the world — which, in my opinion, is not a bad thing at all. I’ve also always had a tendency to wear my heart on my sleeve and obsess over the things I’m passionate about ad nauseum. But I’m also prone to be easily discouraged by adversity. In regards to church life, I’ve often felt like it was easier to break through a concrete wall with a rubber mallet than to try and fit into tight-knit church cliques. But what I also had to realize over the years was the influence of my Catholic upbringing ran through my veins since the day I was baptised as an infant – which was one of the reasons why I could never make myself up to fit into the mould of Evangelicalism, no matter how much I prayed or read my Bible.

I used to attend several bible studies and men’s accountability groups within the congregation I was involved with throughout my 20’s. They were wonderful outlets for establishing community among believers, and were great ways to not only build my relationship with Christ but also to feel safe to approach others with my struggles. Because of these, I have every reason to be thankful for these Christians who influenced my spiritual growth for that era of my life. Although I became close friends with many of those involved, over time I’ve found these groups would have a tendency to lose its practicality once in a while. I’ve found close friends to be the least ideal for accountability partners.

This is only a sheer exaggeration — we’ve actually had many fruitful and intelligent conversations during these meetings. But so often in these groups there became no longer any form of serious strategy for avoiding or escaping temptation. It sometimes evolved into an unapologetic joke-session about how we continued to willfully screw up on a regular basis. On other occasions, calling someone up during the off-days for prayer requests often felt burdensome or annoying to some. And to top it off, these meetings usually ended with a closing prayer between attendees for deliverance from the sins that apparently no longer applied to us because Jesus had already died for our sins anyway! That being said, if I suddenly decided to completely let myself go, I was never really ‘saved’ to begin with according to Calvinist Evangelicals.

Forgive me for my cynicism. This is only another example of why I can’t, out of my own personal convictions, support the doctrine of justification by faith alone. I guess when it comes down to this, the implication that being pardoned exempts us from accountability truly bothers me in the same manner a sexual predator would continually be pardoned after willfully offending repeatedly. The question that arises within me is, what is the true meaning of repentance? Does it mean simply accepting someone to waiver my debt of ongoing transgressions, or does it mean making a conscious effort to reject and avoid sin?

In my honest opinion, both are equally necessary.

One of the ongoing themes of some Christian denominations is ‘the priesthood of all believers.’ This doctrine originates back to the days of the Protestant revolt, stating every person has direct access to Jesus through prayer without the use of a human mediator (like a priest, for example). Many would say this ideology is taken out of context from this passage,

“You also, like living stones, are being built into a spiritual house to be a holy priesthood, offering spiritual sacrifices acceptable to God through Jesus Christ.”
— 1 Peter 2:5 NIV

Many of my Christian friends in the past have told me seeing a priest or going to confession wasn’t necessary at all because the only mediator between God and man is Jesus. While I have no qualms accepting people can pray directly to Christ and should feel free to approach their Christian brothers and sisters for prayerful insight, the problem I find with the ‘universal priesthood’ ideology is it completely invalidates any form of pastoral vocation and teaching authority (in Catholic and Protestant churches alike). Because of my experiences with previous Bible studies and accountability groups, I feel as though it makes more sense to have someone with teaching authority who knows the Bible far better than I do to act as a mentor for accountability – whether it be a church minister, pastor or an orthodox priest. If iron sharpens iron and the Holy Spirit speaks infallibly through other believers, then the ‘universal priesthood’ makes sense. However, I wouldn’t claim a quantum physics textbook is self-interpreting – I would need a qualified professor to guide and teach me on how to read and interpret the formulas. The same should apply when it comes to reading the Bible and deciphering whether or not someone is being led by the Spirit or their own motives.  It makes no sense for me to rely on my own understanding when it comes down to student-teacher relations, and it would be arrogant of me to claim I know the Bible better than a Catholic priest would.

After toying with the idea of returning to Catholicism, one of my Catholic friends recommended I go to confession as a first step. I jokingly replied that I wasn’t ready to unload over 18 years worth of baggage to a total stranger. The thought of it was highly intimidating. As an initial baby-step, I joined a weekly rosary group that allowed me to get my feet wet before wading in deeper liturgical waters. Long story short, I eventually started going to weekly Mass again within a year and later made the step of visiting a priest in the confessional.

Approaching the confessional was terrifying at first, but a good experience nonetheless. Unfortunately, I didn’t come out of the booth shaking in excitement while speaking in tongues from a heavy spiritual epiphany laced with angelic choirs in the background — sorry to be so anti-climactic! But for the most part since then, I usually walked out feeling a lot more at peace with myself. It’s a chance to approach someone in the church to acknowledge my brokenness and be honest with my struggles. The priest usually suggests different tools or methods of dealing with different types of sin – whether it’s a lack of forgiveness, addiction, sexual temptation, making difficult moral decisions, the list goes on. Usually the confession ends with some form of act of penance afterwards. It was a relief to release the skeletons in my closet I’ve been internalizing for years, and telling my sins to another person made everything seem more real — like shedding light unto darkness.

That being said, I think there’s something to be said about constant renewal.

I understand not every Catholic shares the same experience in the confessional as I have had, knowing everyone carries a different cross and different baggage; and every priest is different as well. I think finding a priest who one feels comfortable to confess to is also relevant. But as someone who grew up in rural Alberta, I realize not every congregation has the luxury of having more than one priest. If it is any comfort to those of you who think this seems sketchy, they’re not going to spill your secrets to anyone outside of the confessional (like the police, for example). It would be a huge invasion of privacy on the confessor’s part, and a tremendous legal issue for the Catholic Church. As another example, if the person admitted to murdering someone, the priest can withhold absolution if the offender refuses to turn himself in to the authorities.

One of the most common accusations I’ve heard is that a priest does not have the ability to forgive sins, only God can. I think it is important to understand Catholics view priests as representatives of Jesus in a similar manner Protestants view themselves as Jesus’ representatives to their neighbors. It is also worth noting that the Lutherans and Anglicans are among the few Protestant churches who also adopt the Sacrament of Confession. If we are called to forgive others, are we not becoming imitators of Christ? If the Holy Spirit works through us, does Jesus not extend His graces to others through His people in a similar manner He did through His disciples?

Even if confessing to a priest is a difficult concept to grasp, I would encourage my Protestant friends to seek a similar form of spiritual mentorship, whether it be with a pastor or an elder of their congregation. The truth is, having faith in Christ certainly does not mean we stop sinning for the rest of our lives. I think the true meaning of repentance is we are all continually faced with a choice to either make a conscious effort to turn away from our bad habits, or wilfully indulge in them while being self-aware of the damage we inflict on other people and our relationship with God. If we enter reconciliation in humility, I would imagine our spirituality would only improve from there.

That is the value I see in the Sacrament of Confession, and why I choose to continue partaking in it.

“Therefore confess your sins to one another, and pray for one another, that you may be healed. The prayer of a righteous man has great power in its effects.”
— James 5:16 RSV 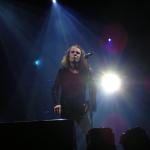 October 17, 2019
The Surprising Origins of Symbols and Gestures in the Music Scene
Next Post 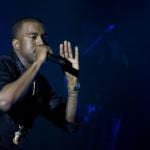