In Chapter 7 of Elie Wiesel’s novel ‘Night,’ there is a disturbing scene where prisoners of war boarded a train car in Poland on their way to the concentration camps. After they journeyed for days with little to no food and drink, the prisoners were gradually becoming sick and dying. Some would even consume the snow on the ground in an attempt to find some form of nourishment. A few German workmen by the train tracks tossed pieces of bread into the train car to their own amusement, watching the prisoners tear each other apart for a piece of food. In the midst of the squabble, a father was beaten to death by his own son for for a scrap of bread, and the son was in turn killed by another prisoner for that same piece.

When I first heard about my neighborhood grocery stores being sold out of necessities like toilet paper and hand sanitizer due to panic-shoppers in the wake of the Coronavirus outbreak, the imagery from Night was the first thing that came into my mind. It is a hauntingly unsettling picture of how humanity will act in moments of desperation. Whenever an event or humanitarian disaster with negative repercussions happens, it is times like these when humanity either comes out in its most heroic or absolute worst moments. The Coronavirus outbreak is nowhere near comparable to the Holocaust of World War II, nor were starving prisoners of war fighting over pieces of bread the result of a virus outbreak. However, the circumstances that pushed these poor individuals to turn on each other are worth considering regarding the nature of human sin.

I think it’s easy for everybody to make decisions that are completely self-focused without realizing the effects we have on others — especially in circumstances that would incite high stress. Even Elie Wiesel admitted to feeling tremendous guilt for periodically longing to be liberated from looking after his dying father while held captive by the Nazis. We as individuals tend to make decisions based on tunnel-vision, whether it’s for our own comforts or for the comforts of our loved ones. I don’t believe looking out for one’s own family is a bad quality at all, but I think it’s important to remember there are many other families who as also trying to survive this world as comfortably as possible as well.

In a capitalistic society, people can typically buy bulk items without issue. But given how supply and demand for necessities seemingly changes very little, seeing an item that’s usually plentiful suddenly disappear from the store shelves would be enough to raise anyone’s eyebrows. I’m not sure what made people think buying stock piles of toilet paper was a good idea, but I think a lack of knowledge in light of an international pandemic will cause anyone to make decisions that baffle everyone else. In which case, an ill-informed decision can place a lot of inconvenience for everyone else who needs these same necessities. For example, one individual buying four 24-packs of toilet paper can leave a family of five who could use even one pack completely high and dry.

This is where I think people seem to find the appeal towards socialism. Why wouldn’t anybody want an equal distribution of goods and services so that everyone in society can be equally looked after? This would be a topic worth discussing in a completely separate article, but every man made political and economic system looks good on paper — until human nature is added to the equation.

The avarice that motivates people to hoard and squander without regard for the most needy and vulnerable is one of the many reasons why I don’t trust human nature. It even brings awareness to me of how often I’ve tried to be first in line for anything, whether it be for concert tickets, a sale on used tools or even a bulk deal on T-bone steaks at a grocery store. How many others have lined up behind me for the same things I wanted and walked away empty-handed? Would the person behind me have benefited more from acquiring these items more than I ever would have?

In the case of Christian churches around the world having their worship services cancelled indefinitely, there is a natural inclination for Catholics to seek out personal access to the Sacraments. Some have even gone as far as disobeying their bishops (who reluctantly cancelled Masses to protect everyone from the virus) by travelling to another diocese in order to receive Communion. Like these people, I see the value in receiving Christ in the Eucharist and how it ought to be in the epicenter of our religious life. But when our desire to receive the Sacraments for our own personal benefit outweighs our motivation to love and care for people enough to self-isolate and prevent the spread of infection, is going to Mass really worth it for me if I become responsible for causing someone to get sick and die? How much different would I be from the prisoners of war who tore each other apart over worldly bread? With that in mind, I think it’s worth pondering whether our longing for the Eucharist is motivated by a genuine love for Christ or by religiosity driven by inflated self-love.

If there’s one thing the Coronavirus outbreak has taught us, it’s the lengths people will go when they are acting out of desperation. It only shows that the ability for humans to act unselfishly and look out for others is not something that comes naturally, but by the grace of something larger than ourselves. So whenever we find ourselves judging another person’s circumstances or complaining about a shortage of necessities, just remember — Christ fought the powers of death to save our souls while we fought over toilet paper.

Here, too, I saw a nation of lost souls,
far more than were above: they strained their chests
against enormous weights, and with mad howls
rolled them at one another. Then in haste
they rolled them back, one party shouting out:
“Why do you hoard?” and the other: “Why do you waste?”
— Inferno by Dante Alighieri, Canto VII, Lines 25-30

Thank you so much for reading! If you enjoy my content and feel called to support my endeavor as a freelance writer, please consider becoming a patron on my Patreon. 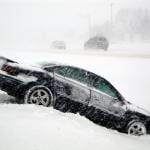 March 12, 2020
A Reflection on the Parable of the Good Samaritan
Next Post 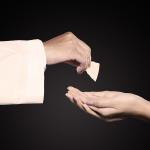 March 20, 2020 Communion In The Hand?
Browse Our Archives
get the latest from
Coffee and Crucifix
Sign up for our newsletter
POPULAR AT PATHEOS Catholic
1

Catholics Should Have Nothing to do...
On the Catholic Beat
Related posts from Coffee and Crucifix

Render Unto to Ceasar ... What Did Jesus...
“Render unto Caesar the things that are Caesar's, and to God the...
view all Catholic blogs
Copyright 2008-2021, Patheos. All rights reserved.