There is a story in ancient Greek mythology about a man named Narcissus. He was known to be highly attractive and was also very prideful in a sense that he disdained those who fell in love with him. He wandered into the woods one day and the goddess Nemesis, who was angered by his arrogant behaviour, led him to a pool of water. Narcissus noticed his own reflection in the water and was so marveled by his own beauty that he leaned over to kiss his reflection, only to realize it was only a fleeting, wet image. He became so absorbed in his self-appearance that he lost the will to live and stared at his reflection until he eventually passed away.

The moral of this story is if you love yourself more than others, you will not receive love in return – hence where the origin of the word narcissism comes from.

This is a phrase I’ve seen repeated throughout social media ad nauseum. Usually some motivational meme with a pretty background is accommodated with some kind of inspirational slogan, or possibly an ancient proverb cherry-picked out of some philosopher’s writing. Or maybe some random friend would post a gag-worthy, sentimental status about how loving yourself first will help you love other people better. Regardless of the source, there is no shortage of public proclamation on loving ourselves and being able to accept who we are, which is not necessarily a bad thing. But there seems to be a striking overemphasis on the phrase as though personal self-esteem is above all else.

On the flip side, the opposite extreme of complete narcissism would be self-depreciation. Hating oneself over past mistakes, broken relationships, physical appearance or lack of success in a capitalist society can lead a person to make choices that are damaging to themselves or others. There really is something to be said about taking care of one’s self in order to be capable of caring for those around them. Sometimes caring for another person’s needs can come at the expense of personal health when done excessively without setting personal boundaries. It’s easy to neglect the needs of the body, mind and soul when a person is so focused on the daily routine of being fully present at work, school, home or with family.

But which extreme is better? I would argue that neither is really healthy, but what I will say is that placing my needs above others is, in itself, discriminatory against everyone else’s existence. Considering myself to be more important than those around me is putting myself on a pedestal above everyone else and making myself up to be my own god. If I consider the well-being of the people around me an inconvenience to my own personal vanity, then I have a serious problem.

There is absolutely nothing wrong with being in love with who you are and caring for yourself to be the best version of you. But I’m going to go out on a limb and say life does not, by any means, entitle us to be comfortable. Everyone has internal baggage because we live in an unsafe, fallen world. Safe spaces are a luxury that are either created by ourselves for ourselves, or given to us by someone else. We have access to a plethora of comforts in North American society such as education, counselling, massage therapy, spas and yoga studios, coffee shops and local pubs, music and almost every source of information known to man on the internet — all because these are luxuries that were given to us. Everything that makes us comfortable was paid in blood. I think it’s worth pondering over all the small things we treat ourselves out of self-love because people’s lives have been sacrificed so we can live comfortably. Had we been born elsewhere in a less-developed corner of the earth, the thought of these privileges wouldn’t even have crossed our minds. All of what we have out here to feed our insatiable appetites for self-indulgence are because of a post-war economic boom that was paved in the blood of our forefathers who stormed the beaches of the enemy lines because our governments put them there, many of them against their own will — just so the rest of us can live comfortably.

It pains me to write this, but the philosophy of loving ourselves first is what leads mankind to turn against mankind. It is the reason why married persons neglect their spouses; why parents neglect their children and lead them into lives of abuse; why school bullies torment their victims to the point of considering suicide; why major corporations give in to the love of money and find whatever means to make a dollar; and why homelessness remains an ongoing problem in our urban communities. Loving ourselves first is the reason why many men have little to no restraint for their sexual desires and why rape-culture is rampant; why women’s bodies are continually exploited; why children are aborted and orphaned; why sexual slavery and human trafficking are still creeping in the underbelly of our first-world society. It’s the reason why racism is as alive and well as it has been long before Martin Luther King’s time. It’s the reason why jealousy and hatred still linger in people’s hearts since Cain slaughtered his brother Abel. It is the ultimate reason why nations continue to go to war against one another, and why one man could justify the ethnic cleansing of over 6 million people.

The extreme form of self-love inevitably leads to self-worship and, collectively and inevitably, leads to humanitarian crisis.

I wish I could provide a less grim perspective on this subject, but how long can we live in ignorance of the suffering around us that stems from an increasingly selfish humanity? But one thing I will say is if every person on earth chose to put their comforts second to everyone else’s, maybe the world would be a better place? Maybe we would find greater personal fulfillment through self-denial as opposed to filling the never-ending vortex of a dopamine rush?

I am in no way suggesting we ought to completely forego our personal well-being to satisfy the egos of others. I think personal boundaries are a reasonable means to prevent others who are immersed in their own narcissistic habits from damaging our own relationships or quality of life. For those who struggle with weighing their own self-worth, we ought to learn how to accept ourselves and treat our bodies like the sacred temples they are. But we also ought to know that this life is the only one we have, and whatever state we leave the world behind affects the next generation after us. Learning how to simply be happy for the people around us can also be a step towards helping them build up their sense of self-worth, and even build respectable relationships among one another. Being proud of people’s accomplishments, or even encouraging people to pursue their goals as opposed to competing to outdo them can stifle jealousy and create an even more positive community to be a part of.

But I also think for us to overcome jealousy, prejudice or an inflated ego, it requires grace from something far greater than ourselves. Mea maxima culpa.

It is said by some that love is sacrifice. It’s easy to say you love someone so much that you’d be willing to die for them. But when it comes to self-love, what are we sacrificing?

Or maybe the more appropriate question is, who are we sacrificing?

“But understand this, that in the last days there will come times of stress. For men will be lovers of self, lovers of money, proud, arrogant, abusive, disobedient to their parents, ungrateful, unholy, inhuman, implacable, slanderers, profligates, fierce, haters of good, treacherous, reckless, swollen with conceit, lovers of pleasure rather than lovers of God, holding the form of religion but denying the power of it. Avoid such people.”
– 2 Timothy 3:1-5 RSV 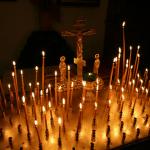 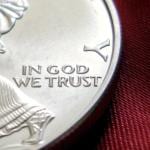 September 10, 2019 The Problem With Prosperity Theology
Recent Comments
4 Comments | Leave a Comment
"Roman Catholicism/Orthodoxy and High Church Anglicanism worship rituals are based on a continuity with the ..."
Artistree Is Honoring And Venerating Saints Equal ..."
"Based on a study of history and civics, it seems the Roman Catholic Church is ..."
Kyllein MacKellerann Is Honoring And Venerating Saints Equal ..."
"Osteen, Creflo Dollar', Kenneth Copeland and all those other Gulfstream worshipping preachers are atheist generators. ..."
Karen Silver The Problem With Prosperity Theology
"How was it relevant to YHWH that the Ark of the Covenant be made of ..."
Alex Lielbardis In Defense of Mary’s Immaculate Conception
Browse Our Archives
Related posts from Coffee and Crucifix