‘Tradition’ Is Not A Dirty Word

‘Tradition’ Is Not A Dirty Word September 5, 2019 René Albert

In a modern, secular society, tradition is sometimes viewed as the final heartbeat of a dying culture. When some hear the word ‘tradition,’ the first thing that comes to mind is outdated beliefs, kooky rituals, pointless customs and excuses to control the general population. Some who might have grown up in traditionally religious households might continue to blindly follow their belief-system because it’s part of their heritage. Others, whether they remain Christian or not, might completely abandon it to pursue individualistic modernity.

Though secular culture generally might not hold religious tradition to high esteem, personal routine can arguably be considered a form of tradition. Whether it’s going to the gym regularly, buying a coffee on the way to work, watching the evening news, hitting the pub on a Friday night or hosting a weekly board games night, everyone has established for themselves some kind of minor ‘tradition.’ For religious folk, namely Christians, the Sunday gathering for worship is a deeply valued ritual. Though the gravity of importance of gathering on Sundays varies among Christian denominations, Catholics and Eastern Orthodox consider it to be a holy day of obligation whereas certain Evangelical Protestants believe it’s only something done out of love for God and not obligatory.

The common narrative among Evangelical Christians is man-made traditions are a deviation from God’s plan for humanity. The Bible is considered by nearly all Christians to be the ultimate source of truth. Though often what is referred to as ‘traditions of man‘ is anything associated with Catholic imagery, doctrine or practice. This is stemmed from the Protestant Reformation, and is often a source of conflict between Evangelicals, traditional Protestants, Orthodox and Catholic Christians. Hence why the word ‘tradition’ is often treated like a dirty word.

In just about every Christian denomination, there will always be found some kind of tradition, practice or non-practice that is upheld to nearly equal status with their reverence for Scripture. For example, I mentioned in my article ‘The Problem With Purity Culture’ that dancing, drinking, smoking or playing cards are viewed in more fundamentalist, ultraconservative Christian circles as sinful and to be avoided. But what is seen as exaggerated prohibition is really only hyper-sensitivity towards not being a stumbling block for others. But it’s examples like these where well-meaning rules can evolve into unnecessary exasperation. This is where the term ‘legalism’ is defined — when a willingness to follow the rules is driven by fear rather than a love for God.

Some denominations have varying views on the nature of baptism. While some perform baptisms on infants, others strongly believe baptism ought to be a personal choice after a child reaches the age of reason. Usually in place of an infant baptism, some churches will perform a less traditional ‘baby dedication’ — which in my opinion is just ‘lite’ infant baptism. Many Evangelical denominations will insist on parents to have their newborns dedicated, but the very thought of infant baptism is enough to cause their heads to explode. Oddly enough, some denominations even downplay the role of Holy Communion to the point of having it only once a month. Some would argue that the bread and wine as a memorial of Christ’s sacrifice runs the risk of becoming idolatrous — yet the very definition of idolatry is something that replaces God. Though the general consensus among Christians is that Communion is a tradition that Christ Himself had initiated at the Last Supper, whether it is merely symbolic is also a disputed topic.

The majority of Christians have adopted Christmas and Easter as traditional holy days of obligation to honour God. Some would argue, because these holidays are not mentioned in the Bible, that they shouldn’t be celebrated. This is largely due to how they may appear to be reminiscent or rooted in pagan origins or how they might pander to consumerism. Even the habits worn by nuns were influenced by the garments of pagan temple virgins in ancient Rome, yet have been adopted by the Church to be a symbol of fidelity to Christ. Many things that have aided in the progress of human achievement also came from pagan cultures — such as the scientific method, mathematics and philosophy in Ancient Greece. Just because a pagan culture was responsible for a man-made invention, doesn’t mean it’s inherently evil or corrupt.

In my observation, it seems as though people who are most outspoken against so-called ‘traditions of men’ are usually the ones who use them at their own convenience. When Christians complain about western, secular society becoming more hostile towards ‘traditional’ values, what they think are Judeo-Christian values might actually be something that is unique to their own culture in some instances. Many American Christians who take a ‘Bible alone’ approach to authority will also uphold the Constitution as though it were divinely inspired by God Himself. This doesn’t mean the Constitution should be held at equal status with (or primacy over) the Bible. The Bible itself is a traditional collection of books by prophets and Apostles who are all mere men, yet were all inspired by God through these men. One could argue the founding fathers of the United States might have been under divine influence when the Constitution was under development. The difference is the Bible is unanimously considered by Christians to be an infallible document, whereas the Constitution is not and can be subject to amendment.

This is where I think it’s important for Christians to decipher between ‘Big-T’ traditions versus ‘little-t’ traditions. The ‘Big-T’ would be the core beliefs, the non-negotiables that summarize major beliefs. Such examples would be the Bible, the Apostle’s Creed or the Nicene Creed. The ‘little-t’ would be codes of conduct and minor rubrics that can be subject to change without dismantling the entire theological framework.  And to be fair, sometimes traditional Christians (especially Catholics and Orthodox) can mistake minor rubrics for non-negotiables. This can fuel the resentment that Evangelical Protestants may withhold — thus feeding the stereotypes of a legalistic mentality attributed to traditionalism.

While trends come and go like algae in an ocean tide, tradition is the means by which the grace of God can medicate a society that is addicted to the instant gratification of new highs and exciting trends. To me, the hyper-sensitivity towards tradition is a symptom of a puritanical Christianity with an identity crisis. It’s an iconoclastic mentality that is so fearful of damnation that it is willing to equate beauty with the demonic, creativity with the diabolical and anything mysterious as abysmal. Who’s to say God cannot use man-made traditions in a way that could draw people closer to Heaven?

I think this is why God is often referred to as the object of worship while tradition is the means of worship. We do not worship the form, but the One whom the form submits to. If a man-made tradition becomes anything but something intended to glorify God, then it is nothing more than an earthly trend destined to perish over time. Because that’s exactly what little-t traditions are — earthly trends that are subject to come and go, change or disappear forever.

It is through tradition that God reflects what is true, concrete, unchanging, everlasting and eternal. So if we truly value what God has to offer, let’s stop treating ‘tradition’ like a dirty word.

“So then, brethren, stand firm and hold to the traditions which you were taught by us, either by word of mouth or by letter.”
– 2 Thessalonians 2:15 RSV 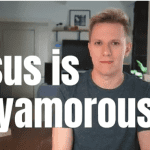 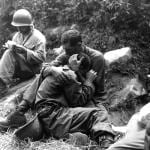 September 8, 2019 Love Yourself First?
Recent Comments
4 Comments | Leave a Comment
Browse Our Archives
get the latest from
Coffee and Crucifix
Sign up for our newsletter
POPULAR AT PATHEOS Catholic
1