Why Christian Films Are Absolutely Terrible

Cinematography may have only been around for over a century, but it has become one of the most utilized forms of communication in the modern age. It combines storytelling, music, drawing and painting (in cases of animation) with photography in a way that has never been artistically expressed or realized with such ingenuity in previous history. With that in mind, there are many factors that make for a good film such as a compelling story arc, relatable characters who grow and develop through trial and hardship, as well as an antagonist with a complex past and a motive that provokes the central conflict. Many of the most memorable films in recent cinematic history contain all of these qualities; but in the case of faith-based films, many of them seem to have developed a reputation of severely lacking in these areas.

Christian films are often lamented to be one of the most cringey genres in the realm of the motion picture industry. The most notable feature of what makes these films so horrible is how they are often of low-quality. To be fair, this is often due to limitations of studio budgets and availability of resources since many Christian films are independently produced or funded by a ministry or church denomination. Granted this, professional actors are often too expensive to hire, so directors and producers will sometimes recruit people through word of mouth or through church connections. But more often than not, there are secular films starring A-list actors with overblown budgets that turned out to be mediocre at best (I’m looking at you, Michael Bay!), and low-budget films that surprisingly exceed expectations. This only proves what makes these films successful is not necessarily the budget of these films, but how they are executed.

Sometimes the easiest telltale sign that a film is geared towards a Christian audience is the branding and marketing. Often the promotional movie poster will show the main characters staring blankly into the camera with little depiction of a compelling conflict or story arc — like an awkward family photo session at a department store from the late 90’s. Or the movie trailers explicitly imply a happy ending rather than leaving the target audience wondering whether the characters will succeed and rise above the conflict at hand. Films with titles such as Overcomer and Chained No More automatically spoil their endings without even giving any plot details, even if the overall messages they send are good and well-intended. Sadly, this makes for mundane and anti-climactic storytelling that typically loses an audience (especially a non-religious one) long before the movie even starts. Most Christian films are seldom targeted towards secular audiences to begin with, nor are they typically character or story-driven. Most are geared towards preaching to the choir and establishing a confirmation bias. These films are basically built around a Sunday sermon while dressed up as ‘entertainment.’

This leads to my next point. Some would argue that many Hollywood films are notorious for sneaking in messages or provocative imagery in order to seduce their viewers to the worldviews of the artists who made them, which could arguably explain why people have become more and more numb towards the amount of violence, suggestive language and sexual innuendo than never would have been considered acceptable 20 years ago. This is where many Christians are critical of what kind of entertainment they allow themselves to be exposed to, lest they become influenced by the agendas of these media producers. Similarly, this is where many Christian films become disingenuous and insult the intelligence of their audience. Films that are based around a sermon or a message have an agenda. In the cases of both secular and Christian cinema, this is where a film ceases to be ‘art‘ and more like propaganda.

A prime example of what Christian films should avoid becoming can be seen in God’s Not Dead. SPOILERS AHEAD!! The main protagonist is a university student in a philosophy class who happens to be a devout Evangelical Christian. The antagonist is the philosophy professor who just happens to be an atheist and hates God due to a painful past. The student refuses to write Friedrich Nietzsche’s coined phrase ‘God is dead‘ on a paper as part of the initial assignment, causing competitive tension between him and his instructor. The student makes it his mission to debate with his professor about the existence of God and to prove him wrong in spite of being threatened with a class failure. Fast-forwarding, the film ends with the professor getting struck by a car while crossing the street. A reverend happens to be close by during the incident and informs the professor that God has given him a final chance to accept Jesus as his savior. Cue Newsboys concert where the student who challenged the professor is practically hailed as a hero and everyone is raising their hands in a strobe-lighted, contemporary worship euphoria. The film has other sub-plots with a Muslim girl who becomes a Christian, is disowned and suffers physical abuse at the hands of her father. There is also a liberal-minded news reporter who interviews Willie Robertson of Duck Dynasty (a Christian celebrity) in an attempt to find dirt on him, only to have her atheist boyfriend dump her immediately after she tells him about her cancer diagnosis. All of these characters, whom the audience has little attachment to, appear at the Newsboys concert at the end. Everybody is Christian and happy, even after SOMEBODY JUST GOT HIT BY A CAR AND DIED.

Anyone can make a film, but few can provide compelling visual storytelling. Sadly, most Christian films look like they were filmed by preachers as opposed to actual filmmakers. In God’s Not Dead, the Christians are depicted as flawless, kind and loving protagonists while the atheists are portrayed as the miserable, self-centered, hateful and deranged scum of the earth. This particular portrayal of atheists creates a divisive narrative that is sure to repulse any non-religious person from ever considering Christianity. In reality (at least in my own experiences) some of the most genuine people I’ve ever met were atheists and agnostics, while the most manipulative, unkind and abusive people I’ve ever dealt with happened to be Christians. Because the overall message is the hallmark of these films, the story becomes unimaginative and the characters become one-dimensional stereotypes void of any human complexity.

In other words, it’s propaganda.

In secular films that support Christian themes, the Christians are often depicted as being just as human as all the other characters. One particular film that depicts the brutal reality of Christian persecution is Martin Scorcese’s film Silence. Again, SPOILER ALERT!! The story involves two Catholic missionary priests who journey to Japan to find out the whereabouts of their fellow priest who disappeared. Upon arrival, they are acquainted with Japanese Christians who have been in hiding from the Emperor’s crackdown on conversions. They are eventually captured and forced to renounce their faith by stepping on an icon of Jesus under penalty of torture and death if they did not comply. While some embraced their willingness to die as martyrs for God, the Japanese army resorted to more manipulative tactics such as forcing the priests to apostatize in order to save his brethren from gruesome torment. Some had even renounced their faith in order to live comfortable lives as Japanese citizens. The film is an uncomfortable watch, yet it raises questions for the viewers to discern what they would do in the face of having to choose between their faith or saving their loves ones.

I think most Christian films (especially those produced by Pureflix) struggle with telling compelling stories that wrestle with difficult scenarios because Christian audiences habitually avoid anything that implies a sense of dread due to the influence of purity culture. Though an exception to the idea that Christian films avoid controversy would be the film Unplanned — due to its sensitive nature regarding the reality of abortion. It became the first Christian film to ever receive an R-rating and was banned from theaters throughout North America until they eventually caved to public demand. Most Christians would rather watch safer films such as War Room (which offers a one-sided perspective on the effects of prayer against spiritual opposition) as opposed to films that wrestle with issues of faith and the demonic with a healthy dose of nuance such as The Exorcism of Emily Rose (which challenges supernatural occurrences from both a secular and spiritual perspective). This is only my own view, but I think this is somewhat influenced by the Protestant notion of assurance of salvation. There is always an insatiable desire to be assured of a happy and positive ending rather than relying on hope that drives protagonists to work against the antagonists to resolve the central conflict — which would further accentuate the beauty of a bittersweet epilogue. There is little to be marveled at or appreciated in a journey where you already know what the ending is like.

The purity-culture that surrounds the Christian film industry limits creative direction by suppressing anything that appears mildly edgy, dark or controversial for the sake of appeasing an audience who is afraid of the brutality and grittiness of reality. Like the Christian music industry, Christian filmmaking is rarely an art form, but rather in the business of selling visual sermons. As long as their target audience is willing to eat up these films without giving it a second thought, the show will always go on even on Sundays. 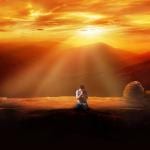 May 19, 2020
Your Conversion Experience Does Not Determine Your Spiritual Worth
Next Post

June 3, 2020 Systemic Racism, White Privilege and the Nature of Sin
Recent Comments
0 | Leave a Comment
"Roman Catholicism/Orthodoxy and High Church Anglicanism worship rituals are based on a continuity with the ..."
Artistree Is Honoring And Venerating Saints Equal ..."
"Based on a study of history and civics, it seems the Roman Catholic Church is ..."
Kyllein MacKellerann Is Honoring And Venerating Saints Equal ..."
"Osteen, Creflo Dollar', Kenneth Copeland and all those other Gulfstream worshipping preachers are atheist generators. ..."
Karen Silver The Problem With Prosperity Theology
"How was it relevant to YHWH that the Ark of the Covenant be made of ..."
Alex Lielbardis In Defense of Mary’s Immaculate Conception
Browse Our Archives
Related posts from Coffee and Crucifix