Christianity Is Neither a Monotheism Nor a Religion of the Book (Remi Brague) September 5, 2013 Artur Rosman

Rémi Brague has built a distinguished career making important distinctions about the Christian heritage in the West.

For example, in the classic The Wisdom of the World: The Human Experience of the Universe in Western Thought he charts how Western thought originated in an affirmation of the world as a source of wisdom. He then demonstrates how our ambivalence toward the world as a source wisdom is rooted in the ambivalence (not to be confused with an outright rejection) of Christianity toward the world. His The Law of God: The Philosophical History of an Idea narrates the relationship between the law and religion in Western thought and the different roles Judaism, Islam, and Christianity play in these debates. The importance of these books cannot be underestimated, if only because they help us recover and better understand the role Islam plays in the West’s ex definitio Eccentric Culture.

But why is Christianity not really a monotheism, nor a religion of the book?

According to Brague’s latest book, On the God of the Christians (And on One or Two Others), the simple answer is that both of these phrases came into existence very late. They appeared only around the 17th and 18th centuries and were used by polemicists against Christianity (plus Judaism and Islam). They are not part of, if you will, the natural self-identification of these groups.

Now If we were serious about how Christianity understands itself then it would make much more sense to call it a trinitarianism rather than a monotheism. On the other hand, the label “monotheism” has always trucked in negative presuppositions about the religions it describes. This is evident in how it’s been historically paired with a positive evaluation of a mythical (historically non-existent) tolerant “polytheism,” especially since the writings of the German Romantics.

Finally, the label “monotheist” is so wide and useless that it obviously applies to both Aristotle’s lonely introvert god and the watchmaker god of the deists. The label monotheism only requires one occupant of the set of divinity without any other qualifications. You might as well say that you have no preference between a Rolls-Royce and a Yugo, because they’re both cars.

Brague also dismisses the label “religions of the book” for much the same reason. It completely ignores the incompatible understandings of what the book means for each one of these religions. Plus, there are plenty of other religions with books (Zoroastrianism, Hinduism, Mormonism, pretty much every religion has its own sacred text).

Here’s Brague’s succinct formulation of the key differences: “The religion of Israel is a history that led to a book; Christianity is a history recounted in a book; Islam is a book that led to a history.” The author obviously develops this argument in much more detail in On the God of the Christians by considering how these three religions have different notions of revelation and have wildly divergent understandings of how their sacred texts function. The most curious fact is that the whole notion of the “people of the book” derives from Islamic law and is not in any way value neutral. Furthermore, the divinized role Islam assigns to the Koran, on top of the role it played in generating Islamic history, means that of the three religions it is probably the best candidate for being labeled a religion of the book.

Brague also goes into detail why the notion of the “religions of Abraham” is a misnomer before unfolding his own exposition of unique features of Christianity. You’ll have to dig into his argument if you want to figure out why Abraham is not a figure that brings those three religions together.

Finally,, here’s a lecture where professor Brague make yet another hard-hitting argument: “Atheism has failed, hence it is doomed to disappear in the long run.” 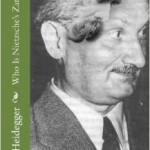 September 9, 2013 Considerations for a (Violent &) Secular Age
Recent Comments
0 | Leave a Comment
"Wait a minute, what am I missing? The host must contain some gluten, lest it ..."
RPlavo . The Surprising Anti-Capitalist Logic Behind the ..."
"Gluten intolerance is completely -- and I mean completely -- different from celiac disease. Many ..."
Bobby Lawndale The Surprising Anti-Capitalist Logic Behind the ..."
"Read Bruno's comment: #2 below your ranting comment."
Adrienne Szatkowski Michael Voris’s Stunning and Admirable Broken-Hearted ..."
"Science needs "a confession of sins and an articulate profession of faith"? Seriously?Certainly, individual scientists ..."
Elzbieta 2 Reasons Why the March for ..."
Browse Our Archives
get the latest from
Cosmos The In Lost
Sign up for our newsletter
POPULAR AT PATHEOS Catholic
1