Thinking through betrayal reminded me of Hermann Broch’s novel The Sleepwalkers. It’s one of those books that you faithfully return to whenever you get the chance. I’ve encountered my fair share of such books. I’ve also been tagged in those “influential books” lists on social media, but I can’t get it all down into a list of only ten books from all genres.

Therefore, I’ll attempt a quasi-bracketology approach by making TOP10 lists of genres (to be determined later) over the next few weeks. Maybe by the end I’ll come up with a way to sifting through all these in order to come up with an uber-list?

Anyway, the experiment will commence with a list of novels. Below you will find ten books that have totally rearranged the furniture of my mind.

I’ll try to give you a brief impression of how they’ve affected me and a publisher blurb (some of them singularly unhelpful, but nearly all of them are from recognized authorities) to further entice you to read these remarkable novelistic universes. Click on the links to get more in-depth descriptions of the books (I can’t do all the work for you. I’m lazy too).

You’ll note that most of these books veer into the domain of theology. I’ve argued elsewhere (somewhere… maybe here?) that novels frequently address religious questions better than most texts you’ll find on theology shelves. As a Pole, I’m disturbed by how many of my favorite books were originally written in German! I had no idea.

In no particular order of preference:

1. The Brothers Karamazov by Fyodor Dostoevsky

This Russian novel should be appended to the Gospels. There’s no more challenging and true formulation of Christianity than Zosima’s “We are all responsible for all” and everything that follows from it. Pick up at your own risk.

“[Dostoevsky is] at once the most literary and compulsively readable of novelists we continue to regard as great . . . The Brothers Karamazov stands as the culmination of his art–his last, longest, richest and most capacious book. [This] scrupulous rendition can only be welcomed. It returns to us a work we thought we knew, subtly altered and so made new again.”
—Donald Fanger

2. The Sleepwalkers by Hermann Broch

The Sleepwalkers is one of the richest and most carefully structured novels around. Broch paid attention to every detail in how the ideas of three generations are incarnated in their dress, manners, ways of speaking, and thinking. The novel includes a mix of poems, personal letters, academic papers, and even a treatise on the divine-Logos.

“A plot summary does justice neither to the narrative power of The Sleepwalkers nor to its experimental originality… Having a convenient edition ready for Broch’s centennial year should help acquaint Americans with a classic that enlarged the scope of 20th-century fiction by focusing with unparalleled precision on the profound transformation of values that produced the modern consciousness.”
—Theodore Ziolkowski

3. The Magic Mountain by Thomas Mann

The intellectual pyrotechnics between the liberal Settembrini and the reactionary Jesuit Naptha, as they battle for the heart of Castorp, are some of the most intense in literature. The reader cannot help but be swayed to and fro along with Castorp with each blow until the Great War sweeps it all down into the abyss.

“This is one of those works that changed the shape and possibilities of European literature. It is a masterwork, unlike any other. It is also, if we learn to read it on its own terms, a delight, comic and profound, a new form of language, a new way of seeing. ”

Calvino is the novelist-poet of everyday life in all its detailed richness. You haven’t woken up to the wonders and delusions of your daily life until you’ve read this little novel.

“What is most impressive about Mr. Palomar is a sense of the safety net being withdrawn at the end, of beautiful nimble solitary feats of the imagination being carried off not so much to dazzle and audience as to outface what poet Philip Larkin calls ‘the solving emptiness / That lies just under all we do.'”
—Seamus Heaney

5. The Book of Laughter and Forgetting by Milan Kundera

Kundera’s novel simply takes you out of the illusory comforts of the West and puts you in solidarity with the shaken of history. Painful read.

“In ‘The Book of Laughter and Forgetting’ a work of social realism and protest coexists with a brittleness, an angelic mockery that, amid much melancholy remembrance and shrewd psychology, makes us uncomfortable.”
—John Updike

6. The Ruin of Kasch by Roberto Calasso

This is a novelistic retelling of nearly every significant event since the French Revolution and how the rest of history relates to it. I don’t know how he packs so much philosophy, art, history, and religion into one novel.

“Calasso seems to have plundered no less than a national library to make this demanding but unfailingly provocative book. Its theme…is the shallowness of the modern mind, and because of the very workings of modern culture that Calasso so astutely analyzes, I hesitate to apply to his book the epithet it richly deserves: masterpiece…Like all great books, it reads us more truly than we read it. And like all great works of art or reflection, it may make you change your life.”
—Jay Tolson

7. The Second Coming by Walker Percy

The Second Coming is my favorite Percy book. It’s the one novel of his where there is a carefully wrought balance between the male and female characters. The book overflows with innuendos and eschatology, frequently at the same time, as in the title. It also contains Percy’s most sustained (and hilarious) musings about God. The reviews and blurbs don’t do justice to this book. It’s a revelation.

Few reading experiences give you a zest for life as much as reading Nietzsche. Zarathustra is an ecstatic novel where the author kills God (or rather blames the readers for killing God for him), laments the deed, then tries on substitute divinities. There’s also some bad poetry thrown in to cap it all off.

“The profoundest book there is, born from the innermost richness of truth, an inexhaustible well into which no bucket descends without coming up with gold and goodness.”
–Unattributed, but I’m guessing this is Nietzsche on Nietzsche, just because

9. Waiting for the Barbarians by J.M. Coetzee

I could go with any number of Coetzee books, but this one is perpetually relevant to any number of political situations. To say the novel about colonialism would not do it justice, because it makes you feel the lashes of life on the frontier.

This partially fictionalized diary begins with “Monday: Me. Tuesday: Me. Wednesday: Me. Thursday: Me,” records a hypnotizing encounter with the devil, and goes on to criticize critics of Simone Weil. It’s impossible to classify.

“Having this book in my hands, I felt a joy at the thought that strong personalities, like that of Gombrowicz, sooner or later find recognition thanks to the sheer intensity of their existence.”

Honorable mentions–that is, books that did not appear on this list for some random reason, but should be on it–include: Gilead by Marilynne Robinsion, The Polish Complex by Tadeusz Konwicki, The Elementary Paricles by Michel Houellebecq, The Heroic Face of Innocence by Georges Bernanos, and Absalom, Absalom! by William Faulkner.

Additionally these are some books I’ve started, haven’t finished, but they still have messed me up: The Man Without Qualities by Robert Musil, Swann’s Way by Marcel Proust, Underworld by Don DeLillo, and James Joyce’s Finnegans Wake.

To cap this opening installment off here’s the great French-Lithuanian philosopher Emmanuel Levinas in a rare interview talking about the importance of careful reading of texts, including novels (avec sous titres): 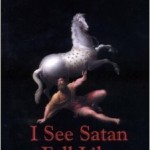 September 17, 2014
Hermann, Max, Woody and Falling Out of the Ordo Amoris
Next Post

September 22, 2014 All the Best to the Russians, But I Am Profoundly Skeptical
Recent Comments
0 | Leave a Comment
"So you in fact did not vote for the lesser of two evils but instead ..."
gethoht Hunter S. Thompson’s Fear and Loathing ..."
"Wait a minute, what am I missing? The host must contain some gluten, lest it ..."
RPlavo . The Surprising Anti-Capitalist Logic Behind the ..."
"Gluten intolerance is completely -- and I mean completely -- different from celiac disease. Many ..."
Bobby Lawndale The Surprising Anti-Capitalist Logic Behind the ..."
"Read Bruno's comment: #2 below your ranting comment."
Adrienne Szatkowski Michael Voris’s Stunning and Admirable Broken-Hearted ..."
Browse Our Archives
Related posts from Cosmos The In Lost 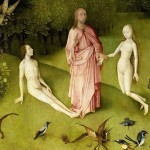