Let me be clear, I can only read Matt Walsh’s constant emoting one paragraph at a time.

His never-ending rivalries with the easiest targets make me physically ill. After these rare reads I know what Jean-Michel Oughourlian [one of the two thinkers who interviewed Girard in Things Hidden] means when he says in The Genesis of Desire that our desires are making us sick and destroying our relationships.

From what I’ve been able to gather, Walsh’s appeal lies in his rivalristic emoting with headlines such as: “Sorry, but it’s your fault if you’re offended all the time,” “Why is everyone so mad at Ray Rice for punching his fiancee?,” and finally “Joel Osteen and his wife are heretics, and that’s why America loves them.”

Can you see how he clearly marks out the boundaries in each of those headlines? Upon reading them you know how to identify the enemy immediately and know he or she deserves to be (rhetorically) eradicated.

If merely reading those headlines has gotten you all lathered up and ready to fight the infidels, then I’d like to remind you of Alasdair MacIntyre’s definition of emotivism in After Virtue:

What is the key to the social content of emotivism? It is the fact that emotivism entails the obliteration of any genuine distinction between manipulative and non-manipulative social relations. Consider the contrast between, for example, Kantian ethics and emotivism on this point. For Kant–and a parallel point could be made about many earlier moral philosophers–the difference between a human relationship uninformed by morality and one so informed is precisely the difference between one in which each person treat the other primarily as a means to his or her ends and one in which one treats each other as an end.

Walsh almost exclusively uses others as means to his own end of scoring points in the culture wars (and boosting internet traffic). This is why his writing is so banal. It does not challenge anyone to drop their defenses.

In the end Walsh becomes like his enemies, because in his rivalries he plays a zero-sum cultural warrior game of either me or the other [I just clicked on a link to an interview with him some random site and the popup ad predictably read “fight the liberal media”]. Perhaps the only heuristic value of Walsh’s writing lies in the way that it suggests an overlap between MacIntyre‘s discussion of emotivism and Girard‘s discussion of mimetic rivalry.

Is Walsh even a Christian? Because the set of virtues he subscribes to in his writings is more appropriate for an Athenian warrior. Good luck filling that job in today’s world without looking ridiculous!

[I honestly never read anything of his, not that I can stomach reading much, that indicated his religious affiliation–political, yes. I dug around the internet out of idle curiosity and it turns out he’s papist.]

His latest post starts out with “maybe I’m a jerk,” and so maybe he is. The best way to avoid infection by this sort of cultural warrior contagion is to ignore it rather than fight it. That’s something I’ll go back to starting now.

For a more thorough introduction to Girard’s understanding of rivalry and desire look at the IMITATIO website link here or watch the following video: 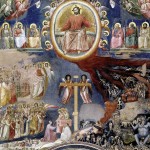 September 30, 2014 Psychopolitics: Schmitt, Bush's Iraq Mess, and the Saddam Solution
Recent Comments
0 | Leave a Comment
"So you in fact did not vote for the lesser of two evils but instead ..."
gethoht Hunter S. Thompson’s Fear and Loathing ..."
"Wait a minute, what am I missing? The host must contain some gluten, lest it ..."
RPlavo . The Surprising Anti-Capitalist Logic Behind the ..."
"Gluten intolerance is completely -- and I mean completely -- different from celiac disease. Many ..."
Bobby Lawndale The Surprising Anti-Capitalist Logic Behind the ..."
"Read Bruno's comment: #2 below your ranting comment."
Adrienne Szatkowski Michael Voris’s Stunning and Admirable Broken-Hearted ..."
Browse Our Archives
Related posts from Cosmos The In Lost