No Devil, No God

There is an amusing episode recounted by the distinguished historian Tony Judt in his NYRB obituary for Leszek Kolakowski:

The seductively suggestive title of Kołakowski’s talk was “The Devil in History” [I believe it was renamed “Politics and the Devil” and collected in Modernity on Endless Trial] For a while there was silence as students, faculty, and visitors listened intently. Kołakowski’s writings were well known to many of those present and his penchant for irony and close reasoning was familiar. But even so, the audience was clearly having trouble following his argument. Try as they would, they could not decode the metaphor. An air of bewildered mystification started to fall across the auditorium. And then, about a third of the way through, my neighbor—Timothy Garton Ash—leaned across. “I’ve got it,” he whispered. “He really is talking about the Devil.” And so he was.

I was thrilled by the recently released Oliver Davies book, Theology of Transformation, because he articulates a vision of an unadulterated Christianity that has nothing to fear from the latest scientific understandings of the world. In fact, Davies believes that what he calls the present Second Scientific Revolution, with its emphasis upon how body and mind are enmeshed, is much more amenable to Christian incarnational belief than the extreme dualism of the First Scientific Revolution.

But the devil was almost totally missing from the Davies book. I believe that the Evil One only made appearances in adjectival and adverbial form as “demonic.” Neil Forsyth in his massive study, The Old Enemy: Satan and the Combat Myth suggests why this might be a very big omission:

“No Devil, no God,” as John Wesley put it, but this idea is not a peculiarity of the devil-soaked Protestant imagination; it is basic to the Christian story. It is mainly Satan, in fact, who give to Christianity the mythological dimension that has been so much at issues in modern theology, from the “demythologizing tradition” initiated by Rudolf Bultmann to the book which a few years ago disturbed the quiet waters of English theology, The Myth of God Incarnate. The depredations and tyranny of Satan are what motivate the incarnation story and that against which the activities of Christ are directed.

Statements like these drive my theologian friends crazy, because they take them as ontological or dogmatic statements. But it is easy to see how the almost universal disappearance of the Devil from modern Christian theology takes the teeth, not to mention the horns, out of the Christian narrative and ultimately the faith. In the end one wonders what precisely is Christ saving us from. Where’s the action, man?

I was not entirely surprised Davies made this omission–it’s all too typical. However, he could have taken advantage of a resource from my TOP10 philosophy list, I mean, Rene Girard.

Girard’s theories can be distilled into the following: a) human beings copy all their desires from each other b) this copying usually leads to conflict between rivals c) once the desire miming gets out of control it can destabilize a whole society d) the said society usually regains its equilibrium and peace through the unification caused by a mob killing of a scapegoat (human or animal).

Girard makes a novel move in the book mentioned in yesterday’s list Things Hidden Since the Foundation of the World and in the following passage from a more recent book, I See Satan Fall Like Lightning, by identifying this process with Satan:

[Satan] sustains himself as a parasite on what God creates by imitating God in a manner that is jealous, grotesque, perverse, and as contrary as possible to the upright and obedient imitation of Jesus. To repeat, Satan is an imitator in the rivalristic sense of the word. His kingdom is a caricature of the Kingdom of God. Satan is the ape of God. To affirm that Satan has no actual being, as Christian theology has done, means that Christianity does not oblige us to see him as someone who really exists. The interpretation that assimilates Satan to rivalristic contagion and its consequences enables us for the first time to acknowledge the importance of the prince of this world without also endowing him with personal being. Traditional theology has rightly refused to do the latter.

The further implication from the Girard passage above is that, like in Milbank’s Being Reconciled, even though Milbank intensely dislikes Girard, the Kingdom of God is one of peace and reconciliation–but not without spiritual combat first!

To wrap things up here’s Bono as MacPhisto brilliantly prank-calling strangers during concerts before U2 sold its soul to the Apple demon: 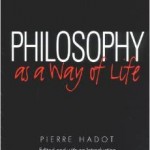 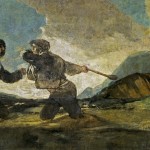 September 25, 2014 On Not Fighting Matt Walsh's Cultural Warrior Contagion
Recent Comments
0 | Leave a Comment
"Wait a minute, what am I missing? The host must contain some gluten, lest it ..."
RPlavo . The Surprising Anti-Capitalist Logic Behind the ..."
"Gluten intolerance is completely -- and I mean completely -- different from celiac disease. Many ..."
Bobby Lawndale The Surprising Anti-Capitalist Logic Behind the ..."
"Read Bruno's comment: #2 below your ranting comment."
Adrienne Szatkowski Michael Voris’s Stunning and Admirable Broken-Hearted ..."
"Science needs "a confession of sins and an articulate profession of faith"? Seriously?Certainly, individual scientists ..."
Elzbieta 2 Reasons Why the March for ..."
Browse Our Archives
get the latest from
Cosmos The In Lost
Sign up for our newsletter
POPULAR AT PATHEOS Catholic
1 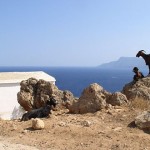 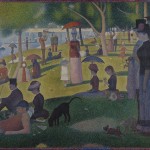 Catholic
Don't Look to Secularism if You Want to...
Cosmos The In Lost 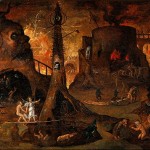