Santorum to CHEMIST Pope Francis: “Leave Science to the Scientists!”

Here’s hyper-Republican ideologue Rick Santorum on Pope Francis (and climate change) in a radio interview you can find in its entirety below:

The Church has gotten it wrong a few times on science, and I think we’re probably better off leaving science to the scientists and focus on what we’re really good on, which is theology and morality. When we get involved with political and controversial scientific theories, then I think the church is probably not as forceful and credible.

Puhleeze, more often than not, the Church has gotten it right on science. This is the main reason why the few times that it hasn’t have stuck out like a sore thumb.

Seriously, who needs enemies like Richard Dawkins when you have this?

This type of American Catholic partisanship once again suggests that the American Church is as dangerous to the Church Catholic, if not more, than the German Church

Doesn’t everyone know Bergoglio holds an MA in chemistry?

Doesn’t that, you know, make the pope . . . a scientist? Or did I miss chemistry becoming not-a-science somehow?

By the way, there’s no environmental encyclical yet. So Santorum is trying shut up the pope before he says anything.

In the end, be wary of what American Catholic public figures say:

On second thought, see my TOP10+ booklist on the dialogue between science and religion instead of listening to his sorry display.

You might also find this compendium of Benedict XVI statements on climate change interesting. 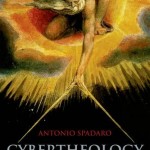 June 2, 2015
Does the Internet Have a Theology? A Review of Spadaro's /Cybertheology/
Next Post 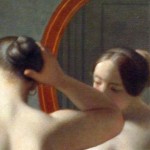 June 3, 2015 Christians are Dynamic Postmodernists Relative to Conservative Bruce — Caitlyn Jenner
Recent Comments
0 | Leave a Comment
"Wait a minute, what am I missing? The host must contain some gluten, lest it ..."
RPlavo . The Surprising Anti-Capitalist Logic Behind the ..."
"Gluten intolerance is completely -- and I mean completely -- different from celiac disease. Many ..."
Bobby Lawndale The Surprising Anti-Capitalist Logic Behind the ..."
"Read Bruno's comment: #2 below your ranting comment."
Adrienne Szatkowski Michael Voris’s Stunning and Admirable Broken-Hearted ..."
"Science needs "a confession of sins and an articulate profession of faith"? Seriously?Certainly, individual scientists ..."
Elzbieta 2 Reasons Why the March for ..."
Browse Our Archives
get the latest updates from
Cosmos The In Lost
and the Patheos
Catholic
Channel
POPULAR AT PATHEOS Catholic
1