Francis’s Integral Ecology: A Bonaventuran Methadone For Our Technocratic Addictions

Kevin L. Hughes is Chair of the Humanities Department at Villanova University. He is the author of Constructing Antichrist: Paul, Biblical Commentary, and the Development of Doctrine in the Early Middle Ages and Church History: Faith Handed On, along with articles appearing in journals such as Modern Theology, Theological Studies, Franciscan Studies, and the Heythrop Journal. His recent work on Henri de Lubac will appear in Reading Scripture as a Political Act and the T&T Clark Companion to Henri de Lubac, and he is working on a book on Saint Bonaventure. He lives in Media, PA with his wife Bridget, a ceramic artist, and their three daughters.

Some critics have claimed that Laudato Si is long on criticism and short on answers. In a recent critique, Rusty Reno pines for “teaching, not just exhortation and denunciation.” For Reno, Francis’s encyclical is yet another instance in post-Vatican II Catholicism where “the need to advocate has often overwhelmed the need for patient, disciplined reflection.” Laudato Si may not offer Reno the kind of didactic instruction he craves, but if he thinks it only has “exhortation and denunciation,” then I fear he’s missing the heart and soul of the teaching it offers.

Laudato Si may be the first encyclical ever to cite Saint Bonaventure more than Saint Thomas Aquinas. So few people, even among theologians, know much of anything about Bonaventure, although some of us are working on addressing that issue. Granted, the citations for each aren’t abundant, but Bonaventure is quoted at key points in document, giving shape to the Pope’s reflection on Saint Francis of Assisi and to his broader theological vision. For Pope Francis, the little poor man of Assisi is “the example par excellence of care for the vulnerable and of an integral ecology lived out joyfully and authentically.” Saint Francis’s integral ecology grew out of his deep sense of fraternal relation to all creatures, because “[his] disciple Saint Bonaventure tells us that, “from a reflection on the primary source of all things, filled with even more abundant piety, he would call creatures, no matter how small, by the name of ‘brother’ or ‘sister’”. It continues: “The poverty and austerity of Saint Francis were no mere veneer of asceticism but something more radical: a refusal to turn reality into an object simply to be used and controlled.” (11)

It may be too subtle for the metaphysically nervous, but these few sentences give a glimpse not only into the central place of Saint Francis in the encyclical but also into the theological heart of Pope Francis’s teaching. Saint Francis, he says, moved “from a reflection on the primary source of all things” to a new kind of relationship to the rest of creation. Bonaventure sees in his spiritual father a perfect model of his own mode of theology, which he calls reductio. We usually translate this as “reduction,” but in a post-Cartesian world, it’s almost impossible to understand it rightly. For Bonaventure, reductio is a re-ducere, a “leading-back” from our experience of creatures to their deepest root and identity in the Creator. For Bonaventure, to contemplate any created being is, potentially, to be led on an itinerarium mentis in Deum, a journey of the mind into God. And the example of Francis shows that this is not a one-way trip: to follow all things to God is to change our way of seeing all things; it is to see God praised in, and through, and by “Brother Sun,” “Sister Moon,” and all creatures.

With reductio in mind, it’s easier to see the kind of teaching that Pope Francis offers. After introducing the central issues in the first chapter, the Pope gives a rich and nuanced theology of creation, of the harmonious ordering of created being, continuously sustained in existence by the loving gift of the Father. “The best way to restore men and women to their rightful place, putting an end to their claim to absolute dominion over the earth, is to speak once more of the figure of a Father who creates and who alone owns the world. Otherwise, human beings will always try to impose their own laws and interests on reality.” (75) Later chapters do contain recommendations for policy initiatives, and policy wonks on the left and right have focused their adulation or anxiety about them, but the real teaching is here, in the theological foundations, and in the spiritual counsel given to all the faithful in the last chapter. Laudato Si almost literally reframes our approach to environmental issues by placing them in the frame of a renewed theology and spirituality of creation. 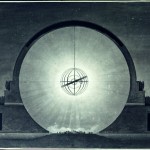 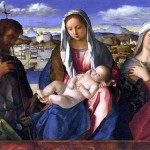 July 4, 2015 5 Leads for Celebrating Dependence Day (An Alternative Holiday)
Recent Comments
0 | Leave a Comment
"Wait a minute, what am I missing? The host must contain some gluten, lest it ..."
RPlavo . The Surprising Anti-Capitalist Logic Behind the ..."
"Gluten intolerance is completely -- and I mean completely -- different from celiac disease. Many ..."
Bobby Lawndale The Surprising Anti-Capitalist Logic Behind the ..."
"Read Bruno's comment: #2 below your ranting comment."
Adrienne Szatkowski Michael Voris’s Stunning and Admirable Broken-Hearted ..."
"Science needs "a confession of sins and an articulate profession of faith"? Seriously?Certainly, individual scientists ..."
Elzbieta 2 Reasons Why the March for ..."
Browse Our Archives
get the latest updates from
Cosmos The In Lost
and the Patheos
Catholic
Channel
POPULAR AT PATHEOS Catholic
1