The Anti-Abortion Supermajority: Beyond the Abortion Wars

The Anti-Abortion Supermajority: Beyond the Abortion Wars July 24, 2015 Artur Rosman

CC: Short answer: yes. Long answer would take a semester of graduate study, which I did with my masters students this Spring. The consensus, even from my skeptics doing an interdisciplinary masters in ethics, was that there was no non-theological way to ground human dignity. We started with the now famous essay from Ruth Macklin, a huge name in secular bioethics, who argues that dignity is just a made-up concept used to justify whatever position one has on other grounds. Indeed, the term dignity is invoked, for instance, by both those who support and those who oppose euthanasia. Macklin thinks that dignity should be replaced by talk about respect for persons or their autonomy.

The question of who counts a person, and what their autonomy means, of course play huge roles in the abortion debate. But any careful study of these questions leads one to the conclusion that there simply is no “purely rational” way of answering them. Utilitarians answer them one way, care feminists another, Thomistic Aristotelians another. And so on. What one believes about the foundation questions of abortion–or about any interesting ethical issue, for that matter–cannot be divorced from the first principles of a moral tradition which simply grab or claim you by some kind of authority. This is true whether one is explicitly religious or one is secular. William T. Cavanaugh argues in The Theopolitical Imagination that the religious/secular distinction in ethics is not a real distinction, and is really being used as a tool of political power: one which can valorize one’s own ethical approach and marginalize that of one’s opponents. Abortion is the classic example: “secular” pro-choice moral positions–though just as dependent on foundational first principles–are welcomed in the public sphere. While “religious” pro-life moral positions are marginalized simply because they often (though certainly not always) come from a normative tradition which is upfront about its faith commitments.

Post-modernity is well-aware of this inconsistency, and is attempting to get the culture to see that there is no “rational” view from nowhere that can properly be called secular. But these things take time to filter down . . . especially when so much political power is at stake in the distinction.

AR: Beyond the Abortion Wars goes against the commonplace that support for abortion is ever-steadily growing. You claim that something like 60% of Americans are against abortion except in dire situations. How solid is this seemingly overwhelming opposition to abortion? Can it be relied upon to severely limit abortion in the near future, or is it, like any sociological trend, vulnerable to political manipulation? 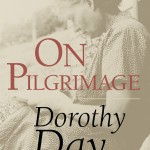 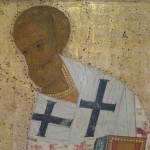 July 28, 2015 John Milbank: The Eastward Movement of Western Theology
Recent Comments
0 | Leave a Comment
"Wait a minute, what am I missing? The host must contain some gluten, lest it ..."
RPlavo . The Surprising Anti-Capitalist Logic Behind the ..."
"Gluten intolerance is completely -- and I mean completely -- different from celiac disease. Many ..."
Bobby Lawndale The Surprising Anti-Capitalist Logic Behind the ..."
"Read Bruno's comment: #2 below your ranting comment."
Adrienne Szatkowski Michael Voris’s Stunning and Admirable Broken-Hearted ..."
"Science needs "a confession of sins and an articulate profession of faith"? Seriously?Certainly, individual scientists ..."
Elzbieta 2 Reasons Why the March for ..."
Browse Our Archives
get the latest updates from
Cosmos The In Lost
and the Patheos
Catholic
Channel
POPULAR AT PATHEOS Catholic
1