The news of a militia standoff in Burns, Oregon is one of those things that are extremely difficult to digest for naturalized American citizens like myself.

It is equally difficult to swallow the treatment of African-Americans at the hands of police. I say this as someone who lived in the Detroit projects when my parents and I first arrived in the United States. It was like living in a Western, but without the protection of the TV screen between myself and the state-sponsored violence.

These 20 years later I find it difficult to comment on America’s matter-of-fact acceptance of the systematic use of lethal force to police its population. The only analogue I have is my vague childhood memories of living in the aftermath of Martial Law in Poland.

That was a totalitarian regime imposing its own version of order upon a non-compliant populace. I thought we were escaping all that, but I was wrong.

Since I’ve disqualified myself from commenting on this typically American whirlwind, I’d like to leave you with commentary from an American-American (non-naturalized) friend.

This friend would like to remain anonymous because of proximity to the events being commented upon:

If over the last several years you’ve thought that any of the black lives cut short by police violence “had it coming” because they were not compliant with law and order and/or were disrespectful and aggressive towards those in authority, then surely you are now advocating for a quick and overwhelming amount of lethal force to be brought against the activists in Burns, Oregon, who are openly breaking the law, actually bearing and threatening to use arms against police forces, intentionally flouting authority, etc. You can’t have it both ways. Conversely, if you think that the patience and calm with regard to the disgruntled and armed activists in Burns, Oregon, is probably the better part of wisdom, then surely you have been deeply outraged at the lack of patience and calm shown by police officers in so many cases in recent years involving un-armed black men and women posing far less of a threat to authority and government than is represented by this “militia” in Oregon. Again, you can’t have it both ways. Or, if you want to have it both ways, especially if you’ve been tempted by the “all lives matter” clap-trap, you have some serious explaining to do.

What does this have to do with Catholicism? African-American Catholics (who supposedly outnumber ALL the Episcopalians in the States) have been victims to these double standards without and within the Church. If you want a synoptic history of their plight then try The History of Black Catholics in the United States.

Racial double standards are so common in the States that America’s troubadour-theologian has immortalized them in one of his songs:

For more on the systematic implications of violence see: Is Christianity a Myth? 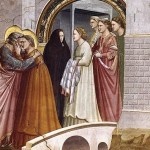 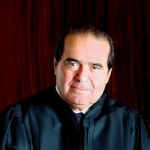 January 5, 2016 Do Catholics Worship the Same God as the Americans & Judge Scalia?
Recent Comments
0 | Leave a Comment
"So you in fact did not vote for the lesser of two evils but instead ..."
gethoht Hunter S. Thompson’s Fear and Loathing ..."
"Wait a minute, what am I missing? The host must contain some gluten, lest it ..."
RPlavo . The Surprising Anti-Capitalist Logic Behind the ..."
"Gluten intolerance is completely -- and I mean completely -- different from celiac disease. Many ..."
Bobby Lawndale The Surprising Anti-Capitalist Logic Behind the ..."
"Read Bruno's comment: #2 below your ranting comment."
Adrienne Szatkowski Michael Voris’s Stunning and Admirable Broken-Hearted ..."
Browse Our Archives
Related posts from Cosmos The In Lost

Catholic
Extraterrestrials Aren't a Threat to Theology, Because They...
Cosmos The In Lost
TRENDING AT PATHEOS Catholic