Why Speak of Theocracy in Poland When Confessional States Make up the Secular West?

Why Speak of Theocracy in Poland When Confessional States Make up the Secular West? June 10, 2016 Artur Rosman

The second solution appears when the ethical perspective is replaced by a political perspective. Now, the point of departure and aim is not to care about the identity of a defined ethical community, but the survival and power of a political community. An example of such a solution was the model in force in the framework of the Roman Empire, where a multitude of nations, peoples and religious communities could live in peace, side by side, only because their ethical claims were neutralised and removed of absolutist aspirations. By submitting to the power of the Emperor, by worshipping him as a god, these communities agreed to submit their ethical canon to a new, higher value. Therefore they lost their self-sufficiency and became part of a bigger and more basic ethical community. In other words, one universal political religion served the Empire as a unifying foundation, a  religion which all inhabitants had to subscribe to, while retaining the right to local diversification of rites. Of course, such a solution, resting on the deification of the state and the authorities, as well as the recognition of all ethical and religious diversifications as basically a non-essential and secondary question, was not acceptable to everybody. Christian communities, which did not consider the godly worship of the Emperor as a minor issue and did not want to accept this condition, were treated in accordance with the logic of the fundamentalist state and subjected to ruthless repression.

It was precisely Christianity which paved the way for the third solution, which we today recognise as the optimal solution. Two essential elements of Christian identity became the basis of this model. The first of these is the separation of the religious (ethical) and political order, and in consequence, questioning the apparently obvious duty of the state to realise the ethical ideal of the dominant community. The words, “give to Caesar what belongs to Caesar, and to God what belongs to God” (Mt 22,21), clearly show that both orders are not identical, but the tasks and aims of the religious and political community have a different character. The second element, undoubtedly the most essential one, is the recognition of every individual man – as created in the image of God and adopted by God in Christ – as the highest value in the world. In this perspective, the sense of all other things, including the sense of power and the state, must be reduced to a servile role towards the aims of the individual.

Both pillars of Christian doctrine were in an evident way irreconcilable with the model of the state, which introduces ethical unity of the community by force, and with the concept which constructs a political religion with the ruler as an earthly God. However, many centuries were needed for an understanding of this fact to become strong enough to bear fruit in a new vision of the political community. The first glimmer of a new consciousness and the new view of the state was the short period of relative religious freedom in the years 313-380 AD, before the doctrine of religious and political unity dominated once again for many centuries, giving support and strength of state institutions to the values of the dominant community, this time Christian.

A new model of the state was not developed until modern times, which was caused to a large extent by the crisis in the identity of Christianity and the Reformation which was connected with this. Attempts to restore the violated ethical unity led to religious wars. If one of the sides had had a decisive advantage everything would have ended in accordance with the principles of the fundamentalist state; heretics – in the same way as earlier sects – would have been eliminated. The relatively equal balance of forces led to the search for compromise solutions which would put an end to the bloody conflicts. In a natural way, solutions were sought by way of modification of the old model. The Peace of Augsburg (1555), based on the principle of separating the two sides which were at odds with one another – cuius regio eius religio – expressed the traditional conviction that political unity is possible only on the basis of ethical unity. The effect of this was the creation of a system of fundamentalist states, whose relicts, the Scandinavian states, exist to this day. In comparison with half-measure solutions such as the Nantes Edict (1598), which in the Catholic state introduced the practice of limited tolerance only in relation to the Huguenots, the act of the Warsaw Confederation De pace inter dissidentes of 1573 stood out, fully recognising the principle of religious freedom as a fundamental right.

In parallel with the actions of people of power and politics searching for practical ways of achieving peace, an intellectual debate was taking place in which the theoretical framework of the new model of the state was gradually developed. What did this new project consist of/in? Its foundation was the recognition of the principles of religious freedom as the basic value of the political community, while a specific means of realising this value was the strict distinction of the political order from the ethical-religious order. The acceptance of the principle of religious freedom signifies the acceptance of diversity. However, since individual ethical communities do not want, or cannot agree with, the existence of different communities, only political authorities, having at their disposal the instruments of coercion, can induce them to do this and so prevent conflicts. The authorities must separate these communities from each other, demarcating the appropriate field of activity for both of these. But above all, they must deprive the communities of the possibility of influencing state institutions, so that they cannot impose, through these institutions, their own particular values on others. The new model of the state is supposed to be based on a kind of privatisation of religious communities, or – what in this case signifies the same – on their depoliticisation. The restriction of the aspirations of these communities, consisting in forcing them out of the field of politics, is associated with the restriction of the scope of activity of the state, which resigns from the realisation of the ethical demands of the dominant community and concentrates on guaranteeing political unity and internal peace. This solution resembles the model known from the times of the Roman Empire. However, the difference is fundamental: the state does not appear here as the object of absolute claims, but as an object of limited power (strictly speaking: self-limiting), subordinate to a superior value, which in a world shaped by Christianity, became the individual and his personal relation to God.

Therefore, the political unity of the modern state, although imposed by force, does not rest exclusively on force. In a state of religious freedom, power serves people who belong to different communities, taking care to guarantee them such conditions in which they can live safely and in peace, in accordance with the ethical requirements of their community. It is possible to define these conditions precisely. Together, these conditions create an ethical canon which the modern state is to serve. It amounts to a set of values common to all communities, in other words, elementary rights of man – the right to life, inviolability of the body and property – without which religious freedom is fiction. The modern state of law is therefore a state of recognised rights, and not a state of ethical obligations. Its coercive apparatus, as the “sword of justice”, guards these rights, creating for every human a real guarantee that his person and the decisions of his conscience will be respected. This is at the same time a state of ethical minimalism, strictly limiting its tasks to the protection of basic rights, in contrast to a fundamentalist state – a state of ethical maximalism – which attempts to support the full range of values of the dominant community. These three concepts: the state of religious freedom, the state of ethical minimalism, and the state of law[1], constitute a synthetic depiction of the essence of the modern model of the state and, although each of these stresses a slightly different aspect of it, they can be treated as synonymous.

Of course, this new model of the state was not introduced immediately. Put into effect by people of power and politics who were personally responsible for the maintenance of internal peace in the state, until up to the second half of the last century, was contested by religious communities – by both Protestants and Catholics – who were strongly tied to the traditional concept of the fundamentalist state. Such an attitude of the Christian communities, although tolerating the presence of denominational competitors according to the principle of lesser evil, but principally rejecting freedom of conscience as a universal right, had an influence on the fact that it was not religious freedom, but its secularised equivalent – the idea elaborated ultimately by Kant of the moral autonomy of man – that became the foundation of the philosophical argument justifying the model of the state of ethical minimalism. 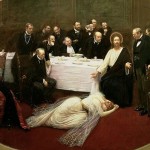 June 9, 2016
Palestinians Are the Living Key to "Tear Flasks" & the Bible's Strange World
Next Post 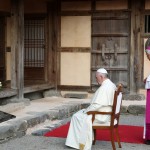 June 12, 2016 Pope Francis Unequivocally Condemns Florida Man's Gay Bar Shooting Rampage
Recent Comments
0 | Leave a Comment
"Wait a minute, what am I missing? The host must contain some gluten, lest it ..."
RPlavo . The Surprising Anti-Capitalist Logic Behind the ..."
"Gluten intolerance is completely -- and I mean completely -- different from celiac disease. Many ..."
Bobby Lawndale The Surprising Anti-Capitalist Logic Behind the ..."
"Read Bruno's comment: #2 below your ranting comment."
Adrienne Szatkowski Michael Voris’s Stunning and Admirable Broken-Hearted ..."
"Science needs "a confession of sins and an articulate profession of faith"? Seriously?Certainly, individual scientists ..."
Elzbieta 2 Reasons Why the March for ..."
Browse Our Archives
get the latest updates from
Cosmos The In Lost
and the Patheos
Catholic
Channel
POPULAR AT PATHEOS Catholic
1