The Myth of Secularization

Secularization theory attempted to expose religion as a myth, but the tables have turned.

Nietzsche, Marx, and Freud–collectively called the Masters of Suspicion–supposedly wreaked havoc on Christian belief during the early and mid-20th century. This left theologians such as Hans Kung (the man who only writes books with question marks in the title) scrambling to appropriate their supposedly secular insights about metaphysics (Nietzsche), collective life (Marx), and the individual (Freud) in books such as Does God Exist?. 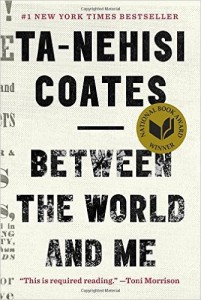 The notion that Christian belief is naïve, rather than skeptical, is still operative in the intellectual mainstream. I’ve listened to several interviews with Ta-Nehisi Coates, author of the fascinating bestseller on race relations, Between the World and Me. The last one was a conversation at the New York Public Library: Ta-Nehisi Coates on Theft, Atheism, and History, where he rehashes his standard argument against religion. He sees religion as only a pie-in-the sky coping mechanism that makes you lazy about achieving justice in the present world. Coates ignores the subversive possibility that all of Christianity might not be the feel-good American Protestantism he’s right to criticize.

Terry Eagleton’s Faith, Reason, and Revolution is probably the best riposte to such old modernist arguments against religion as a coping mechanism. If anything, the Christian tradition is the ultimate source of the kind of righteous outrage we see from the author of Between the World and Me. 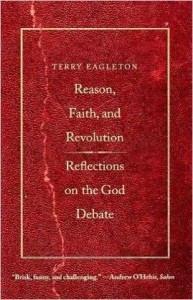 My extensive research taught me that the secularization theory is falling apart, and that many of the critiques of religion are themselves religious, what’s more these critiques can be just as well, if not better, applied to secular positions. I’ve developed these insights in several posts on the secular mythology through the years:

I confess I’ve become an immense podcast addict over the last couple of years commuting to work. The CBC Ideas series is one of the best things around in the podcast world.

By the way, would anyone be interested in a TOP10 or TOP20 podcast list? Let me know in the comments.

Anyway, rediscovering in-depth interviews with some of the authors from my PhD reading lists, through the CBC Ideas The Myth of the Secular show, is what led me to the series on secularization that, for now, seems to have reached its zenith with Famous Atheists Who Aren’t Atheist: Facebook Creator Mark Zuckerberg and Desecularization.

What follows over the next few pages are links to the 7-part series, The Myth of the Secular, along with the podcast descriptions (gems of compressed insights in themselves), and links to the relevant books [SUGGESTED READING based upon authors interviewed and discussed in the series: Rethinking Secularism by Calhoun; Secularism and Its Critics by Barghava; On Secularization by Martin; A Secular Age by Taylor; The Politics of Piety by Mahmood; Political Theology by Schmitt; Political Theology: Four New Chapters by Kahn; Why I Am Not a Secularist by Connolly; and Theology and Social Theory: Beyond Secular Reason by Milbank].

I hope you’ll find it as useful, informative, and demythologizing as I have. The following episode descriptions tell a great deal of the story, even if you don’t have time to listen to nearly seven hours of world-class programming . . .

March 27, 2017 Wendell Berry and the Given Life
Recent Comments
0 | Leave a Comment
"So you in fact did not vote for the lesser of two evils but instead ..."
gethoht Hunter S. Thompson’s Fear and Loathing ..."
"Wait a minute, what am I missing? The host must contain some gluten, lest it ..."
RPlavo . The Surprising Anti-Capitalist Logic Behind the ..."
"Gluten intolerance is completely -- and I mean completely -- different from celiac disease. Many ..."
Bobby Lawndale The Surprising Anti-Capitalist Logic Behind the ..."
"Read Bruno's comment: #2 below your ranting comment."
Adrienne Szatkowski Michael Voris’s Stunning and Admirable Broken-Hearted ..."
Browse Our Archives
Related posts from Cosmos The In Lost