Patheos Explore the world's faith through different perspectives on religion and spirituality! Patheos has the views of the prevalent religions and spiritualities of the world.
These are strange times we live in, but they are not incomprehensible.

It didn’t take long for folks to demand Christians unequivocally condemn the shootings perpetrated by (it appears) a Muslim Florida man, Omar Mateen, in the Pulse night club, which bills itself as “the hottest gay bar in Orlando”:

What these well-meaning activists don’t seem to realize is how difficult it is for most Protestant Christian and nearly all Muslim denominations to make such gestures, because they are not structured hierarchically like Catholicism.

The pope, for his part, was quick to respond in the name of all Catholics.

The terrible massacre that has taken place in Orlando, with its dreadfully high number of innocent victims, has caused in Pope Francis, and in all of us, the deepest feelings of horror and condemnation, of pain and turmoil before this new manifestation of homicidal folly and senseless hatred. Pope Francis joins the families of the victims and all of the injured in prayer and in compassion. Sharing in their indescribable suffering he entrusts them to the Lord so they may find comfort. We all hope that ways may be found, as soon as possible, to effectively identify and contrast the causes of such terrible and absurd violence which so deeply upsets the desire for peace of the American people and of the whole of humanity. 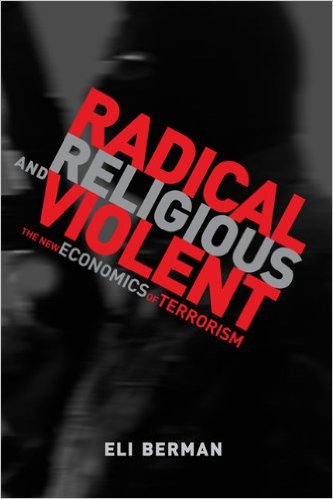 There’s Eli Berman’s Radical, Religious, and Violent: The New Economics of Terrorism from MIT Press for those of you who might want to go beyond the headlines and explore why, if confirmed in its connection to radicalized Islam, such events will continue to happen in our geopolitical climate:

How do radical religious sects run such deadly terrorist organizations? Hezbollah, Hamas, Lashkar-e-Taiba, and the Taliban all began as religious groups dedicated to piety and charity. Yet once they turned to violence, they became horribly potent, executing campaigns of terrorism deadlier than those of their secular rivals. In Radical, Religious, and Violent, Eli Berman approaches the question using the economics of organizations. He first dispels some myths: radical religious terrorists are not generally motivated by the promise of rewards in the afterlife (including the infamous seventy-two virgins) or even by religious ideas in general. He argues that these terrorists (even suicide terrorists) are best understood as rational altruists seeking to help their own communities. Yet despite the vast pool of potential recruits — young altruists who feel their communities are repressed or endangered — there are less than a dozen highly lethal terrorist organizations in the world capable of sustained and coordinated violence that threatens governments and makes hundreds of millions of civilians hesitate before boarding an airplane. What’s special about these organizations, and why are most of their followers religious radicals?

Berman subscribes to the same “religious economics” school of thinking as Rodney Stark, whose book on Anti-Catholicism is featured by Patheos this month. This movement gets a comprehensive treatement in Marketplace of the Gods. These are strange times we live in, but they are not incomprehensible. The “religious economics” approach is one way of coming to grips with them. 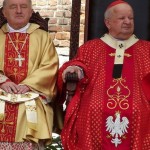 June 10, 2016
Why Speak of Theocracy in Poland When Confessional States Make up the Secular West?
Next Post 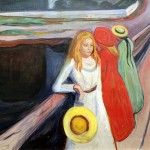 The Demand to Open Churches Is...
suspended in her jar
Related posts from Cosmos The In Lost