The Palm Beach Post seems to be the only news source reporting on some very uncomfortable facts.

They start with what everybody seems to know, a bit of information that could be read several ways:

At least five people have come forward saying they saw Mateen at gay clubs, painting a complicated portrait of the American-born Muslim whom the FBI believes was radicalized by terrorist groups.

Then comes the following from someone who was an intimate of the Orlando gay club shooter:

One former classmate of Omar Mateen’s 2006 police academy class told The Palm Beach Post that he believed Mateen was gay, saying Mateen once tried to pick him up at a bar.

The classmate said that he, Mateen and other classmates would hang out, sometimes going to gay nightclubs, after classes at Indian River Community College police academy. One night, he said Mateen asked him if he was gay. He said no, because he wasn’t telling people he was gay at the time.

“We went to a few gay bars with him, and I was not out at the time, so I declined his offer,” said the former classmate, who asked that his name not be used.

“He said, ‘Well if you were gay, you would be my type.’ I said OK and just went on with the night,” he said. “It was not anything too crazy, but I take that as a pick-up line.”

He believed Mateen was gay, but not open about it. Mateen was awkward, and for a while the classmate and the rest in the group of friends felt sorry for him.

One of Pulse’s patrons is also quite unequivocal about Mateen’s sexual orientation:

Other news outlets talked to people who said they saw Mateen at Pulse years before Sunday’s massacre.

Jim Van Horn, 71, told The Associated Press that Mateen was a regular at the club. “He was trying to pick up people. Men,” he said.

Mateen’s first wife also corroborates these insights into his identity:

His first wife, who left after he became abusive to her, told the New York Times that Mateen might have been gay, but chose to hide it because of anger or shame. She also said that he frequented nightclubs before their relationship, but didn’t say they were gay clubs.

The only person denying this possibility is Mateen’s father, whom, everybody probably knows by now was hated by and not especially close to the shooter:

Mateen’s father emphatically told The Post Monday that his son was not gay.

“If he was gay, why would he do something like this?” Seddique Mateen asked.

There is no reason why Mateen couldn’t have been both gay and Muslim. There are some serious studies on the topic of Islam and sexual preferences such as Before Homosexuality in the Arab-Islamic World, 1500-1800 that question the stereotype of a simple opposition between the two identities.

Furthermore, recent historians have studied early Christian accounts of martyrdom and have come to the conclusion that they were embellished a myth of persecution for polemical purposes. But it is also true that they gay community (not only) has created similar myths. There’s nothing unusual about this. It is natural to look for outsiders to scapegoat after such tragedies. “It’s hard not to be stupid [and succumb to anger, resentment, and revenge],” says Martha Nussbaum in the conclusion to her Anger and Forgiveness. It is almost unnatural to suspect the outsider/perpetrator comes from one’s community.

Take for example the story of Matthew Shephard who has become a patron saint of gay rights. The meticulously researched The Book of Matt: Hidden Truths About the Murder of Matthew Shepard–written by a gay journalist whose life has been threatened ever since the publication–demythologizes Shepard’s story. Matthew wasn’t killed by country bigots; he was killed by a former male lover with ties to the meth underground. Real life is frequently much more complicated than hagiographers let on. It has a genuinely frustrating tendency to upset monocausal explanations.

The problem of negotiating multiple, frequently conflicting, (post-)modern identities is best covered by Kegan’s  In Over Our Heads: The Mental Demands of Modern Life:

If contemporary culture were a school, with all the tasks and expectations meted out by modern life as its curriculum, would anyone graduate? In the spirit of a sympathetic teacher, Robert Kegan guides us through this tricky curriculum, assessing the fit between its complex demands and our mental capacities, and showing what happens when we find ourselves, as we so often do, in over our heads. In this dazzling intellectual tour, he completely reintroduces us to the psychological landscape of our private and public lives.

A decade ago in The Evolving Self, Kegan presented a dynamic view of the development of human consciousness. Here he applies this widely acclaimed theory to the mental complexity of adulthood. As parents and partners, employees and bosses, citizens and leaders, we constantly confront a bewildering array of expectations, prescriptions, claims, and demands, as well as an equally confusing assortment of expert opinions that tell us what each of these roles entails. Surveying the disparate expert “literatures,” which normally take no account of each other, Kegan brings them together to reveal, for the first time, what these many demands have in common. Our frequent frustration in trying to meet these complex and often conflicting claims results, he shows us, from a mismatch between the way we ordinarily know the world and the way we are unwittingly expected to understand it.

Most readers will be aware that negotiating those competing interests and integrating them into a good life is the essence of the age-old Christian practice of discernment. What some of them might not know is that Christianity borrowed this from Greek and Roman philosophy, which were both a way of life guided by spiritual exercises.

In the end it’s likely that it wasn’t a single element of Mateen’s identity, the gay or the Muslim, that lit this fire. It’s been always burning, even, or especially, in Christian history. Despite how much individuals and groups would like to believe Christianity is exclusively a religion of peace… it is not. 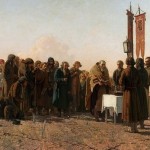 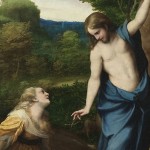 June 17, 2016 The Orthodox Believer's Tale of Jesus's Wife
Recent Comments
0 | Leave a Comment
"Wait a minute, what am I missing? The host must contain some gluten, lest it ..."
RPlavo . The Surprising Anti-Capitalist Logic Behind the ..."
"Gluten intolerance is completely -- and I mean completely -- different from celiac disease. Many ..."
Bobby Lawndale The Surprising Anti-Capitalist Logic Behind the ..."
"Read Bruno's comment: #2 below your ranting comment."
Adrienne Szatkowski Michael Voris’s Stunning and Admirable Broken-Hearted ..."
"Science needs "a confession of sins and an articulate profession of faith"? Seriously?Certainly, individual scientists ..."
Elzbieta 2 Reasons Why the March for ..."
Browse Our Archives
get the latest updates from
Cosmos The In Lost
and the Patheos
Catholic
Channel
POPULAR AT PATHEOS Catholic
1

The Problem With EWTN Began With Mother Angelica
Recently, Pope Francis spoke harshly against a Catholic network which has been...
view all Catholic blogs
What Are Your Thoughts?leave a comment
Copyright 2008-2021, Patheos. All rights reserved.