I am reviewing Douglas Cambell’s tome The Deliverance of God (Eerdmans, 2009) for a review journal.  I have just begun reading this massive work and I am about 200 pages into it – a mere 20%!

I will confess that I did not spend much time in his precursor text – The Quest for Paul’s Gospel (2005).  Nevertheless, from bits and pieces I had picked up before of Quest and other essays of his, I liked his take on Paul.  Also, I myself am a fan of the ‘Paul and Apocalyptic’ school and, though Campbell rightly confesses that Lou Martyn has been its most well-known advocate, I think it was J.C. Becker who enchanted me to reading Paul this way (and also my supervisor John Barclay’s encouraging me to give Kaesemann and try).

So what of the Deliverance of God?  I must say that it has been, so far, a stunning and bewildering critique of the popular soteriological position – Justification theory (which he associates with Luther, but follows its logical and philosophical character apart from the work of just one scholar).

In the first 200 pages, his critique is logical and philosophical.  He draws in some history-of-interpretation issues, but his overall point is that “Justification theory,” the dominant view of most Christians and many (especially protestant) scholars, is incoherent, individualistic, deeply inconsistent, patchy in terms of focusing on what Paul focuses on, and even harmful to Christian thought.  If nothing else, though Campbell can be accused of using the term “obviously” or “clearly” too much, he problematizes Justification theory in a way no one else has done in the past.

Since I am a Methodist, I resonate with many of Cambell’s concerns –why does Justification theory (JT) not have a thoroughgoing pneumatology?  What about the empowerment and impulse for ethics?

At the same time, and again I want to repeat that I am only a short way through the book, Campbell is deeply concerned that JT presumes that fallen humanity can really think through their own depravity and find “faith” to choose Christ and accept God’s offer of salvation.  For Campbell, Paul’s hamartiology is far too serious to allow for this kind of “rationalistic” and “contractual” approach which sees humanity as fallen, but still epistemologically functional.  In Campbell’s mind, Romans 5-8 paints a picture of a hopelessly blind humanity that needs LIBERATION – that is, God’s one-sided unconditional deliverance to change the world and free, that is, DELIVER humanity from bondage to oppressive powers – SIN and DEATH.  While I resonate with the apocalyptic tones in his very colorful portrait of Pauline theology, it comes across as either Calvinistic (humanity is too lost to choose God, so God does some choosing), or universalistic (God’s apocalyptic deliverance is absolute).  I think, and I say this only knowing part of Campbell’s argument, that if he pushes the election part too far, then Paul loses his prophetic voice – the prophet (who figures prominently in apocalyptic discourses as God’s own herald), keep in mind, preached judgment as well as hope and the covenantal people were addressed as if they had the choice (or at least were responsible for their choice) of renewed obedience (I think of the prophetic Psalm 78).

So far, though, it is very gripping reading.  My only wish was that he launched his attack in stages, releasing two or even three different books (perhaps in rapid 6-month successions).  The first part of the book (so far) is very compelling and I think it is the part that will end up influencing scholarship.  At the SBL review session, I was introduced to some of his thinking specifically on Romans 1-4 and I can sense that this seems a bit more idiosyncratic.  We will see, of course.  I delay judgment until I have heard him out – all 1000 pages!

I encourage Paulinists out there to really set aside some time to work through this book.  Whether or not it ends up doing in scholarship the kinds of things Campbell hopes for, it will stand as an excellent piece of literature – carefully crafted and planned and he has clearly done his homework.  Doctoral students can see here what it means to tackle an issue (especially a large issue) from every angle.  But please, when you publish, don’t do endnotes as Campbell did.  I think he did it to save some pages (and I can appreciate the need to make production cheaper).  But so far I have consulted absolutely no endnotes.  Shame on me, but I blame the format.  As I always do. 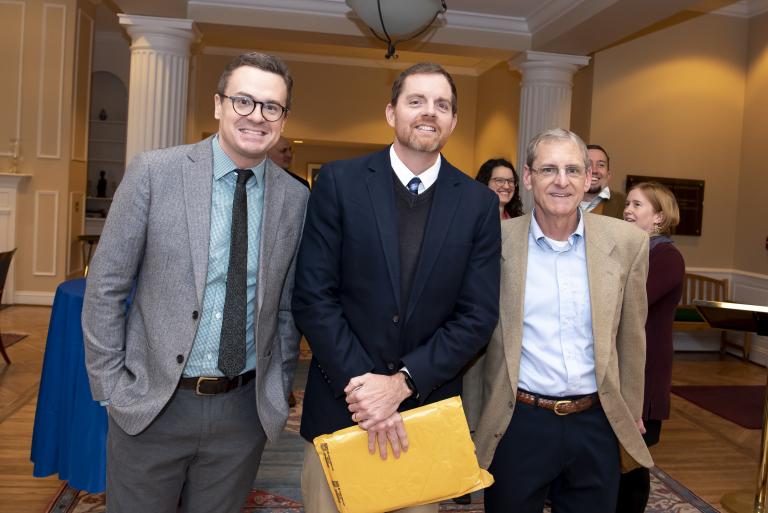