I have been rather intensely studying the Colossian Household Code as of late in view of my commentary research and in conjunction with the grad class I am teaching on Paul’s prison letters. Recently I stumbled across the FS for David Balch called Text, Image, and Christians in the Graeco-Roman World (PTMS; W&S, 2012). One essay, by Dennis Smith, is called “The House Church as Social Environment” and I found it fascinating. In particular, Smith argues that since the house church was the foundational social context for Christian communal worship, one is obligated to study how such a physical environment would have shaped social dynamics and worship practices. I will underscore several points he makes in the essay.

1. We need to stop using archaeological remains of elite houses as models for early Christian worship settings. It is unlikely they had such elites among their ranks, so we must work with houses representative of a “much more modest social level” (7)
2. “Whatever christian gatherings consisted of, whatever form of worship or ritual was practiced, it would have been fully adapted to and integrated into the house environment” (p. 8) For example, by necessity, it is likely that the dining room was the place of assembly, because it was a “default” room for social gatherings.
3. “The house was already established culturally as a worship/ritual space” (p. 9) – he makes the point that it would have been strange for young Christian patrons to immediately remove shrines to “household deities” from their houses during worship. Implicitly, Smith seems to be presuming a natural kind of syncretism. I am not sure this is quite so “natural” of a presumption, especially if Paul popped in once in a while or made such teaching about removing shrines/idols explicit in his preaching.
4. “We should estimate the size of [a Christian] gathering based on the probable size of the default meeting space and, if the group grew larger, then we should assume that another house church would be organized to accommodate the overflow” (p. 11). Smith thinks guesses of 40 people for a house church is way too high, especially if the group remained primarily in a dining room (the “default space”) and not the atrium. Though he doesn’t say explicitly, he seems to hint at the more probable size for a house church being 8-15.
5. “Access to the house church gathering would take place by means of the cultural process of hospitality; one had to be an invited guest or member of the household” (p. 14) One implication, if Smith is correct, is that the church meeting would not have “walk-ins.”
6. “The house setting would necessitate addressing social and gender stratification” (p. 16) – this is where the Household Codes would come in… Smith hypothesizes that questions pertaining to household members’ relationships may have even became an issue precisely because of conflict and confusion in the dining hall and meal practices during the worship meeting.

May 15, 2012 House Size, Family Structure, and a Flexible Code??? Fee on the Household Codes in Social Context
Recent Comments
0 | Leave a Comment
Browse Our Archives
get the latest from
Crux Sola: Formed by Scripture to Live like Christ
Sign up for our newsletter
POPULAR AT PATHEOS Evangelical
1

Can You Be a Baptist and...
Roger E. Olson
Related posts from Crux Sola: Formed by Scripture to Live like Christ 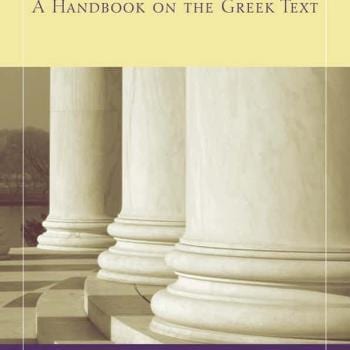 Evangelical
FB Public Lecture: Women of Influence in the...
Crux Sola: Formed by Scripture to Live like Christ
TRENDING AT PATHEOS Evangelical