This fall, Hendrickson will publish a Festschrift for G.K. Beale entitled From Creation to New Creation: Biblical Theology and Exegesis, co-edited by Benjamin L. Gladd and Daniel M. Gurtner.

I was able to get a sneak peek of the book and it will contain over a dozen essays from a number of well-respected evangelical scholars such as Daniel Block, C. Hassell Bullock, John Currid, Gordon Hugenberger, Richard Bauckham, Roy Ciampa, Dan Gurter, Doug Moo, Nick Perrin, Rikk Watts, and D.A. Carson. Theologian David F. Wells has written the foreword.

When the book has been properly published, I will share more about the individual chapters. For now, I will say that, while I don’t share with Beale the same enthusiasm for the defense of an inerrantist position on Scripture, I have admired his work in Biblical Theology and exegesis. When I was at Gordon-Conwell, Beale had already moved on to Wheaton. However, he had a majorimpact on the Bible program (and still does, I imagine).

For the main exegetical method course all MDIV students took, we were required to purchase a stack of papers called the “Beale packet” – charts, and steps, and methods developed and promoted by Beale at GCTS, and copied out and re-distributed by other faculty. His passion for meticulous exegesis was the stuff of legend.

For some basic information on the book, see here.

August 12, 2013 Tom Greggs introduces Karl Barth (great video resource)
Recent Comments
0 | Leave a Comment
Browse Our Archives
get the latest from
Crux Sola: Formed by Scripture to Live like Christ
Sign up for our newsletter
POPULAR AT PATHEOS Evangelical
1 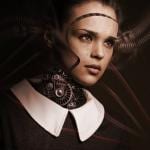 Can Startups Design Religions?
It’s been a number of months since I finished Eugene McCarraher’s behemoth...

Was Jesus’ Murder an Honor Killing?
Why did the people who murdered Jesus kill him? What was their...

Conversations in MelbournLandia?: Mike Bird and I talk...
Well, I can't call it "Coffee Talk," because Mike hates coffee. He's...
view all Evangelical blogs
What Are Your Thoughts?leave a comment
Copyright 2008-2020, Patheos. All rights reserved.