Don Hagner on the Purpose of Matthew – Revisited

When I was in seminary, I took an exegesis course on the Gospel of Matthew (about a decade ago!). Our main textbook was the two volume Word Biblical Commentary set by Donald Hagner, published in the mid 1990’s. We all found it very stimulating, exegetically and theologically. I still appeal to it regularly for my own research.

Now, a couple of decades later we have Hagner’s 2012 The New Testament: A Historical and Theological Introduction (Baker). No doubt he has thought more and revisited some of his earlier positions and concerns. I found insightful his latterly comments on the purpose of Matthew in its context. 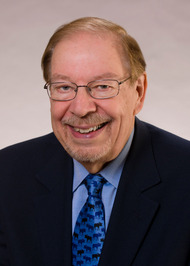 Jewish Christians have always found themselves in a kind of existential ambiguity, not least in the first century. To their Jewish family they have always had to answer charges such as disloyalty to the religion of Israel, disloyalty to the Mosaic law (or at least of association with others who fail to observe it), and affiliation with an alien, if not pagan, religion, the large majority of whose adherents are Gentiles…Matthew’s original readers were in an unenviable position, in a kind of ‘no-man’s-land’ between the Jews and Gentile Christians, needing to reach back for continuity with the old while at the same time reaching forward to the new work that God was doing in the largely Gentile church—simultaneously answerable, so to speak, to both Jews and Gentile Christians….Matthew is a ‘community book,’ written to meet the immediate needs of a particular readership. The Evangelist intends to help his readers understand their new faith as being in continuity with the faith of their ancestors, as the fulfillment of the Scriptures, and as the beginning of the realization of the hope of Israel. The author wrote, above all, for the church, to interpret the Christ event, but also to instruct and edify the Christians of his own and future generations” (209, 212).

September 30, 2013
Call for Papers: Paul and Judaism
Next Post

October 3, 2013 Why Catechesis? Pope Benedict Said - For Faith Proposed
Recent Comments
0 | Leave a Comment
"Jesus,He is the one person in Christian history that has it right for sure. He ..."
davidt Why Is It So Hard to ..."
"OK, so I know that I am very late coming to this, and who knows ..."
Phil Thomas What Does a Seminary Professor Do? ..."
"There is no one universal definition of translation. Not sure what Hebrew textbook you are ..."
Nijay Gupta Translating Philippians: 4:1-23
"No I didn't (although I have been learning Hebrew). I can, however, read a dictionary, ..."
Iain Lovejoy Translating Philippians: 4:1-23
Browse Our Archives
Follow Us!

A List of Sins from the...
Christian Crier
Related posts from Crux Sola: Formed by Scripture to Live like Christ

Evangelical
Gospel of Luke: 5 Books Every Pastor Should...
Crux Sola: Formed by Scripture to Live like Christ

Evangelical
Study Philippians Online with Me This Summer: Open...
Crux Sola: Formed by Scripture to Live like Christ
TRENDING AT PATHEOS Evangelical