Craig Keener responds to MacArthur in a masterful review

About a month ago, I started to see chatter on Facebook about John MacArthur’s new book Strange Fire which criticizes the charismatic Christian movement en toto. Even before the book was released, I began to see reviews (from those who obtained pre-published copies, I assume). What I read about MacArthur’s unrelenting condemnation of charismatics was disturbing to say the least. I went to seminary with plenty of charismatic friends, I teach many such students now, and I just spoke at an AG youth worker’s summit and I had a wonderful time with them. (Also, I may be Gordon Fee’s biggest fan.)

So, it struck me that someone in the Biblical Studies realm needs to read this book and give a lengthy, serious critique that separates MacArthur’s legitimate concerns from his problematic generalizations and weak arguments. So, I emailed Craig Keener (Asbury Seminary). Craig put my heart at ease and assured me that this was on his radar.

Well, I am thankful to tell you that the website www.pneumareview.com has published Craig’s review  and Craig pulled out all the stops to produce a 15-page review! It is mature and incisive, and Craig is far more gracious in listing positive aspects of the book than I would naturally be. But, to whet your appetite for Craig’s concerns, here is a snippet (caveat – this is taken out of context, but I still think it helpfully representative of concerns many good Biblical scholars do or will have with the book): 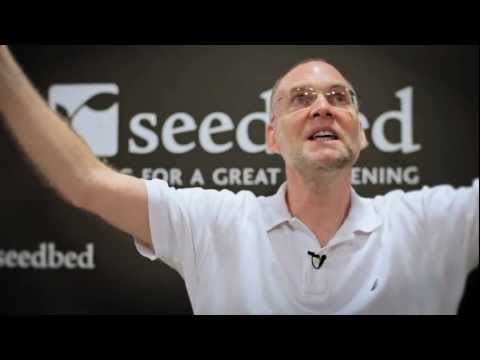 Although I never watch horror movies, for once I think I can identify with the thrill some people get from watching them. Reading MacArthur’s astonishingly broadbrushed condemnation of all charismatic experience was so over the top that I would have been tempted to find it entertaining were it not for the tragic likelihood that some readers will accept it uncritically. (As noted below, he does make exceptions for some of his friends, but treats them as idiosyncratic and seemingly as exceptions that prove the rule; e.g., 235.)

MacArthur’s aim is so scattershot that he unknowingly blasts even many of his fellow critics of excess. He practices guilt-by-association in such an indiscriminate way, and sometimes with such limited research, that some will be tempted to charge him with slandering fellow believers. The biblical foundations for his defense of hard cessationism are so fragile that they barely warrant me squandering space to critique it in this review

November 18, 2013
Getting Serious about the Sermon on the Mount
Next Post

November 21, 2013 Has DJ Moo now written the #1 Galatians commentary of all time?
Recent Comments
0 | Leave a Comment
Browse Our Archives
get the latest from
Crux Sola: Formed by Scripture to Live like Christ
Sign up for our newsletter
POPULAR AT PATHEOS Evangelical
1

Progressive Christians are More Political than...
Cranach
Related posts from Crux Sola: Formed by Scripture to Live like Christ