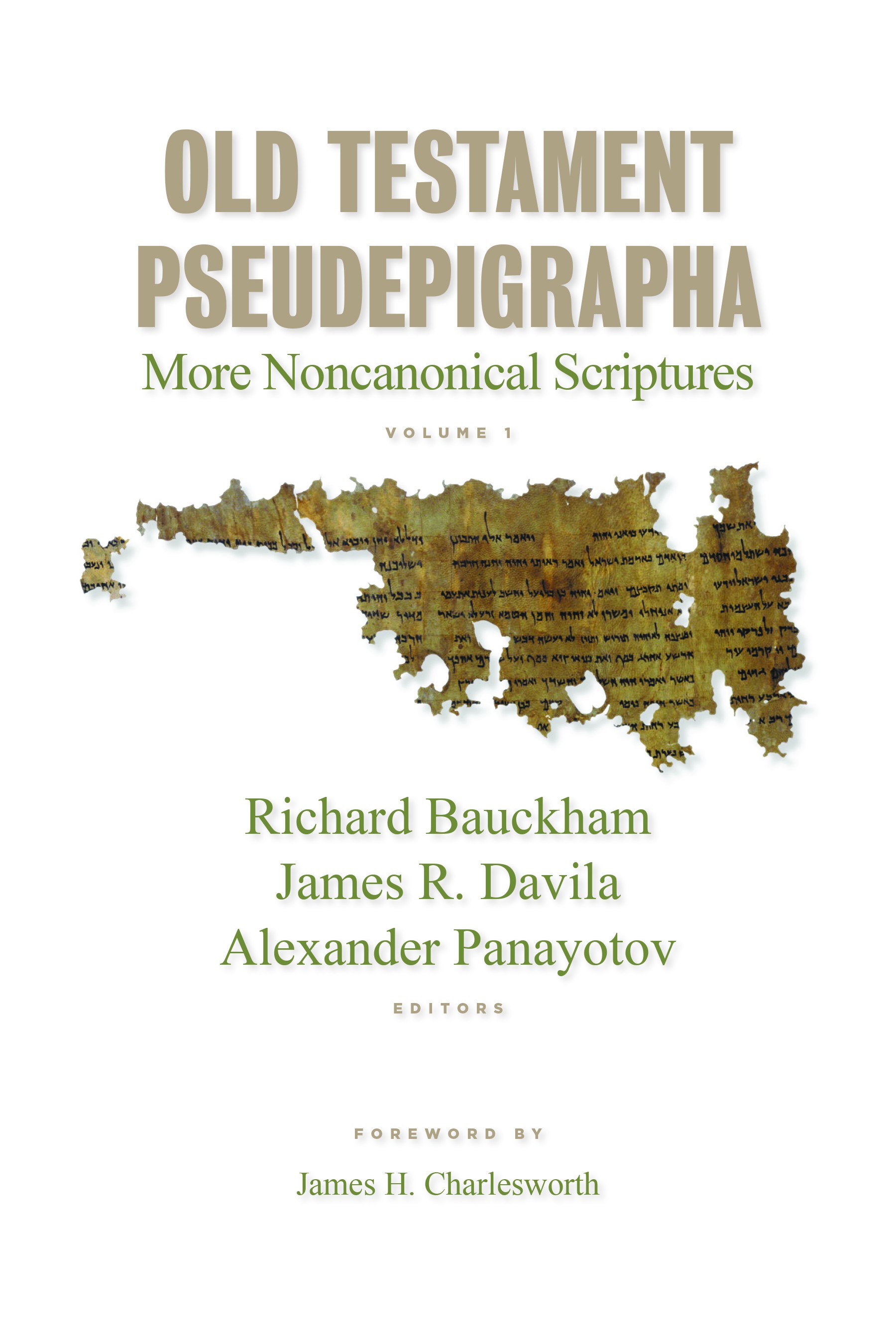 (2) Later texts. The Charlesworth OTP focused on texts that give insight into the literature produced near or in the time of Second Temple Judaism. The Bauckham/Davila OTP expands that later to include texts right up to the rise of Islam (7th century CE). It is not that OTP literature suddenly stopped being produced after that. The editors, though, felt this to be a reasonable breaking point to keep the volumes of reasonable size.

(3) Some re-published texts in other versions/languages. To say this is “more” OTP is not to say there are no texts that already appeared in Charlesworth’s OTP. For example, the Bauckham/Davila OTP includes the Coptic version of Life of Adam and Eve. But they only included previously-published OTP texts where they had new insight from new information.

(4) Some early Jewish texts. Also, to say that many of these texts included are of later origin than most of the Charlesworth texts is not to say that none of the Bauckham/Davila texts date back to early Judaism. These includes, for example, Aramaic Levi, Hebrew fragments of Testament of Naphtali, and The Book of Giants.

(5) Possible early Jewish texts. There are some texts in this OTP that could date back to the Second Temple period, including Songs of David and Coptic Jeremiah Apocryphon.

(6) Later texts containing early Jewish traditions. This is very difficult to prove, but this worth considering as the editors suggest (cautiously).

(7) Relevance of post-first-century OTP texts. One might wonder, if many of these OTP texts in this collection originate after the first century, what good are they to researchers in the fields of New Testament and early Judaism? The editors suggest that readers think carefully about how these texts aid such researchers in the area of reception history. NT writers may not have used or interacted with these texts, but they still attest to the later interpretation of the same kinds of OT texts that were of interest in the first century.

(8) Beware of parallelomania and plundering. The editors urge readers of these OTP works to avoid sifting and plundering these texts for parallels and quick comparisons and contrasts to NT texts. Such has been done extensively with the Charlesworth volumes and many researchers have failed to read these OTP texts in their literary context and on their own terms.

(9) Two volumes, only one released. Eerdmans has released only one volume so far. The second one, it appears, has been planned in some detail, but its release is still forthcoming (and I did not see it in the Spring catalogue). The editors mention that they have no plans to go beyond a second volume.

(10) Charlesworth’s Extra 3. James Charlesworth, while not an editor for the new OTP volumes, wrote a nice foreword, and in that he discusses three documents that should be added to the older Charlesworth OTP, but did not appear in that collection: the Book of Giants, the Apocalypse of Elchasai, and the Apocalypse of Pseudo-Methodius. As far as I could tell, only the Book of Giants will appear in Bauckham/Davila. (Can anyone correct me on this?)

When I was in seminary, many of us interested in biblical interpretation took an elective course called “Jewish world of the New Testament.” It was standard procedure to purchase the Charlesworth OTP as well as a good translation of the DSS. Over the years I did research with Charlesworth quite extensively. A few years back, I picked up the OTP on Bibleworks and Logos. I cannot tell you how helpful it has been, thematically, conceptually, historically, and lexically for NT studies. When I wrote my Colossians commentary, for example, I found the Testament of Job to be particularly insightful for making some sense of what the Colossian philosophy may have looked like.

Now, as you can imagine, the new collection in Bauckham/Davila will become an important resource for aiding New Testament study, though not as directly or clearly as the Charlesworth works (esp because of the later origins of many of the texts). Also, while many Charlesworth OTP texts appear in Greek (and make for easy lexical/semantic resources), the Bauckham/Davila texts represent a variety of languages (e.g., Coptic, Syriac, Hebrew). In any case, I think the next edition of the SBL Handbook of Style will have to include a new abbreviation category for this, but OTP is already taken! How should this new set be labelled? OTP2013?

Lastly, while I have noted Bauckham’s/Davila’s note of caution about merely stripping these texts for NT interpretive insights, I cannot help but wonder what light is shed on the world of Jesus and the apostles in the texts of earliest origin in these newly published fragments and books. I may do a bit of study and blog on some of these texts from OTP2013.

December 6, 2013 Spurgeon's Insightful Quote about Faith-Hope-Love
Recent Comments
60 Comments | Leave a Comment
"I have worked extensively on Colossians, I even wrote an article on authorship, the arguments ..."
Gupta Nijay Newell Lectures ’21| Hidden Christian Figures: ..."
"I am in broad agreement. Have you read the 2018 article in ZNW: "Euodia, Syntyche ..."
Richard Fellows Newell Lectures ’21| Hidden Christian Figures: ..."
"I found Jerome Walsh's commentary in the Berit Olam series to be outstanding. It is ..."
Brian Small My Top Six OT Commentaries: 1-2 ..."
"Thank you again for another good list - but I confess puzzlement at the absence ..."
Jim Gordon My Top Six OT Commentaries: 1-2 ..."
Browse Our Archives
get the latest updates from
Crux Sola: Formed by Scripture to Live like Christ
and the Patheos
Evangelical
Channel
POPULAR AT PATHEOS Evangelical
1